In the previous strategy article we had a look at ICM implications at MTT satellites and today we'll continue to look at satellite strategy when on the bubble.

We’ll compare nash shoving and calling ranges to more realistic ones we can see in game and also why in these kinds of spots it benefits all players to play a cooperative strategy to try and secure the ticket.

We’ll look at a hand that was submitted by a member of PokerPro World Facebook Group, to use a real life example since there was a lot of different opinions on how the hand should be played and we’ll try to uncover what the right answer is.

In this satellite there is 5 players remaining and the prize pool is distributed in the following: first 3 places get a $215 ticket and the 4th and 5th only get $27. So even though we are technically in the money the money jump from 4th to 3rd is very significant which means that the ICM implications are very big. 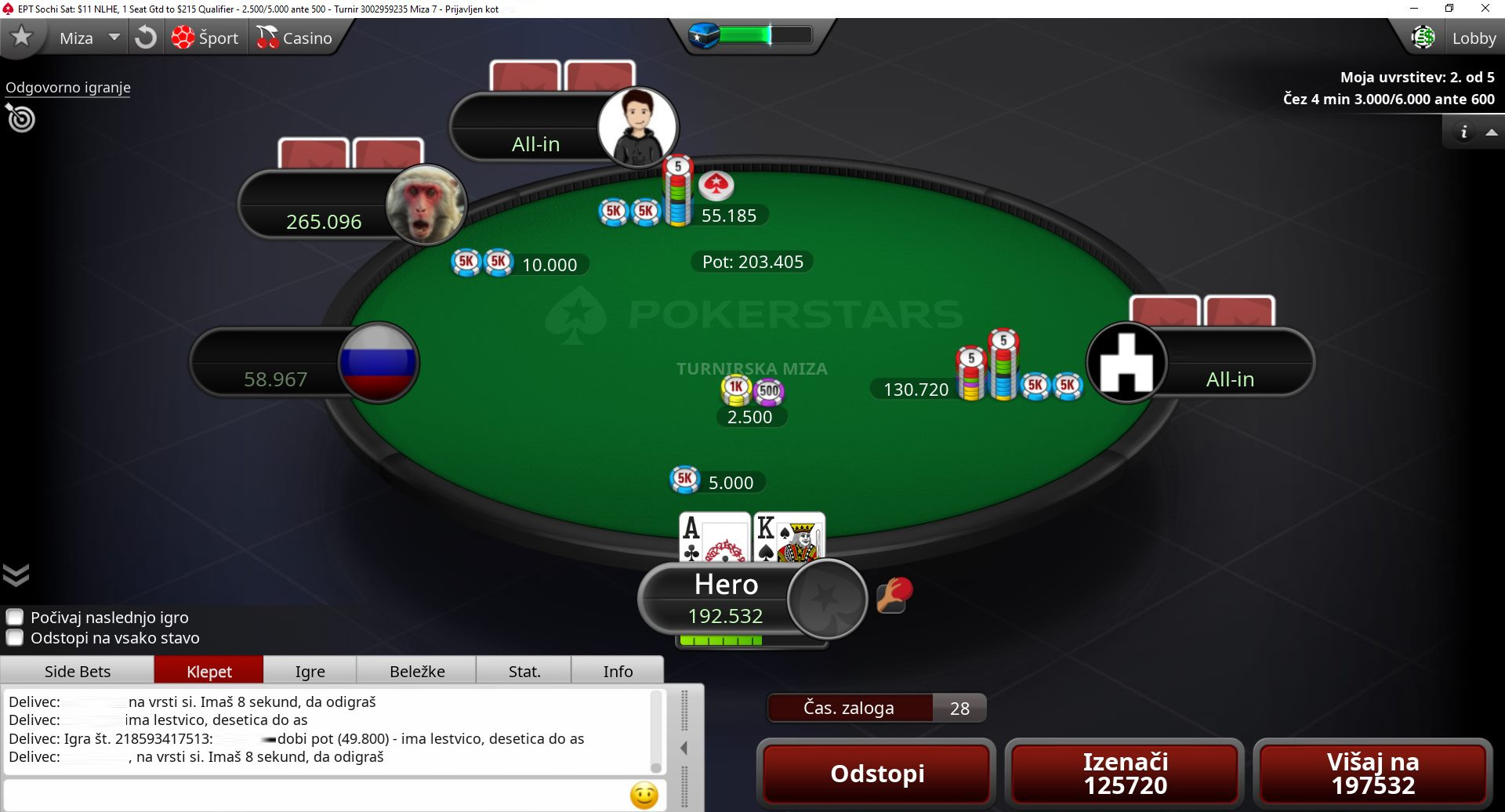 The hand starts with two equal stacks that both have around 12bb, a big stack with around 50bb and two middle stacks with around 30bb each.

The bigstack minraises the CO, the shortstack moves all in from the BTN and the SB rejams. Our hero finds himself in the BB with AKo with an interesting dilemma. If he calls and wins the hand he guarantees himself a ticket by knocking out two players, but if he loses versus the other middle stack he is now also in the danger zone with around 14bb remaining.

First let’s see how Hero should respond versus opponents playing a optimal strategy. 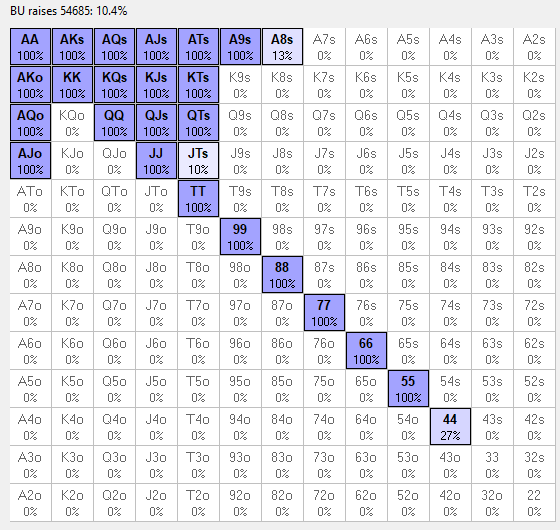 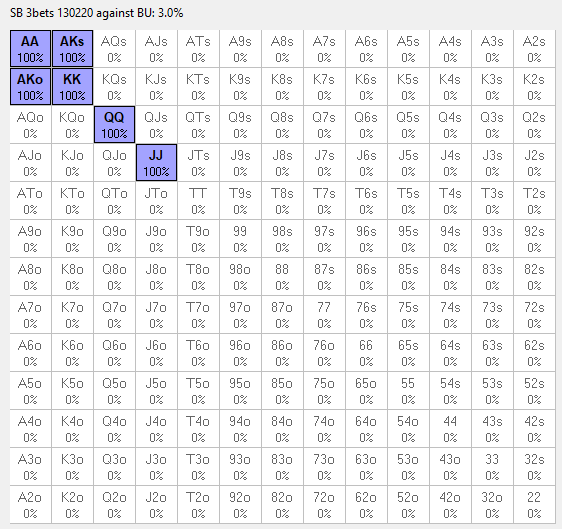 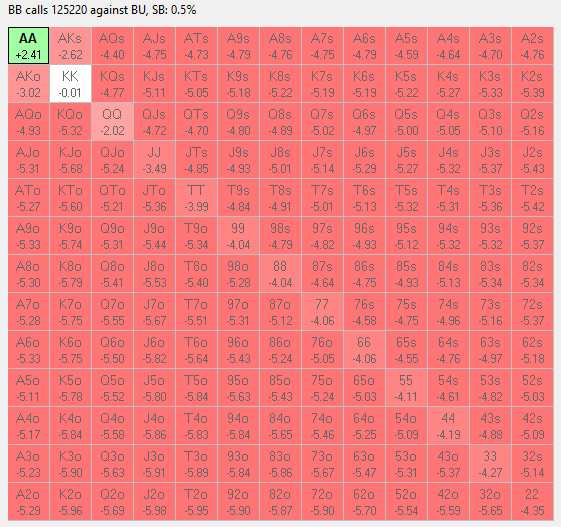 Since the CO covers all players that are left behind him he gets to open around 20% and not call of too wide which is way the BTN gets to shove approximately 10% of his hands. The thing start to get interesting in the SB shoes who can only call with JJ+ and AK since he could be risking his tournament life versus the CO with two shorter stacks still in the tournament.

And now to our Hero. As you can see facing optimally playing opponents he only gets to call AA with KK being very slightly losing.

Below you can see the ranges we would play, if we found ourselves against more realistic opponents in this kind of spot, since our calling range can change quite a lot, if we assume that our opponents are playing differently. 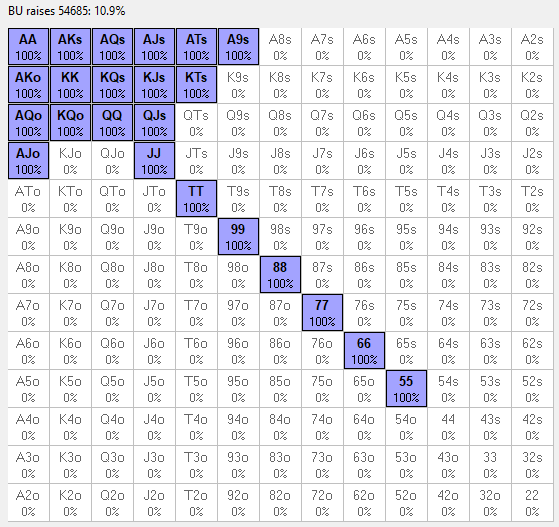 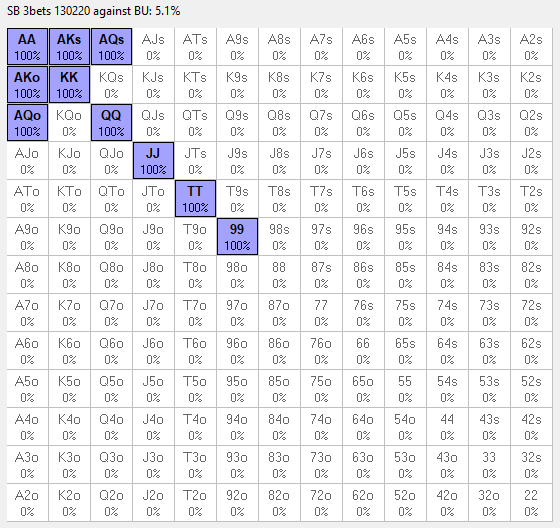 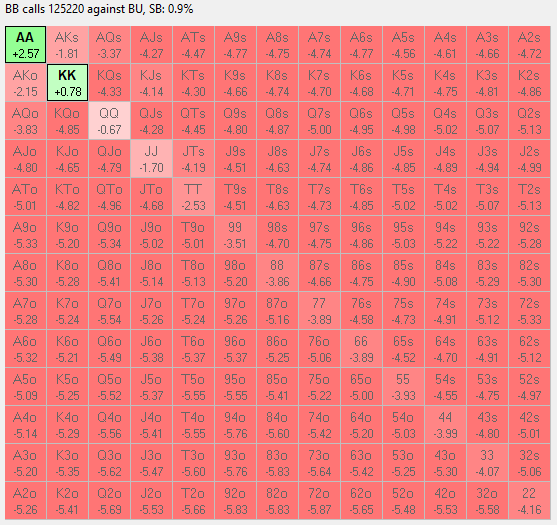 As far as the BTN rejam range goes we don’t expect it to change much and it stays around 10% with only a slightly different composition. In the SBs shoes however we see a lot of the time players calling wider in this case we put it at 5%.

Our range doesn’t change drastically though we only get to call KK now and we still have to fold all other hands. Even if we add 88+ ATs AJo KQs to the SB reshoving range we still only get to call a bit wider (QQ is borderline profitable) and I don’t ever expect the SB to go wider so we can air on the side of being safe and keep calling KK+ only.

Now let’s talk about a concept that we think is beneficial to implement in this kind of spots.

Cooperative play basically means that when a shorter stack goes all in we don’t want to take aggressive actions and rejam like the player in the SB did but instead just call and let the BB and CO in the pot with more hands so there’s a bigger chance of knocking out the shortstack and in turn getting closer to the ticket. 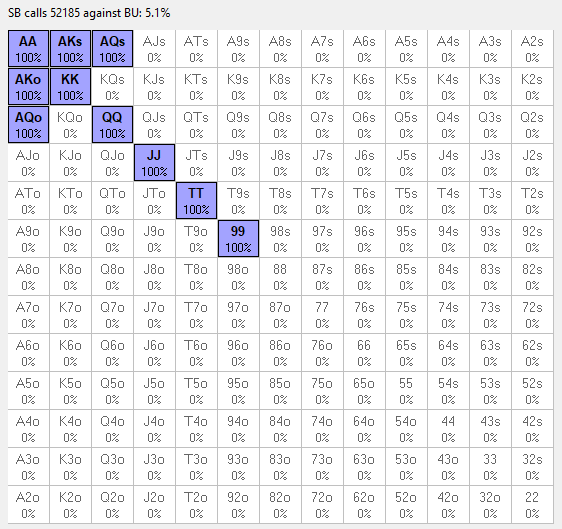 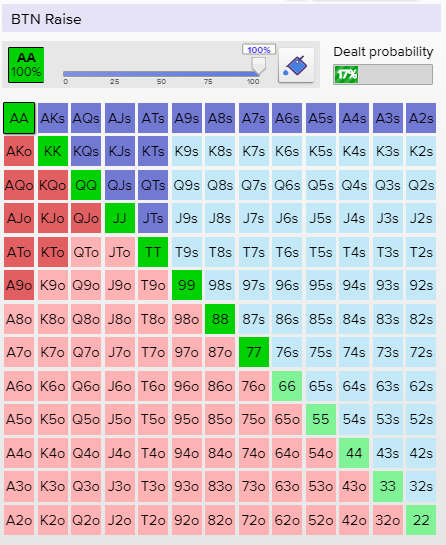 We can see that if we the SB just calls the rejam instead of 4-beting we can now call with JJ+ which may seem like a bad thing to do for the SB but since this is a satellite and he doesn’t really benefit from getting the BTNs chips it makes sense to do so.

The best thing is that even if the BB doesn’t want to join our strategy which he should since it’s going to net him the most EV in the long term and jams over our call our response is very easy. 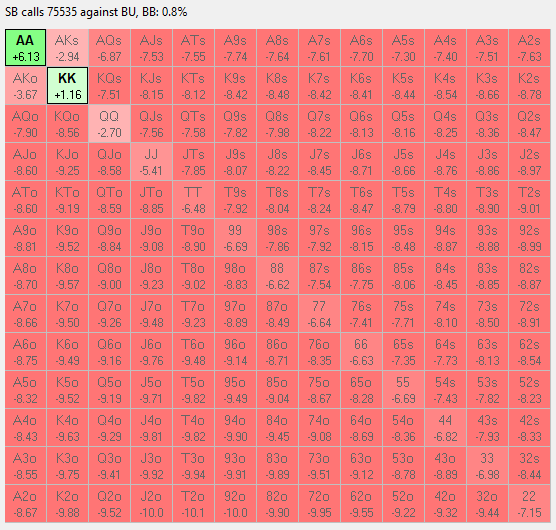 We just fold everything except KK+ and by doing that avoid some coolers and our overall strategy is still not exploitable.

In our example the hero made the correct fold with AKo, which as we can see would cost him a lot of EV and he correctly identified that he needs to be very tight in this spot.

Would you find the fold or would you try and get the tournament over with by knocking out the 2 players?

Additionally if anyone else has any interesting hands they would like to have reviewed you can post them in the PokerPro World Facebook Group and we will take a look at some of the interesting ones.