Progressive Knockout Tournament (PKO MTTs) are one of the most popular format of poker in the last few years among both recreational and professional players, as you get a special money prize (bounty) for knocking out a player.

In this strategy article we'll present few basic information about PKO MTTs, which will quickly picture why this format is so popular.

What are Progressive Bounty MTTs?

IN PKO MTTs half of the buy-in is reserved for bounty prize poll, from which half you can win right away and the other half goes into the head of the player who eliminated the other.

That’s the reason it offers more action, everybody playing much wider than usual, with winning money right away by eliminating players and bounties getting progressively bigger as we go deeper in the tournament.

One should play wider, but it’s important to not go too crazy and that’s what we’ll try to learn today.

More specifically, we will try to illustrate how much wider you should play, by calculating calling ranges facing a shove and compare that to a standard MTT where no bounties are in play.

When approaching these kinds of spots we transform the bounty that we can win into chips that are already in the pot like antes and blinds would be in a normal tournament.

Until not long ago we would take a program like Pokerstrategies Equilab enter our opponents shoving range and find a range with enough equity that can call the shove with the extra odds that the chips we translated from the bounty gives us. These days though it’s much easier with programs like ICMizer that do all the hard work for you.

Let’s take a look at the difference in both the shoving and calling range between an MTT with and without a bounty. 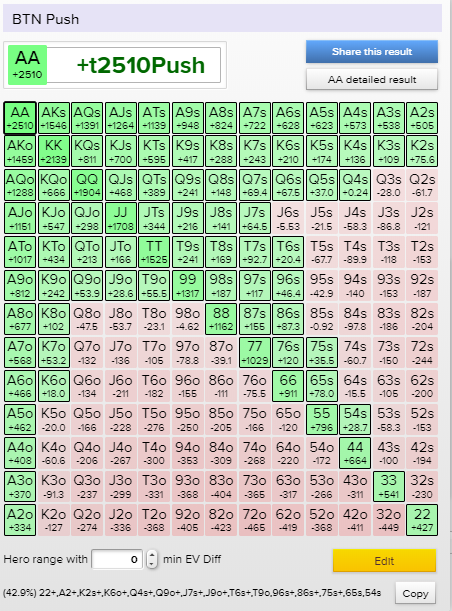 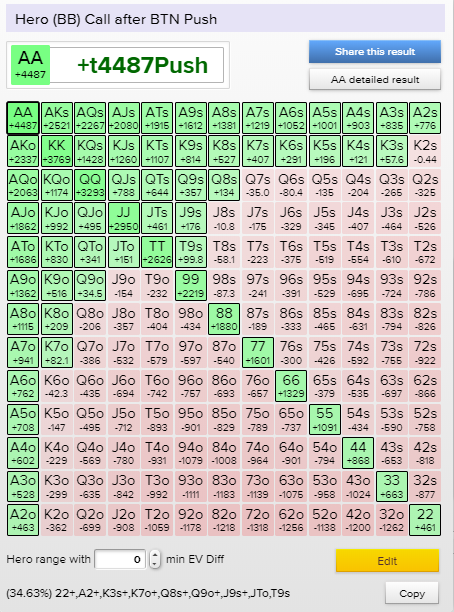 As we can see in a normal tournament without ICM the BTN shoves 42.9% of his hands and the BB calls with 34.63% of his hands. This is a good starting point if you ever find yourself in a situation where you have a 10bb stack or are facing a 10bb shove at the start of the tournament.

Now let’s see how the ranges change when we introduce bounties to the equation. 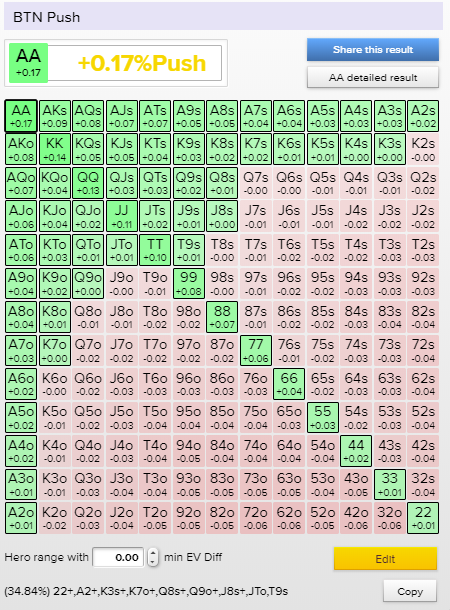 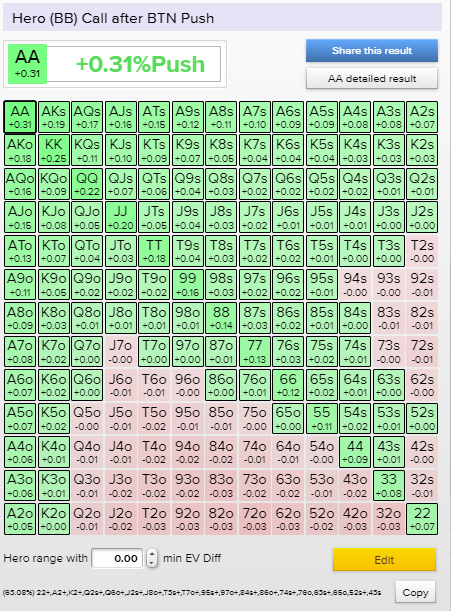 We have to start with the calling range which obviously widens from the 34.63% all the way up to 63% since we have more incentive to call because of the possibility of winning the bounty. In turn we have to be shoving tighter - from 43% to 34% because we have less fold equity.

The hands we start folding are mostly suited connectors and gapers which tells us that ICMizer prefers to shove with hands that have high card value and are more often ahead of the wide BB calling range.

An interesting question that we could ask ourselves is how big does the bounty have to get where we can start calling any two cards in the big blind in the same situation. 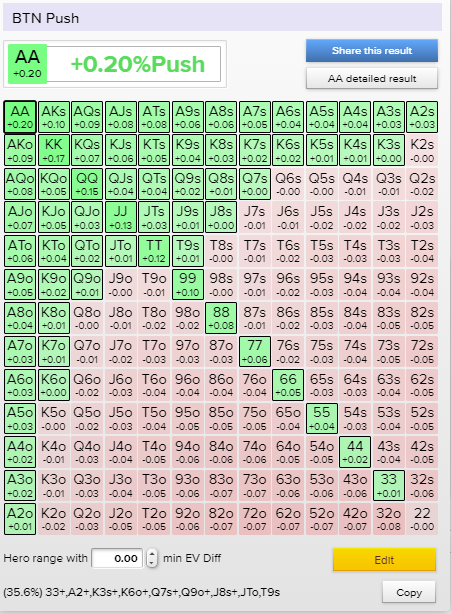 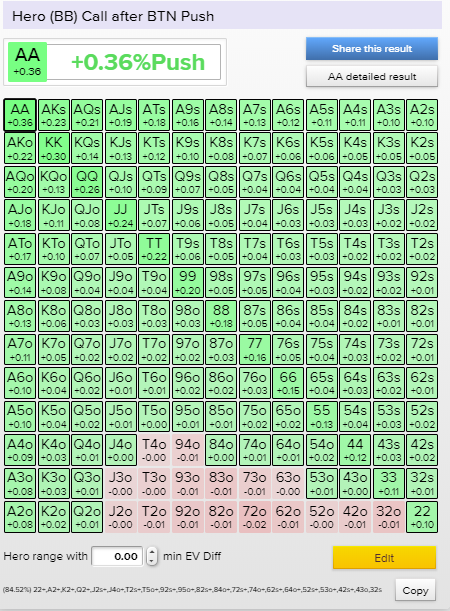 We can see that our calling range widens quite a bit, it goes all the way up to 84% even though we are risking half of our stack but the bounty is just to entacing to pass this kind of spot up.

If we increase the bounty to 2x however we can see that we can in fact start calling all of our hands from the BB and still show a profit. On the other hand even though our fold equity decreases when our bounty gets bigger we start shoving more hands from the BTN - from 34% to 39% since now the BBs calling range is so wide that we show a bigger profit with some of our hands and they become profitable shove not because of the fold equity but because we get value from the calling range. 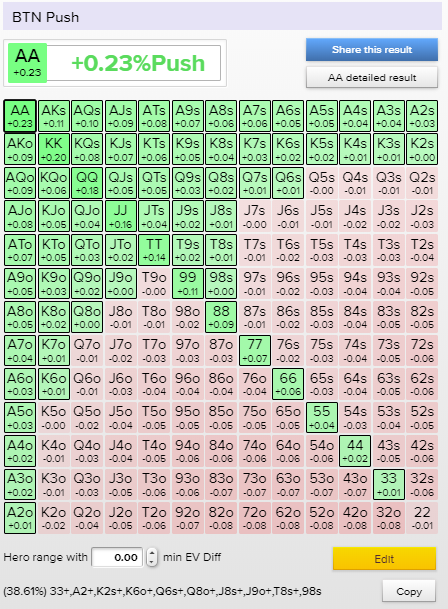 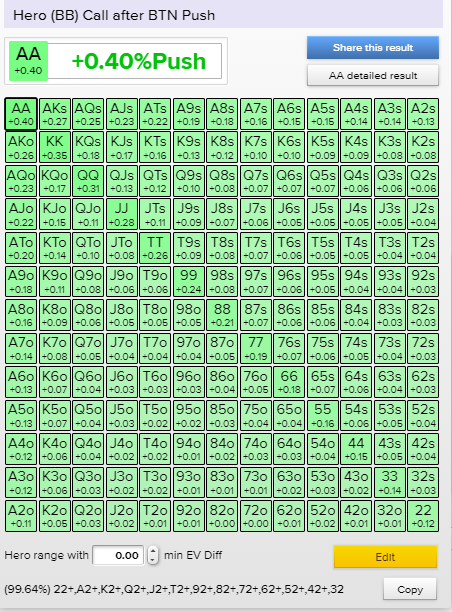