Today we’ll be looking at a very important concept in tournament poker that can affect your winrate in a big way. We’ll be talking about ICM.

The abbreviation stands for Independent Chip Model, which may sound very fancy but it actually just tells us how we need to change our play from the time we start to approach the money all the way until heads up, since the value of chips we have doesn’t correlate with the amount of $ those chips are worth like they would be let’s say in a cash game.

To be more precise: the more chips we have, they worth less so that implicates a lot of changes in our game plan depending on the state of the tournament we are in.

The effect of ICM becomes especially important on final tables, since we can make a lot of extra money with just being patient and letting other people bust each other thus securing payjumps.

Let’s take a look at an example of how hero’s calling range changes from the start of the tournament where we calculate our decisions in cEV (1 chip is worth x amount of $) and at the FT where we use the ICM model.

First let’s see what situation we are going to be studying: 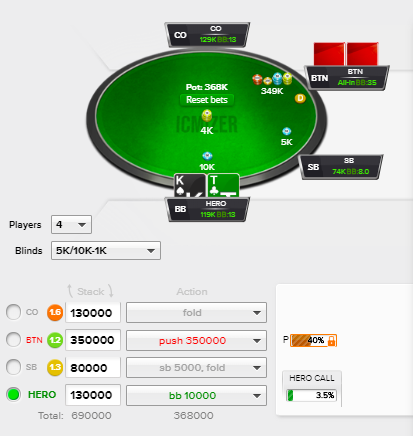 As you can see we are playing 4 handed with pretty short stacks. Blinds are 5k/10k with an 1k ante.The chip leader on the BTN has 35bb, there is a short stack in the SB with 8bb and our hero is equal middle stack with the CO who has 13bb and is facing a shove from the BTN. 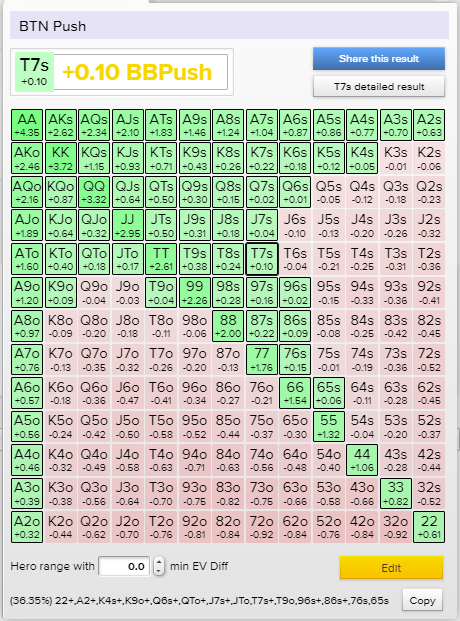 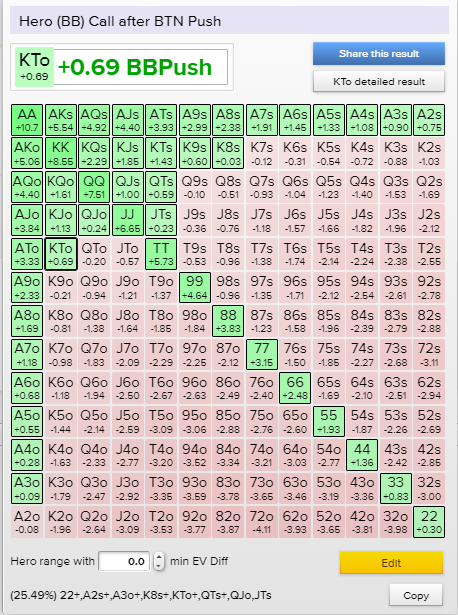 If we take a look at the cEV situation which could be applied to cash games or at the beginning stages of the tournament we can see that the BTN is supposed to shove 36% of his hands and our hero in the BB should call 25% of his hands which include  all pairs, all aces except A2o, K8s+, KTo+, QTs+, QJo and JTs.

Now let’s take a look at that same situation but let’s imagine we are at a final table with only 4 people left. 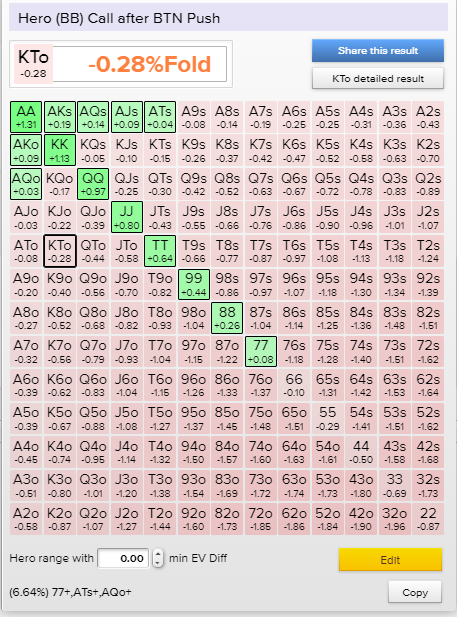 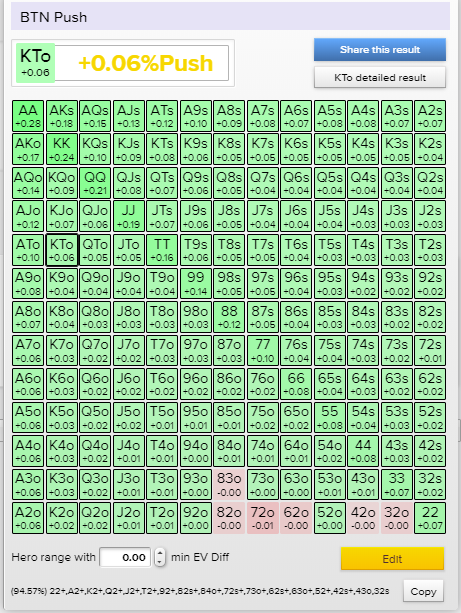 As we can see the situation changes dramatically. Because of ICM implications we really do not want to get out as 4th in this spot since there is a smaller and an equal stack at the table so we can secure two payjumps that are huge in terms of buy-ins when there are only 4 people left.

Because the BTN as the chief leader knows that he can shove extremely wide - as we can see he gets to shove almost every hand dealt - 94% and even though we know that we can still only call 6.6% or 77+, ATs+, AQo+.

As you can see if we decide to call with let’s say 66s it is a -0.10 call which may not seem like a lot but this number represents the % of the entire prize pool. The payouts we are looking at are from the Sunday Warm Up on Pokerstars which has a guarantee of $1M so calling in this spot would actually cost us $984.

The two spots we looked at above we’re assuming nash ranges which means that both of the players are playing in an optimal manner. Now let’s see how the ranges change if we assume that the player on the BTN doesn’t realize the great situation he is in and only shoves 40% of the hands instead of the 96% he could. 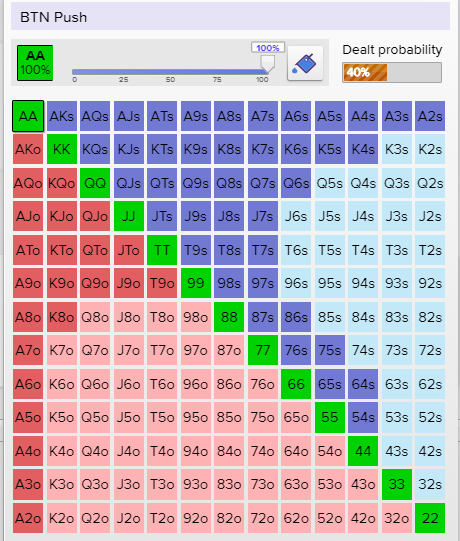 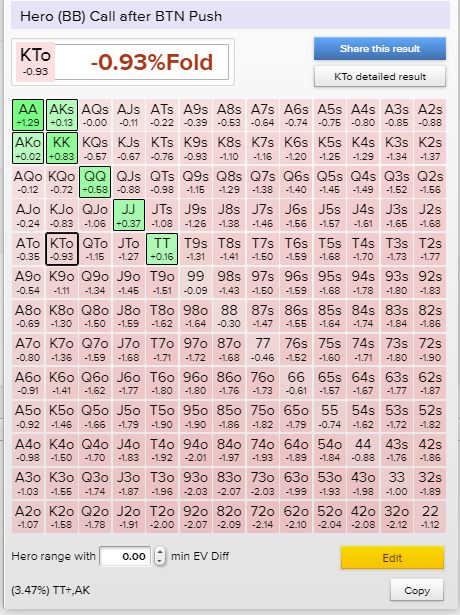 In this situation our calling range again changes quite drastically, where now we only get to call 3.5% of our hands or TT+ and AK+. If we again take a look at 66s we can see that they are losing 0,61 of the prize pool equity or  6104$ so we must be careful with hands we decide to call all ins with since mistakes can be very costly.

Shoving range of the opponent is, ofcourse, deciding factor but in a lot of instances our hands are tied and we have to be tight even though villain is very wide.

As a introduction of this very important tournament poker concept, we will conclude for today, but feedback for next article on this topic would be apreciated.