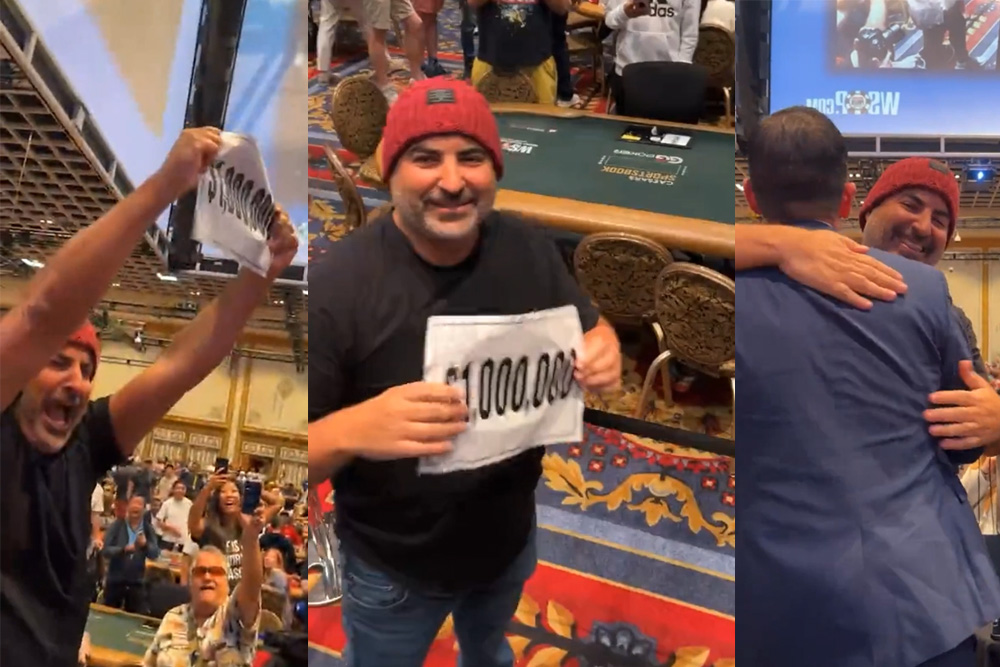 $1,000,000 bounty was drawn by none other than poker pro Matt Glantz. It doesn’t seem to be a surprise to anyone as many of his friends, and Matt himself, believed in the 7-figure score.

Got my bounty hat on today! pic.twitter.com/5kbJUngV18


The second biggest prize of $500,000 was drawn by Arin Youssefian. You can watch both winners in the video down below.

How does Mystery Bounty work? When you knock out a player from the tournament, you get a random bounty prize drawn, shown on the big screen in the middle of a poker room. If you’re lucky enough, a gold chest will be shown, which means you’re eligible for one of the big bounties ranging from $25,000 and up to $1,000,000!

You step up to the real chest operated by Jack Sparrow, pick up an envelope and if you’re lucky as Glantz or Youssefian, you might be few hundreds of thousands of dollars richer.

Million Dollar Bounty Day 2 just finished few minutes ago and the play will continue in Day 3 with about 70 players. There are still few big bounties left, biggest two being $100,000 and $50,000.

The event that was organized together with GGPoker was a massive success, as players seem to be really enjoying the thrill of a random prize. The numbers don’t lie as there were 14,112 entries, which is the second biggest field in this year’s WSOP, behind the $500 Housewarming event with 20,080 entries and bigger than $400 COLOSSUS.

Props to the @WSOP & @GGPoker: the Million Dollar Bounty event absolutely crushed it. Great atmosphere in the room. Think it has earned its own weekend come next year (Alongside the kickoff event, Milly Maker, & Monster Stack)

This bounty thing is amazing. Holy crap @wsop crushed this thing. Atmosphere is electric in here

It’s clear the Million Dollar Bounty event is massive success. Next year they need to do the 5 million dollar bounty event. Have turbo flights every night starting day 1 of the series. And day 2 is the last day of the entire series. Imagine!


The success of Mystery Bounty means, we’ll see more implementations of such format at online poker sites and live poker rooms alike. How do you like it? Let us know on social media.