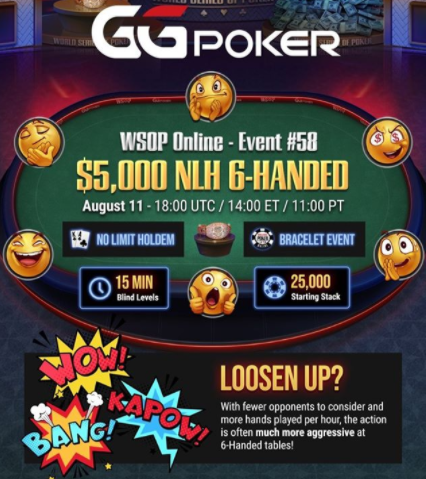 The final table of nine

Nine players made the cut for the final table, along with the Belorussian Mikita Badziakouski, who later lost to the 4th finisher, Ulm Velvelt from Estonia, and finished 7th. Heads-up match for a WSOP bracelet and a prize of $531,513 featured the brit Chris Moorman and Ravid Garbi from Israel. 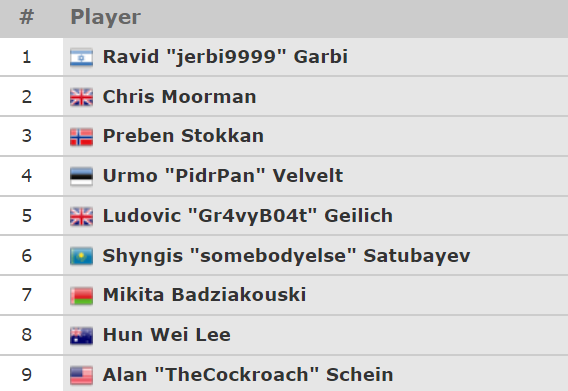 The heads-up match finished rather quickly, after about 30 minutes of play when Garbi went all-in with Kh 8c and got called by Moorman who showed Qs Tc. the board of 2d Ah 5d 6c Ac gave neither players any help, meaning Garbi won the hand with a K high hand. The Israeli players, with just shy of $30,000 in lifetime poker earnings until now, won his first WSOP bracelet and a staggering $531,513 prize. 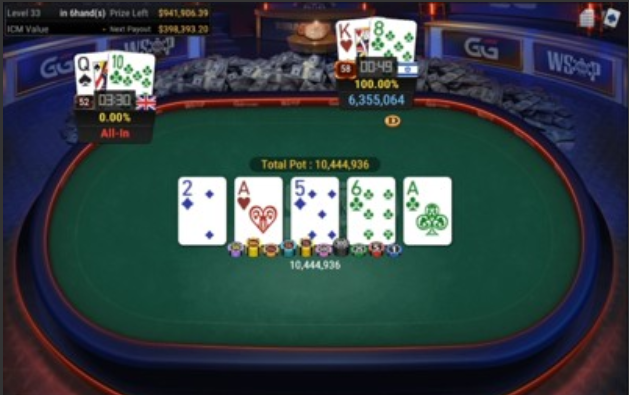