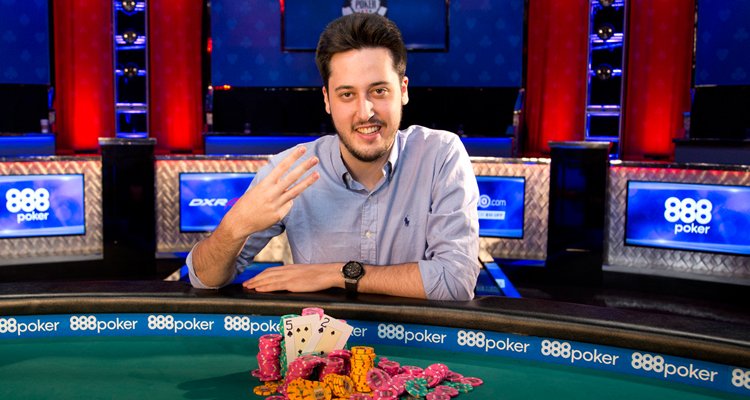 After playing in every single one of the 42 editions of the Super MILLION$ on GGNetwork (Betkings, GGpoker, Natural8, 2bet4win), high-stakes tournament superstar Adrian Mateos finally broke through in his fifth final table appearance to capture his first Super MILLION$ title and this week’s $428,624 first-place prize.

Adrian Mateos has long been one of the most successful players on the poker scene. He has won almost every event at least once during his career, so first time wins don't come often for him.

Congrats to Adrian @Amadi_17 Mateos for a great comeback in HU, winning the @GGPoker $10,300 Super MILLION$ and bagging $428,624.22 🏆, also congrats to all the bettors who bet on him to win in the GGPoker client and bought a piece of his action on https://t.co/6DHEFFN42P pic.twitter.com/cDxnytvUzj


He needed to see off the challenge of Aliaksei Boika in the final heads-up challenge of the event. However, the Spanish star never looked in danger of settling for second place at the event this past week. Boika would have been pleased with his performance though, and that was returned with winnings of $330,514. Nator was the next player on the leaderboard, as he settled for returns of $254,861 after his third place finish in the Super Million$ event.

Full replay of the final table: