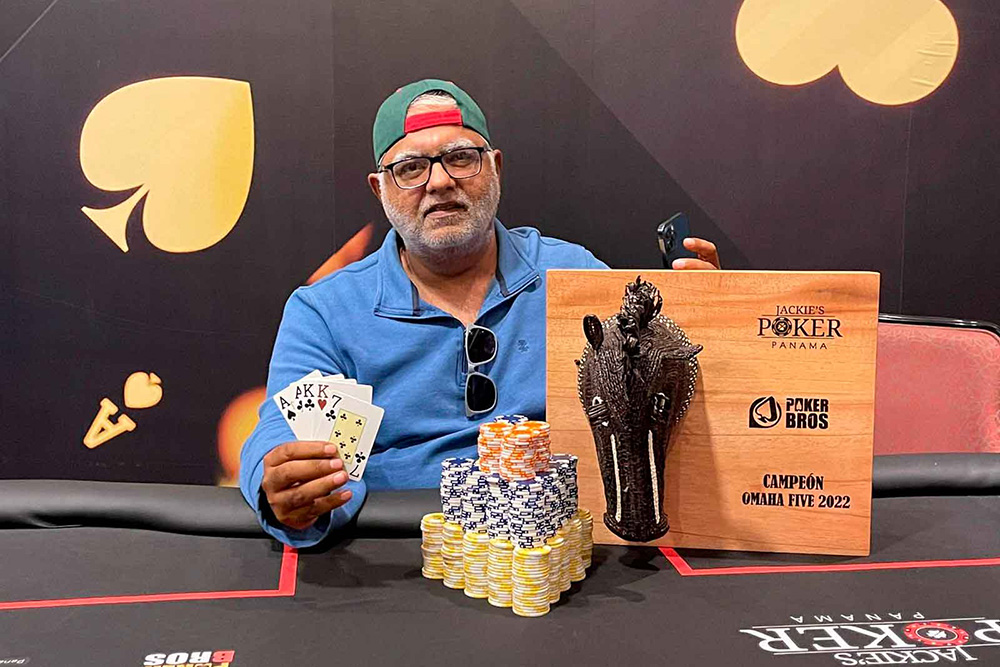 The largest poker event in all of Latin America, the Jackie's Poker Tour, began on Saturday with a supersatellite and on Sunday was the Omaha Five tournament where Panamanian Ajit Nagrani, a regular Sortis player who has been playing poker since 1985 became victorious. He managed to beat many poker professionals and regular players to take the first tournament of the series.

The winner told us that he had to study very hard and update his game because that is what many experienced live players are doing, since the competition is quite strong and to go far you must know how to play.

The first bullet he lost in 2 levels, in the second bullet he changed his strategy and stayed between 20bb to 25bb and thus he survived until the final table.

Ajit's best hand came against player vs. Luis Pérez whom he praised for his level of play as one of the best players in Panama.

The hand against Luis Pérez was the dangerous hand for Luis because of his position from under the gun he made a 3bb raise and the right hand player had 8 bb and there are 5 players at the table. Ajit has a pair of Aces, he calls the re-raise with the strategy of creating a big pot; the flop is AJ3 everyone checks without betting and Ajit bets the pot, Luis goes all in with pocket Jacks and Ajit beats him with his set of Aces.

It was an almost inevitable matchup, but a lot of players fold JJ when they see a re-raise so Ajit just called and took all his chips becoming the tournament leader after that hand. 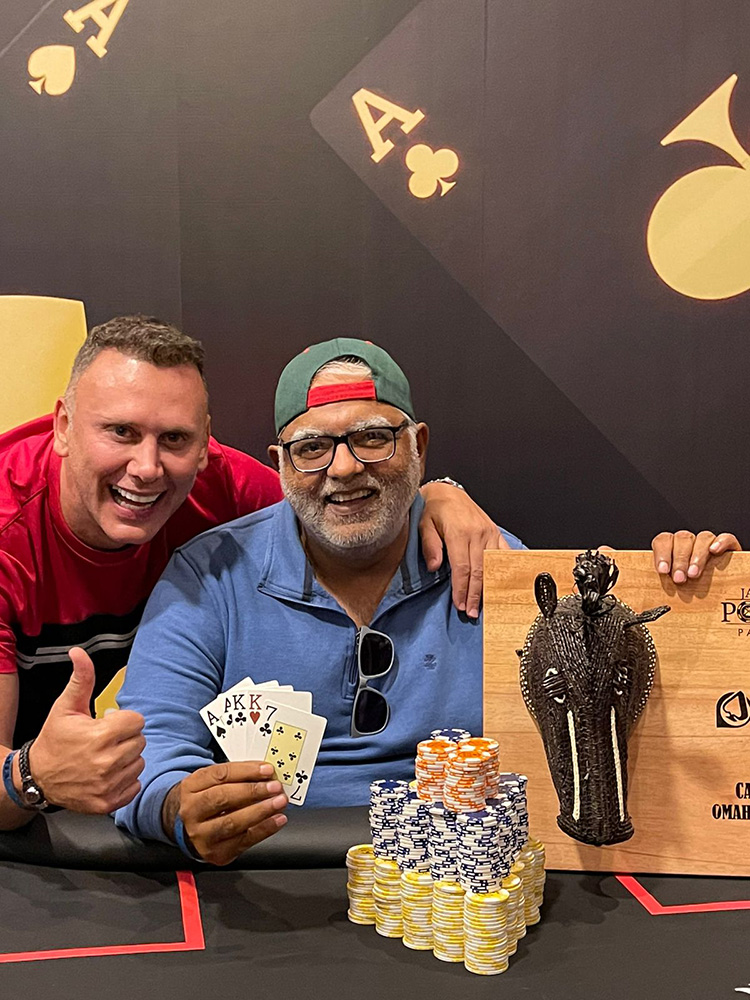 These are the words of the Omaha Five champion: "The next hand was a flip that I won, the heads up was amazing, we played 12 hands and I won 11 it was a super aggressive heads up, my winning hand was my AAKK7." 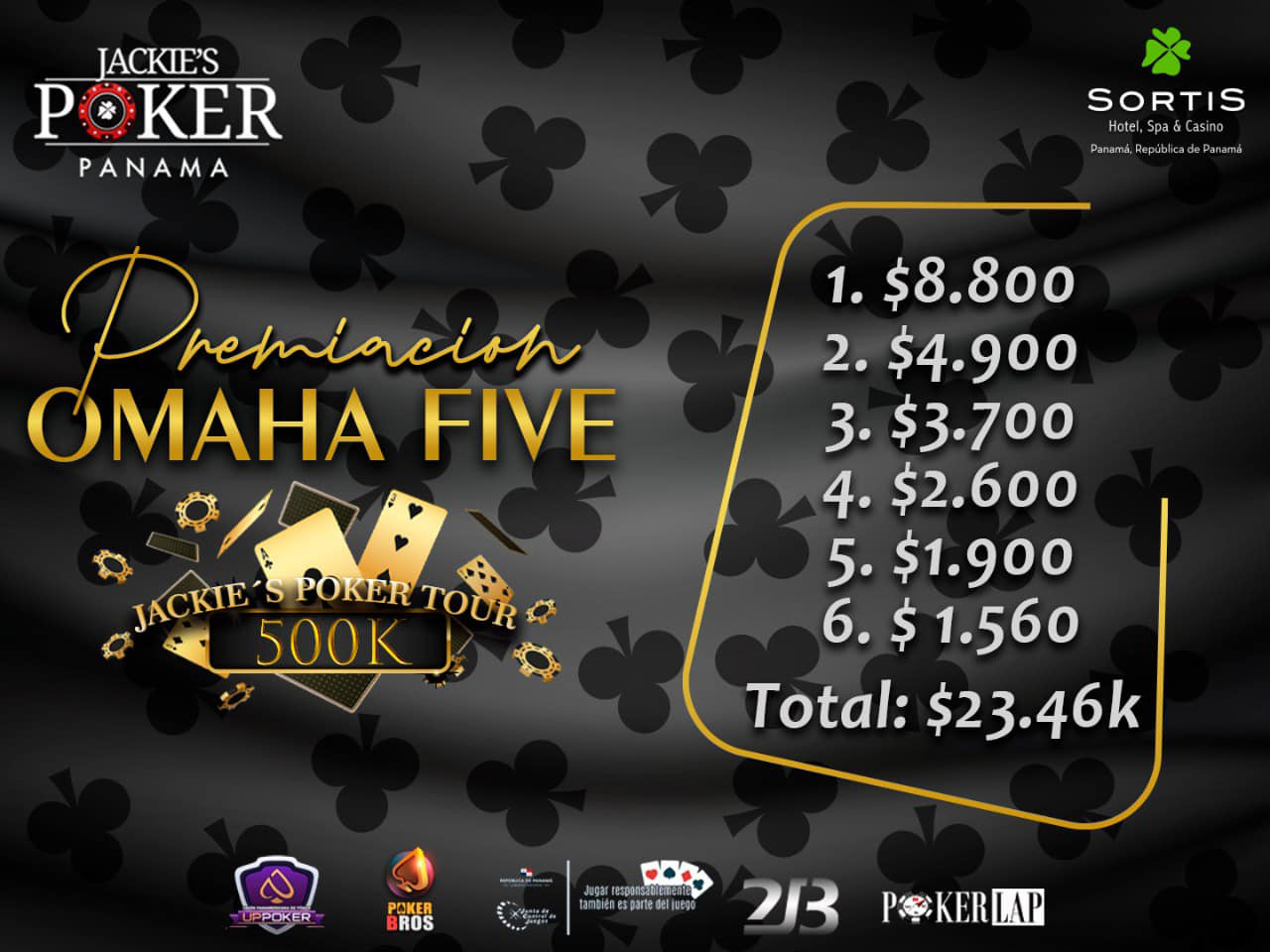