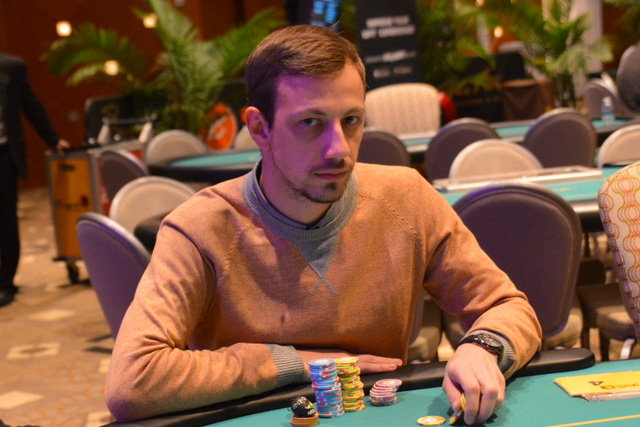 With the 2021 World Series of Poker in Las Vegas just around the corner, there was still one thing left to do in the online version. Highlighting the last and biggest event of this year's edition of WSOP Online on GG Network (BetKings, GGPoker, Natural8, 2bet4win) was Aleksei “Ha KoJleHu” Vandyshev, who won the $5,000 Main Event Online Championship for $2,543,073 first prize.

GG guaranteed a $20 million prize pool for the Main Event and with 27 starting days going back into August, the poker room gave players every opportunity to register. Participants could play in as many as three starting flights; if they finished with chips in more than one of them, their largest chip stack would carry over to the next day. In the end, the tournament attracted 4,092 entries, which wasn’t quite enough to avoid overlay. Thus, the prize pool was an even $20 million, missing the guarantee by $563,000.

Edson “CrownUpTsu” Tsutsumi, Jr. and Vandyshev went into the final table as the chip leaders and it just so happened that it was the two of them that ended up competing heads-up. It wasn’t smooth sailing, though, as Vandyshev wasn’t shy about mixing it up, finding himself as the short stack at one point. 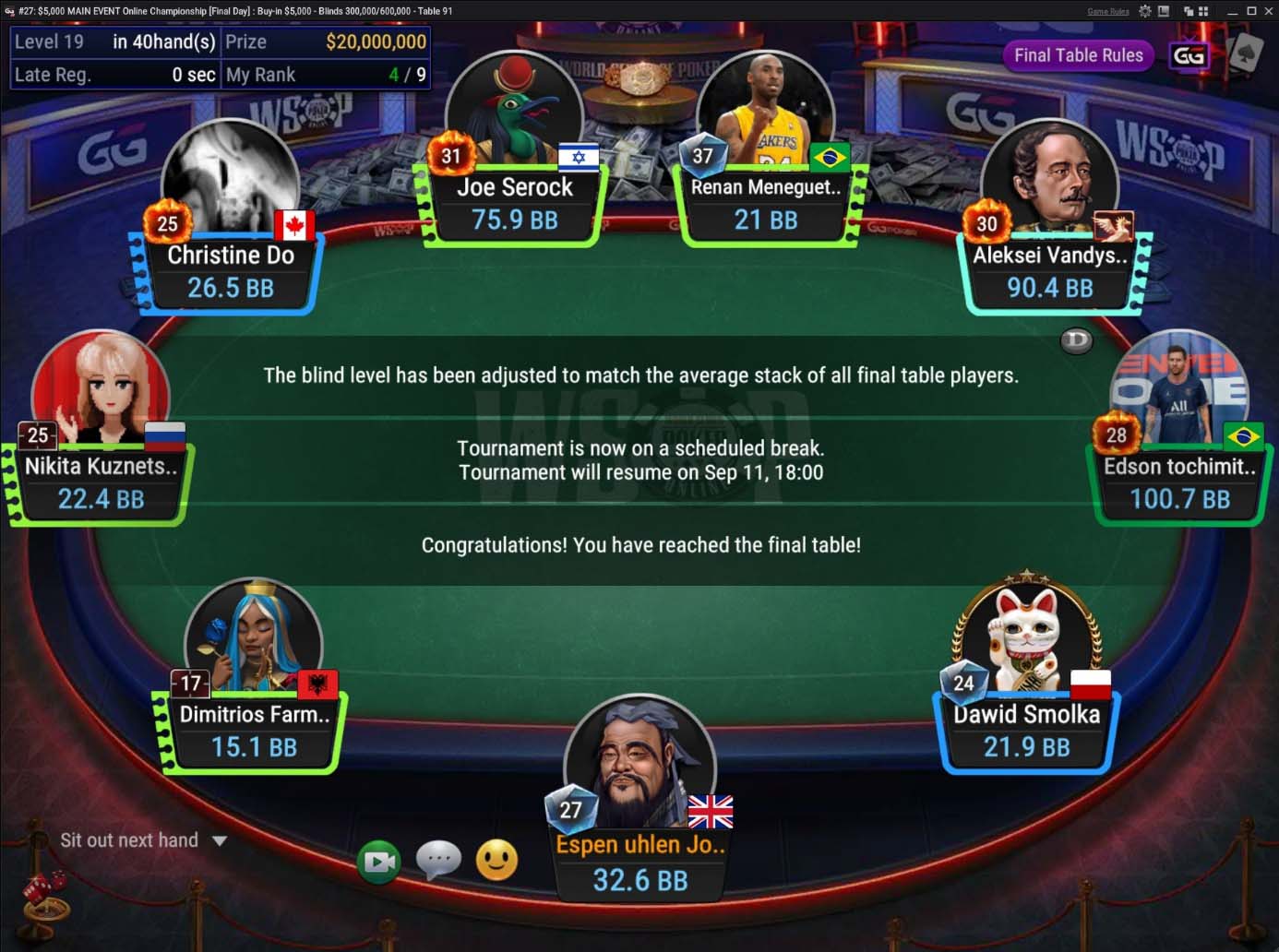 It was interesting final table mix, as well, with the nine players representing seven different countries; Russia and Brazil had two each. And, for the second straight year, a woman made the WSOP Online Main Event final table. Canada’s Christina “Yunaa” Do finished fourth.

Vandyshev was immensely confident going into the final table. The live stream of the action – hosted by the legendary Lon McEachern and Norman Chad – featured brief, recorded interviews with each player and Vandyshev wasn’t shy about predicting victory.

“I think my strength as a poker player is that I have a built-in crystal ball, so I see it when people try to trick me,” he said. “I think I can win because I don’t care about ICM. I will always find a way to bring home the bacon. I want the bracelet and I want it really badly. Other players should think twice because if they fight me, they will only prolong the suffering – the magic is with me.”

His heads-up bout against Tsutsumi was a back-and-forth affair, each player taking the chip lead more than once. In the end, it was one big hand that ended it. Each still had plenty of wiggle room, but Tsutsumi had two black Sevens, while Vandyshev had pocket Tens. All the chips got into the middle pre-flop and that was it. No sweat, no nothing, and Vandyshev’s hand held to give him the WSOP Online Main Event title.