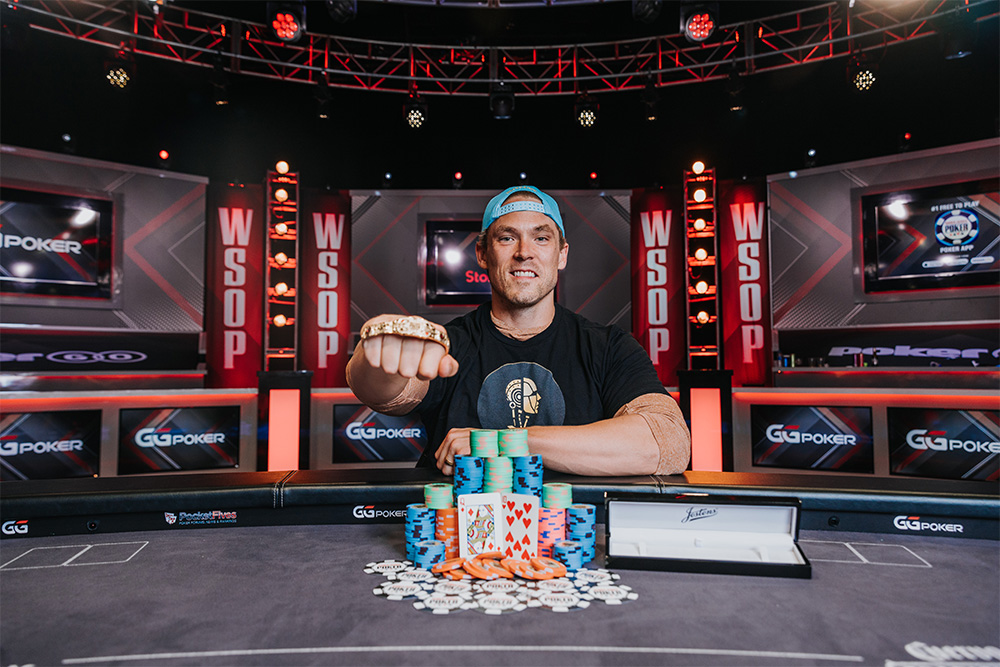 Alex Foxen came to the final table as a chip leader and it only took him 5 hours of Saturday’s afternoon to record his biggest career winning and his first WSOP bracelet!

Even though the whole final table had combined of 20 WSOP bracelet between them, he was just one of three players without the most coveted prize in poker, other two being Chris Hunichen and Brandon Stevens. Funny enough, all three were actually the last three players standing in this Super High Roller.

The win really means a lot to him, as he has been one of the best tournament players without a bracelet and he didn’t even compete in last year’s WSOP due to vaccination mandates. Of course he didn’t forget to thank to his wife, a three-time bracelet winner Kristen Bicknell, for full support and help he’s been getting from her – from day-to-day business, talking about hands and also through difficult times of tilt.

Alex beat his fellow countryman Brandon Steven in a heads-up battle. Foxen limped with QT and Steven checked to see a flop with 52. Flop was Q52 and Alex three-bet shoved all-in. Turn K and river T sealed the deal.

With a star-studded tournament like this, it’s a bit ungrateful to only mention a few players, but we really can’t miss on reporting how it went for a fan-favorite Phil Ivey. He was eliminated in 7th place for $597,381 in prize money after going all-in with QJ. He was called by Brandon Steven and his AQ, which held.

Remember yesterday’s reporting about an explosive exit of Daniel Negreanu? He talks about it in his last two videos.

The incident was also caught on camera. Skip to 16:00.