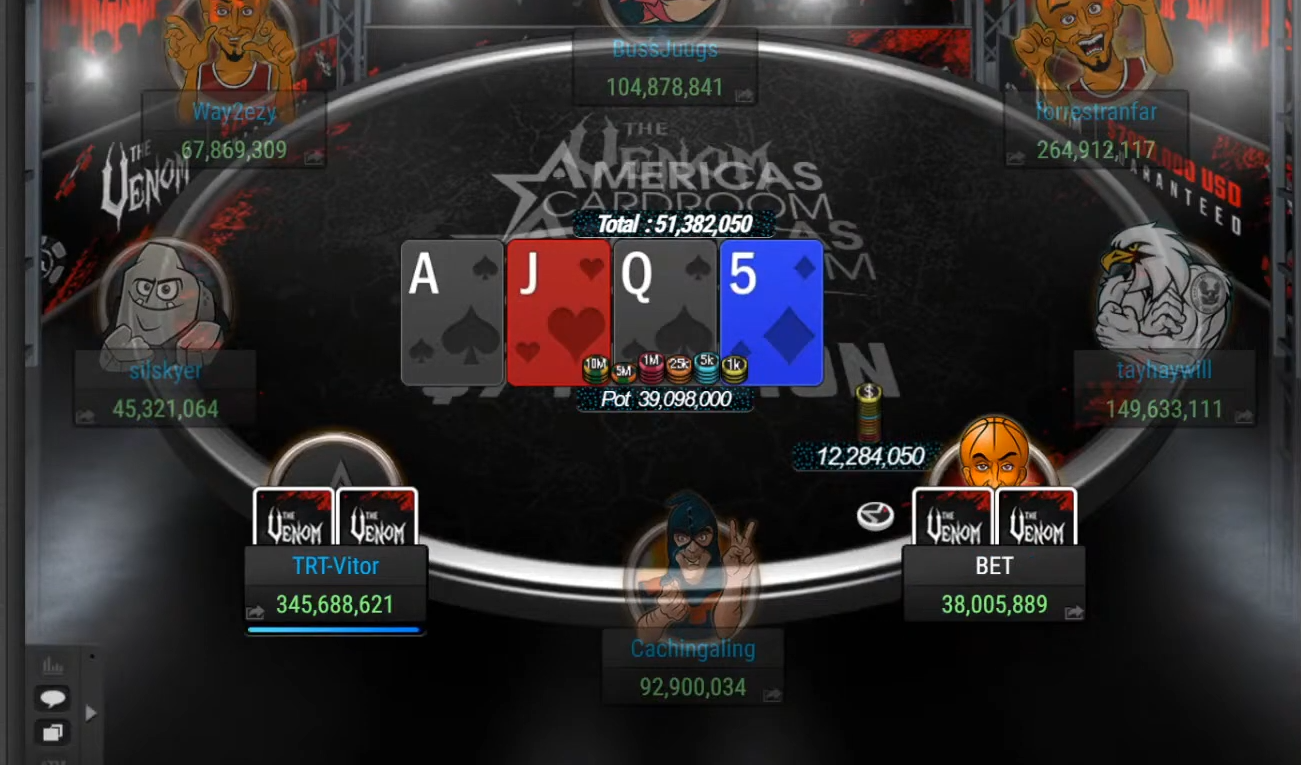 The Venom on PokerKing and Americas Cardroom (WPN Network) has just finished and has again proven as one of the best and the biggest online tournaments. The guaranteed prize pool of seven million dollars was easily broken, as the total prize pool at the end reached a whopping $9,680,000! 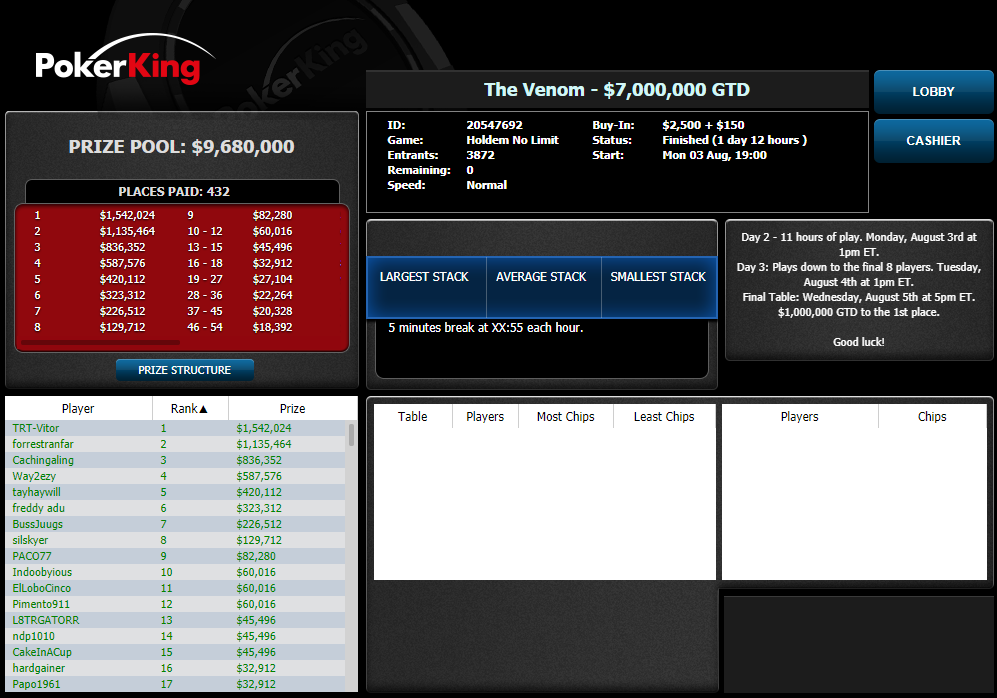 In the last, fourth day of the tournament, we saw the remaining 8 players battle for the first prize, worth more than 1.5 million dollars. Given the huge prize pool, it was also clear, that the second-place finisher will end up becoming a millionaire.

The American, TRT-Vitor, came to the final table as the chip leader and managed to retain the lead throughout the final phase and winning the tournament. In the heads-up match, he won against the Mexican, forrestranfar, with whom he made a deal prior to the final battle.

Therefore, it was clear even before the heads-up match, that TRT-Vitor will walk away with the biggest prize of $1,369,821, while forrestranfar will receive $1,282,666. The players played for the extra $25.000 and the title of The Venom winner, which, at the end went to the USA.