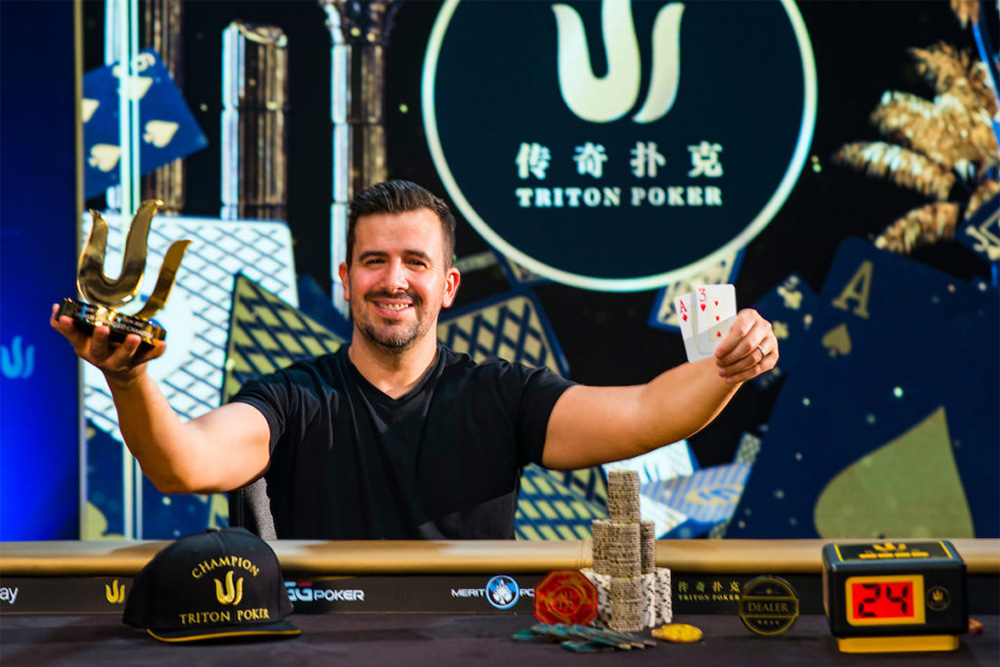 Triton Poker had established itself as one of the premier tours for high-stakes poker tournament action prior to the live poker shutdown of 2020 that resulted from the COVID-19 outbreak. As a result of the pandemic, it has been more than 2.5 years since the last time a Triton series took place, with the most recent being the partypoker LIVE MILLIONS Europe Triton festival held in August of 2019. Finally, in April of 2022, the high roller staple has returned for another nosebleed-stakes tournament festival.

The first event of the 2022 Triton Poker Cyprus series was the $50,000 buy-in no-limit hold’em six-max tournament. A total of 82 entries were made by the time that registration officially closed, building a massive prize pool of $3,936,000 that was paid out among the top 11 finishers. After two long days of action, Hungarian poker pro Andras Nemeth emerged victorious with the title and the top prize of $1,082,000.

This was Nemeth’s first recorded seven-figure live tournament payday. Nemeth now has more than $6.1 million in live earnings to his name, with a sizable amount of online success also under his belt. Nemeth also became the first Hungarian to ever win a Triton event, defeating his friend and fellow countryman Laszlo Bujtas heads-up for the title.

“It was surreal to play for the first time and to then get heads-up against one of my best friends in poker. I had to pinch myself,” he told Triton Poker staff after coming out on top.