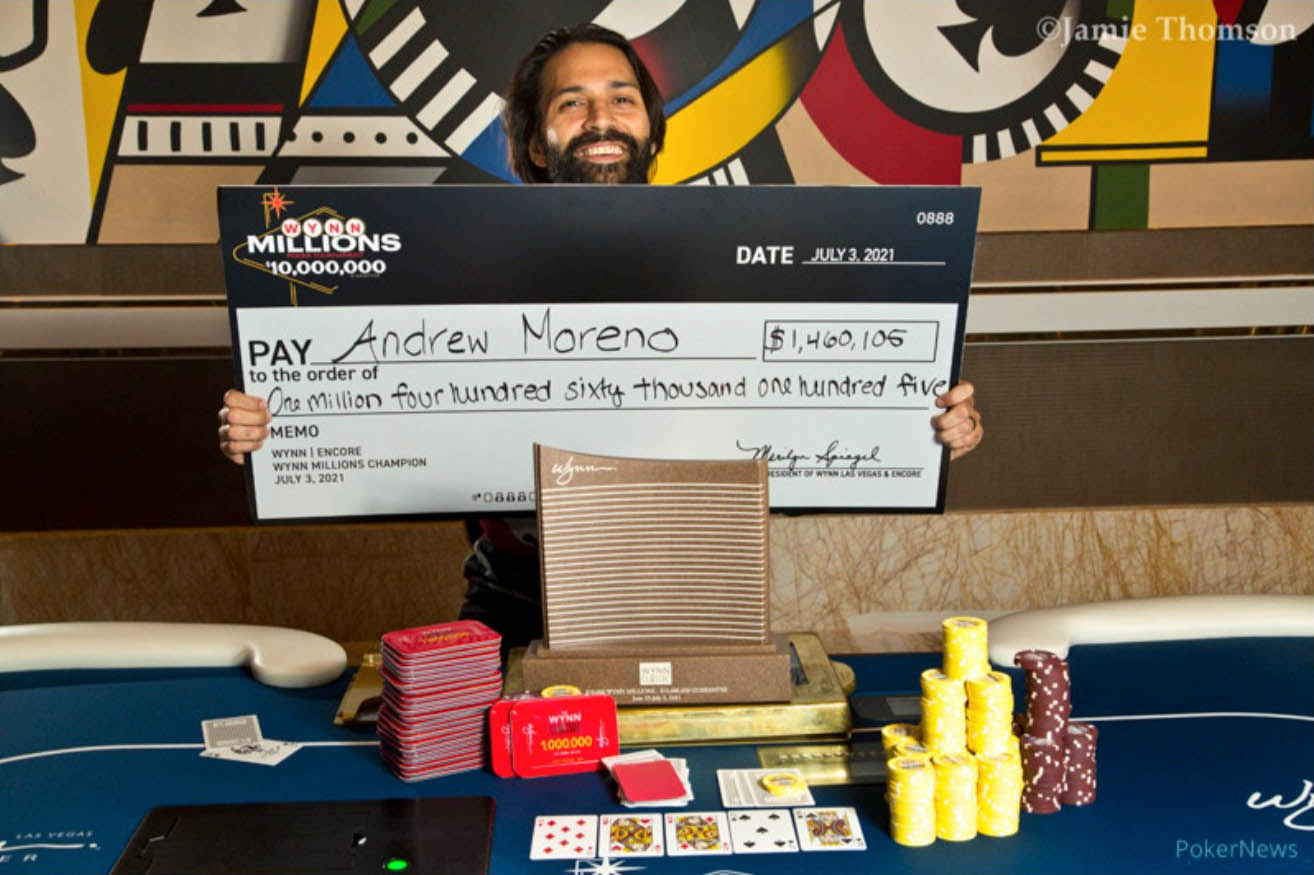 Andrew Moreno, Clayton Maguire, and Toby Lewis chopped up just over $4.1 million Saturday night after the three poker pros outlasted 1,325 other entries in the first-ever Wynn Millions in Las Vegas. Moreno then bested both players for his third career win and second in the last month.