Another round of calls for Rounders 2 28 Sep 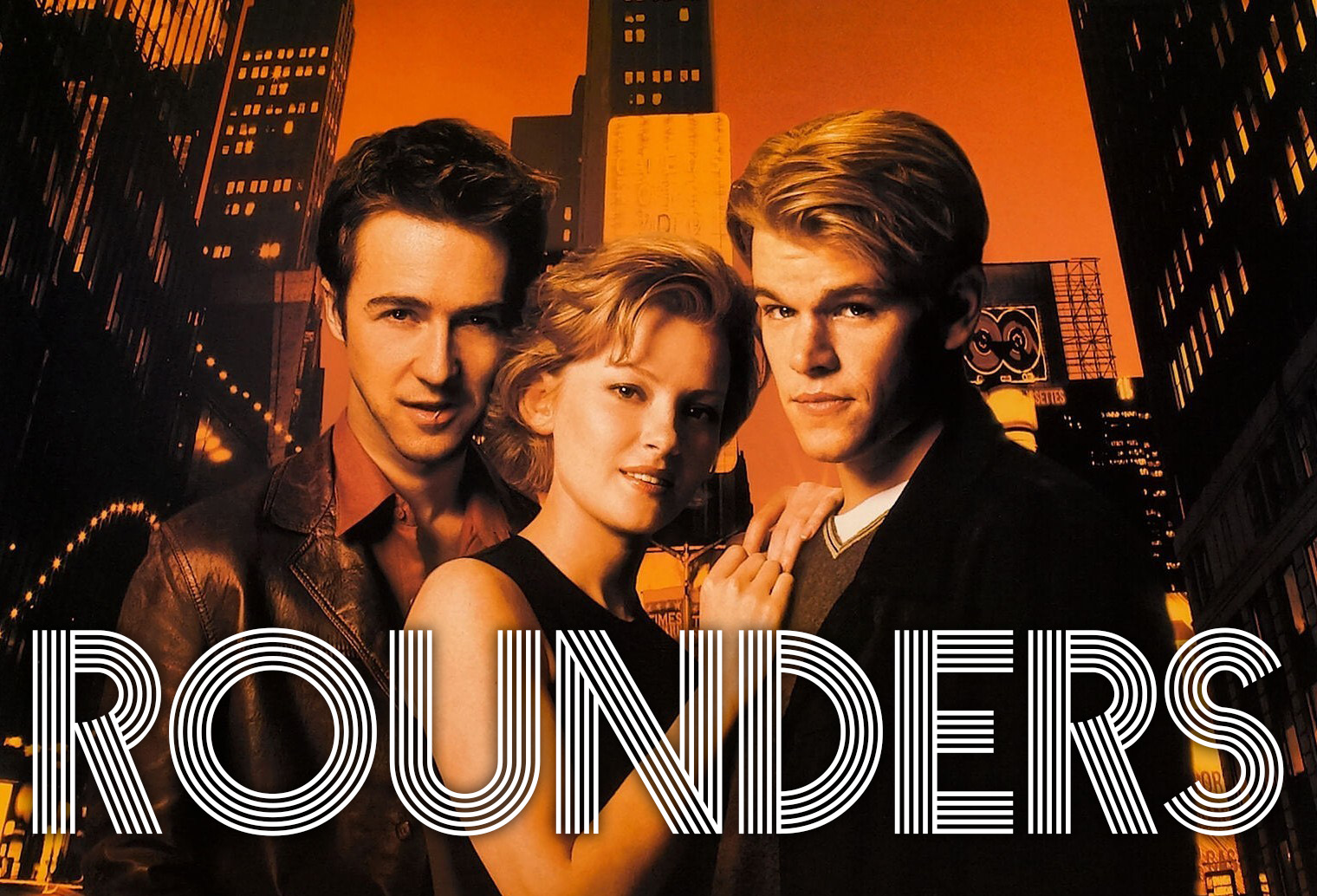 Even though more than 20 years has passed since the release of Rounders, the movie is still considered by far the best poker-themed feature film. So no wonder that every now and then there are calls or even hints for the continuation of Mike McD’s story, played in the movie by Matt Damon.

This time around a call came in the form of a tweet from none other than Daniel Negreanu, who said he NEEDS Rounders 2. In the message he also tagged author of the story Brian Koppelman, who agreed that it’s never too late for a sequel, which surely raised hope even further for the movie and poker fans. 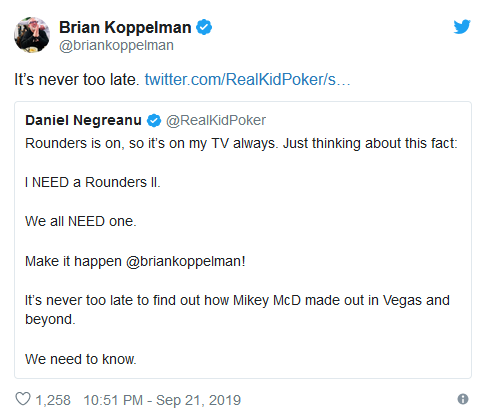 At the same time Daniel urged his followers to write up the craziest ideas for the second part, but Koppelman said in one of his replies that he already knows how the sequel would look like.

At its release Rounders may have not been considered the biggest hit, but over the years it has attained a cult status. Excellent cast with John Malkovich (Teddy KGB), Edward Norton (Worm) and already mentioned Matt Damon and an interesting story along with Chris Moneymaker’s WSOP win resulted in poker boom in the early 21st century.

Although Rounders 2 may seem unlikely, you still never know with Hollywood given all the remakes lately.  If you got an urge to watch a poker themed movie due to this article, we suggest the following titles:

If you want a laugh, we recommend comedy Maverick featuring Mel Gibson and Jodie Foster in leading roles.

James Bond can only defeat his opponents with a victory in High Roller Sit n Go. If that’s not enough reason to watch, let us mention that film was shot in Montenegro.

Another story written by Brian Koppelman, but the movie didn’t receive the same reviews as Rounders. Starring Ben Affleck and Justin Timberlake.

Film based on true events of Stu Ungar’s life.