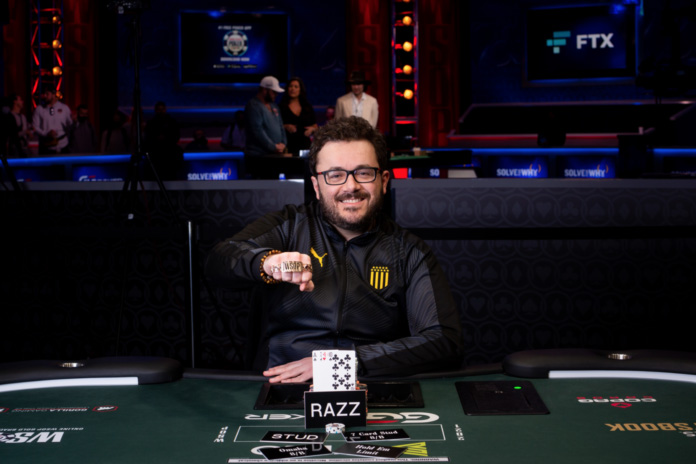 Time really flies by when the 2021 World Series of Poker is on schedule. The third weekend of action is in full swing, and some major winners are beginning to break through. One of those is poker professional Anthony Zinno who won his second bracelet of 2021 (and fourth overall) in one of the game’s most difficult variations. The other one from this week is Chance Kornuth who earned his third career bracelet in Short Deck poker.

The 2021 WSOP was already a good one for Anthony Zinno. He was able to win his third career bracelet earlier in the week in the Seven Card Stud Championship event (yes, the one where Phil Hellmuth wanted to burn the place down), but that was not enough for Zinno. He came back on Friday night to earn the title in a larger field event, the $1500 H.O.R.S.E tournament, to put himself out in front for the 2021 WSOP Player of the Year race.

18 players came back on Friday to take on the mixed game challenge and the players were not shy about getting the chips in action. It only took a couple of hours to whittle the field down to the official final table of eight players, losing some top names along the way. Koray Aldemir (17th place),  Roland Israelashvili (15th), Joe McKeehen (13th), Brock Parker (11th), and Ari Engel (10th) were some of the big names that missed the final table.

Zinno started the final day as the chip leader and, once he knocked off Michael Rosenberg in ninth place to set the official final table, he had a monster stack of 4.2 million in chips to maintain that lead. His closest competitor, Randy Ohel, was 1.7 million chips in arrears to Zinno, setting up what would be a skilled display of poker from Zinno.

It never mattered what discipline of the game it was, Zinno was able to maintain his chip edge throughout the play of the final table. Although Ohel was able to supplant Zinno for a very short period of time during five-handed play, Zinno was able to work his way back to the lead when play went to three-handed and a dinner break was taken. After the dinner break, Zinno turned on the jets.

Zinno would first dispatch Christopher Adams in third, using a Seven Card Stud round and rivering a Broadway straight against Adams’ ragged arrangement. Ohel was able to draw close to Zinno during heads up play, but Zinno was not to be denied. On the final hand, the game was Razz and Zinno was able to vanquish the game Ohel, making a ten-low (not normally a winner in this game) versus Ohel’s Queen low to capture the title and his second bracelet of the 2021 WSOP. 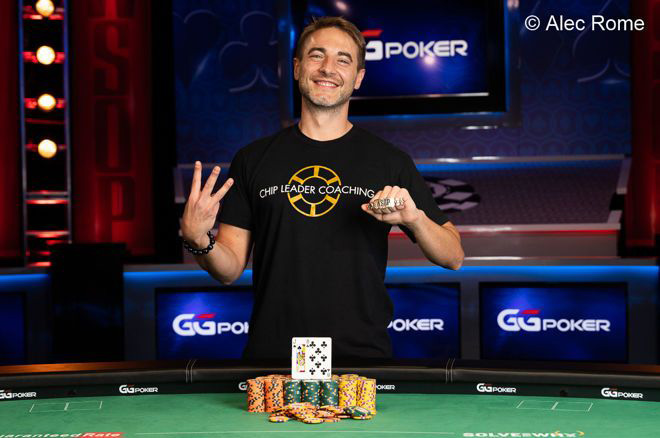 Although the field may not have been large (66 players), it was an elite field that took on the challenge of Short Deck Hold’em. Short Deck Hold’em, for those who have not had the chance to play, removes the deuces through fives from the deck to make for more of a challenge for the participants. The $10,000 price tag on the event – making it one of the WSOP Championship tournaments – also ensured that only the best players would step into the breech.

Kornuth was the big chip leader at the start of the day, but there were five other men running for the title against him. Kornuth would attempt to run away with the lead from the field, taking out Thomas Kysar in sixth place, but Chad Campbell would eliminate Joao Vieira in fifth to maintain pace with Kornuth. Campbell would take the lead away from Kornuth in a hand that saw only the A-K-7-6 flop and turn before Campbell four-bet all in to force Kornuth from the hand.

Dan Shak attempted to challenge Campbell and Kornuth by knocking out Moshe Gabay from the tournament, and the trio fought it out for more than three hours before determining who the heads-up combatants would be. That clash came between Kornuth and Shak after Kornuth opened the betting and Shak jammed his stack. Kornuth called with the goods, an A-K against Shak’s J-10, and an Ace on the flop virtually locked the hand up. Once the turn blanked for Shak with a pairing nine, Shak was drawing dead and out in third place.
Kornuth started heads up against Campbell with a 1.2 million chip edge and made incredibly short work of him. The entirety of heads-up play took 20 minutes before, on a J-J-8-9 flop and turn, Campbell check raised a Kornuth bet all in. Kornuth did not hesitate in making the call and tabling a J-8 himself for the flopped boat. Campbell was drawing dead as he turned up his 10-9 and saw his remaining chips and the championship go to Kornuth.