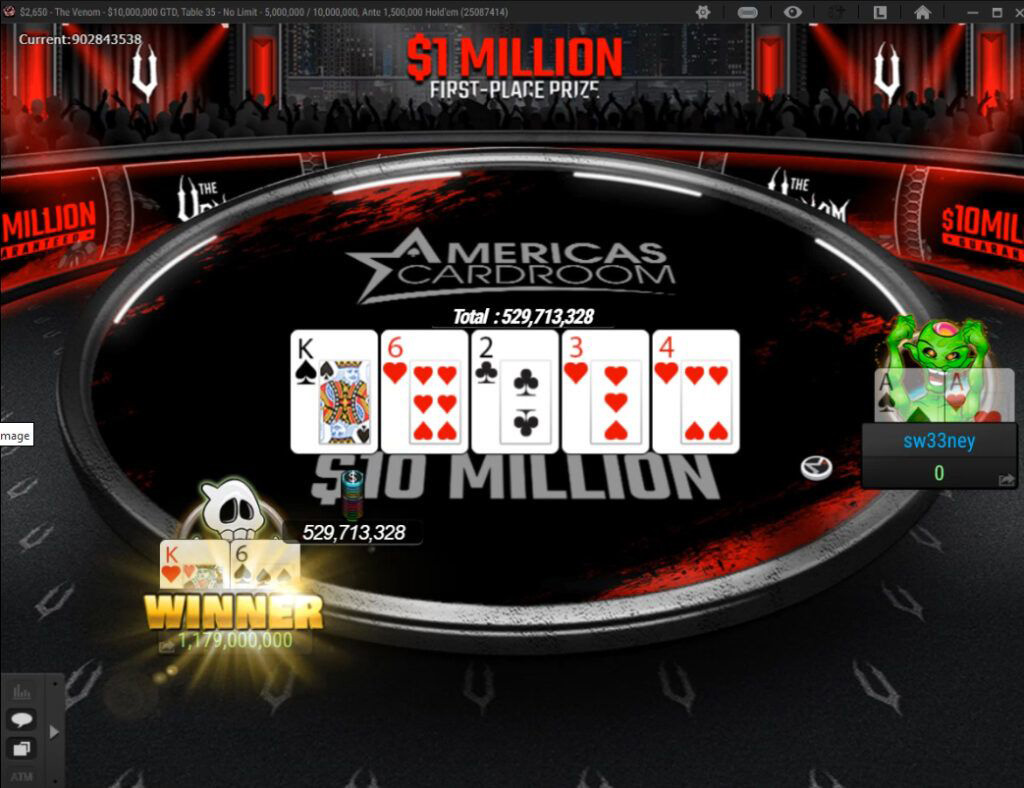 The record-breaking $10M GTD The Venom on the Winning Poker Network (Americas Cardroom, PokerKing) has come to an end on the night of August 4th-5th after seven heated days of play. This event was particularly notable since both the winner and the runner-up walked away with seven-figure numbers joining the exclusive “Millionaire Club”. For the first time in its history, it was held with an overlay ($175,000) and the triumph was celebrated by a US player with the name “BabyBowser” with $1,514,000 in prize money. 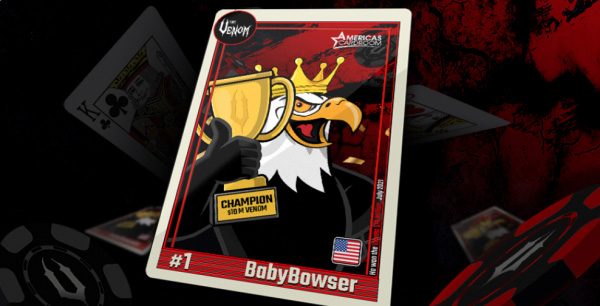 There is not much info on the internet about this player, however, it is safe to say that “BabyBowser” is a regular poker player. This player has participated in over 21 thousand tournaments at WPN in one and a half years with an average buy-in of $80. The total profit of “BabyBowser” is currently at $104,455, but it has been steadily declining since the end of 2020. Judging by this player’s nickname, we can assume that “BabyBowser” is a gamer (his name belongs to a character in the Mario universe) and enjoys consoles besides poker.

The final table of The Venom $10M GTD was dominated by the players from the American continent, as expected. However, one of the two remaining European players, “Sw33ney”, was able to advance to the final as a chip leader and take 2nd place in the tournament. Here is a brief overview of the order in which the players were knocked out:

As a surprise to most of the fans, the large stacks during heads-up (95 vs 53 BB) did not cause a lengthy battle. The whole matchup lasted a little more than 20 minutes.

First, Ronan “Sw33ney” Sweeney lost more than half of his chips in two hands without a showdown, surrendering to the opponent’s re-raises, before handing up a large pot to the American, who only grabbed the third pair with Q5.
The final hand was quite dramatic as well. “BabyBowser” check raised all-in with K6 with a big heads-up chip lead against sw33ney and K623 on the board. Sw33ney, who had pocket aces, followed the lead and boldly placed all of his chips into the pot. Despite a pointless 4 on the river, “BabyBowser” was proclaimed champion, with his two pair edging his opponent’s AA. Sw33ney nevertheless went away with a tidy sum of $1,015,200 for second place.

The Venom $10M GTD is the network’s largest tournament so far gathering a record-breaking 3,940 entries with 576 players cashing in the $2,650 buy-in. It also featured a record prize pool of $9,825,000 with a modest overlay of $175,000 giving participants some extra value. As of 2021, The Venom of the American Winning Network remains the largest MTT event for US poker players online in two formats – classic and PKO.