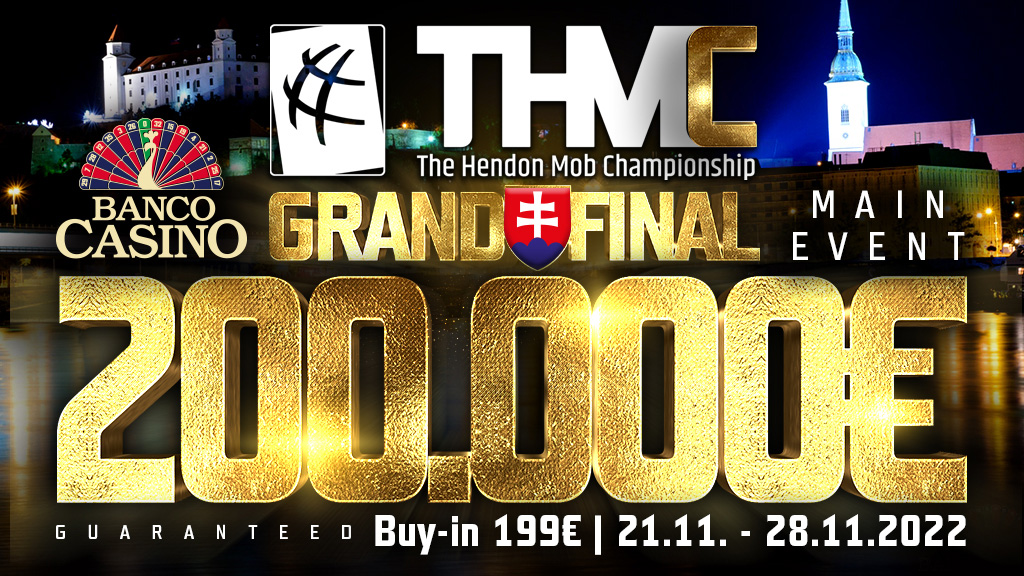 Mid-stakes poker tournaments across the world are gaining in popularity as these events guarantee a big payday for only a fraction of a buy-in that high roller tournaments offer. Of course, it’s nice to watch WSOP or Triton series with millions of dollars on the line, but most of these are not affordable for recreational players and this is where mid-stakes events come in!

In US the most popular mid-stakes series are Mid-States Poker Tour (MSPT) or RunGood Poker Series and in Europe we have many great ones like for example The Festival, which was last held in October in Banco Casino, Bratislava with €550 buy-In that attracted 1,271 player and smashed €500k guaranteed prize pool.

From November 21st through 28th Banco Casino is hosting another poker festival with affordable buy-in of only €199 and massive €200,000 guarantee. The Hendon Mob Championship (THMC) Grand Final raised its GTD prize pool after a record-breaking event last year with total of 820 entries, even though there were still pandemic restrictions affecting most of the Europe.

The Main Event kicks-off on November 22 and offers 9 starting days throughout the week. All surviving players will meet again for Day 2 on Sunday, November 27 and Final Day will be played a day later when the champion of Grand Final will be crowned. Last year’s winner Dmytro Shubin from Ukraine took home €34,640 money prize.

"Having worked with Banco Casino for many years, and having visited the property on numerous occasions, I’ve seen firsthand the dedication and professionalism of the team and have never ceased to be impressed by the way they treat players and event staff," said GPI/THM Head of Partnerships, Roland Boothby. "Elevating our annual THMC Bratislava to the status of Grand Final was a natural step after the success of the 2021 event, and we look forward to seeing players from all around the world competing for an increased €200k guaranteed prize pool at an affordable price point." 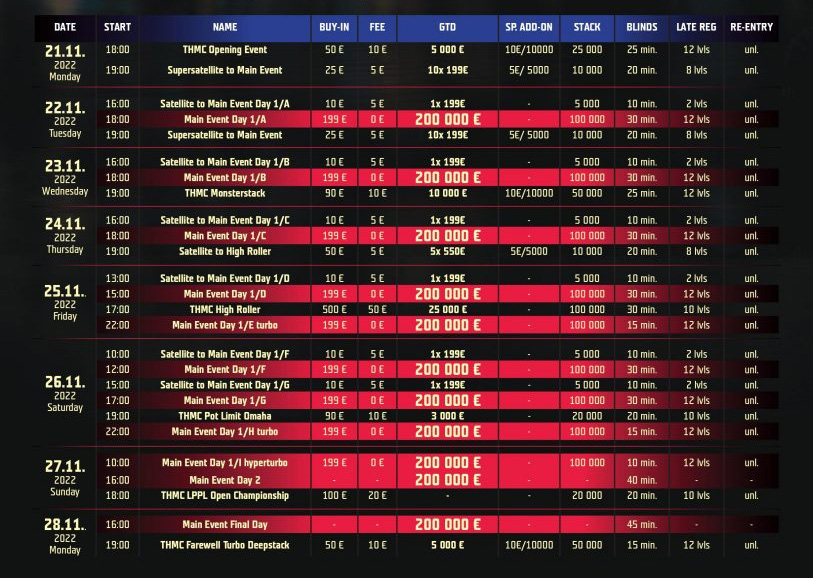 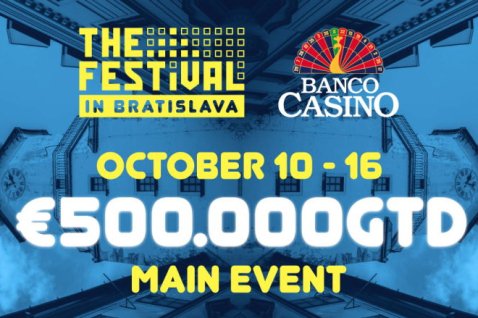 The Festival Returns to Bratislava with Enormous €500,000 Poker Main Event