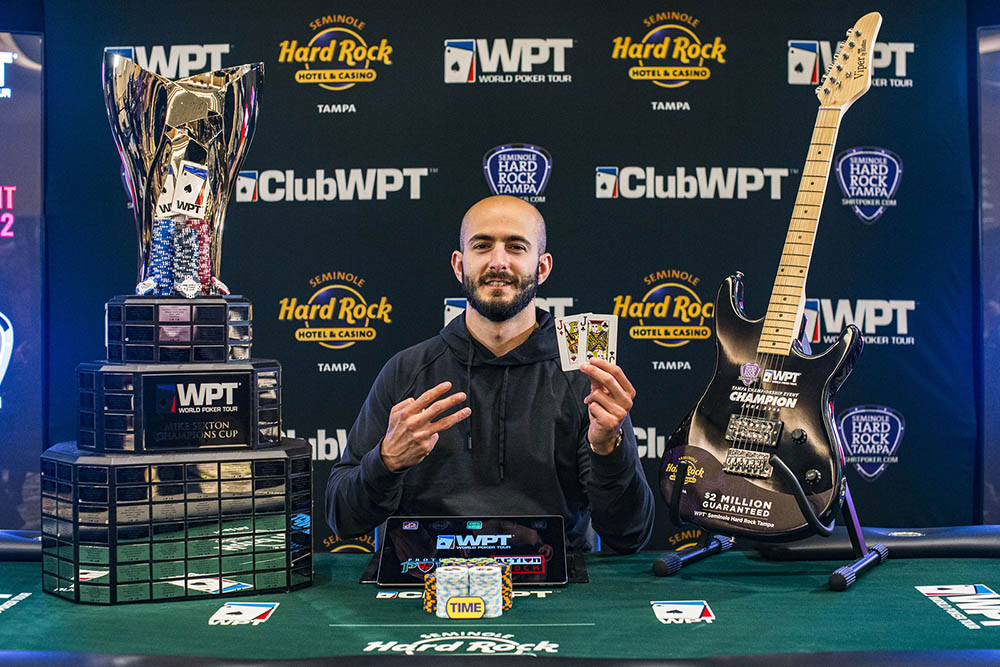 Altman and his 5 enemies at the final had already ensured themselves of a $130k+ payday by the time they reached the official final table.

When it came down to heads-up, Altman had a big chip lead over Gabriel Abusada, who had his finest poker moment outside of playing and cashing the WSOP Main Event in 2018.

Abusada fought back well but eventually he found himself all-in and at risk with pocket 6s and facing Altman’s pocket jacks. The board bricked and Abusada had to settle with $408,825 for second place.

For Altman it was a huge $613,225 payday and his third WPT title, having previously won the 2015 WPT Lucky Hearts Poker Open in Hollywood, Florida and repeating that feat in 2020.

The winner, who will have his name etched on the Mike Sexton WPT Champions Cup for the third time, said afterwards, "This is a really special World Poker Tour title for me. I'm joining the exclusive club of three-time champions, which only a few people have done. To be among that company makes me feel really proud."