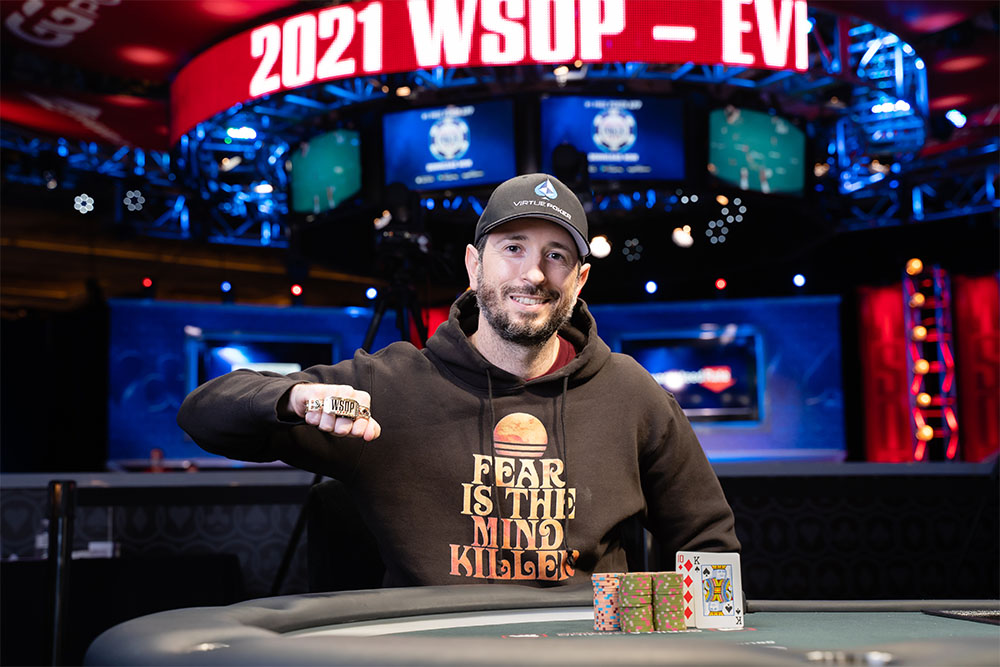 The exclusive list of players with five or more World Series of Poker bracelets to their name grew by one as Brian Rast emerged victorious in the 2021 WSOP $3,000 six-max no-limit hold’em event to become just the 27th player in poker history to secure five titles at the series. The 39-year-old poker defeated a field of 997 total entries to secure the bracelet and the first-place prize of $474,102.

This latest victory saw Rast surpass four players as he jumped into 26th place on poker’s all-time money with $21,746,912 in lifetime tournament earnings. His largest career score came when he won the inaugural Super High Roller Bowl for $7,525,000. More than $6.5 million of Rasts’ career winnings have come in WSOP events.

“I turn 40 in a couple weeks and it was on my mind to make the Poker Hall of Fame. I think I have a pretty good claim. I’ve played the biggest cash games in the world for over a decade and I’ve done a lot in tournaments as well," Rast told the reporters after securing the title. "I wanted to come back here this year to the WSOP and show myself that I can still play great poker and be around and enjoy it and hopefully add more.

The event was a quick one. It was played with 30-minute levels and took two days to complete. Day 1 saw 41 players advance to Day 2, with Rast fifth in chips. With 12 players remaining, Rast was on top with a sizable chip lead. He then took out Krishna Vitaldevara in 12th place to extend his lead, and then he knocked out Sebastien Grax in 10th place to move ahead even more.

When the final seven players combined to one table, Rast maintained a sizable chip lead, and he didn’t give it up at all. Rast busted Francisco Benitez in sixth place, Nick Yunis in fourth place, and Tuan Phan in third place before he got heads up with John Gallaher. When heads-up play began, Rast had a commanding chip lead. The two quickly got the money in with Rast’s king-ten dominating Gallaher’s queen-ten and Rast’s hand held up to give him the victory.

All of Rast’s five bracelet wins have come in the last decade. He won his first two in 2011, taking down the first of his two $50,000 Poker Players Championship titles and that year’s $1,500 pot-limit hold’em event. Rast earned his second $50k PPC title five years later to secure his third bracelet. His fourth came in the $10,000 buy-in no-limit deuce-to-seven lowball event.