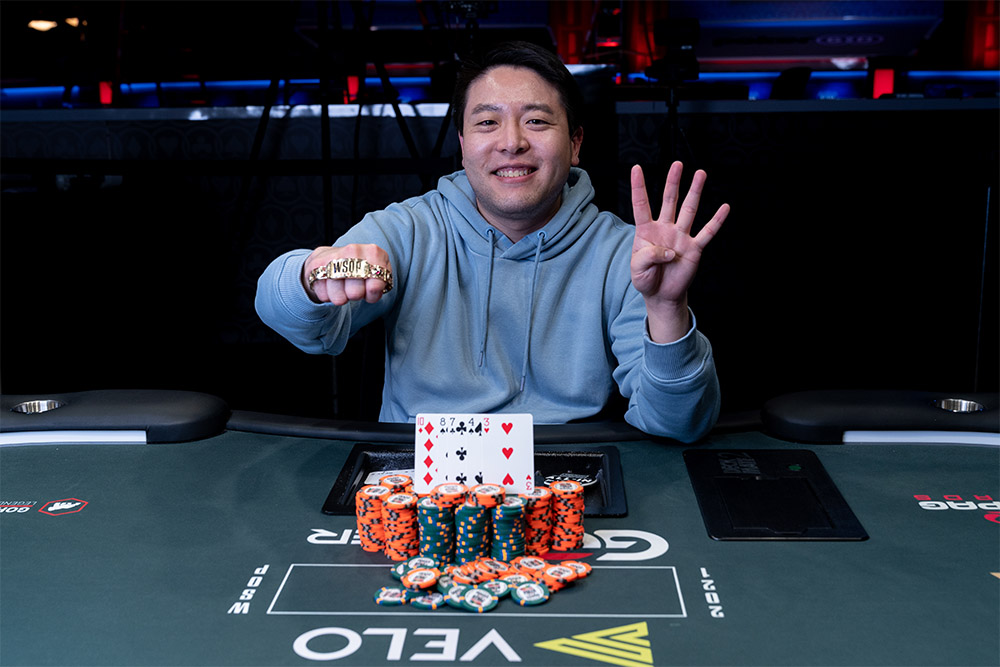 Brian Yoon came into the 2021 World Series of Poker with three bracelets to his name. Each of those came in a no-limit hold’em event, with two wins in lower buy-in, large field events (the 2013 $1,111 Little One For One Drop and the 2017 $1,500 Monster Stack), and another coming in a $5,000 buy-in eight-max event that featured a stacked final table.

The 31-year-old poker pro diverged from that pattern with his fourth win at the series, which came in the $10,000 buy-in deuce-to-seven triple draw lowball championship event. Yoon defeated a field of 90 entries to earn $240,341 while becoming just the 57th player in poker history to secure four or more WSOP bracelets.

The final day of the tournament began with eight players remaining and Yoon in second place behind Danny Wong. ‘Crazy’ Mike Thorpe was the first to fall. He made an 8-6 low after the first two draws and stood pat, only to find himself up against the smooth 7-6 low of bracelet winner Joao Vieira. Thorpe earned $54,993 as the eighth-place finisher. 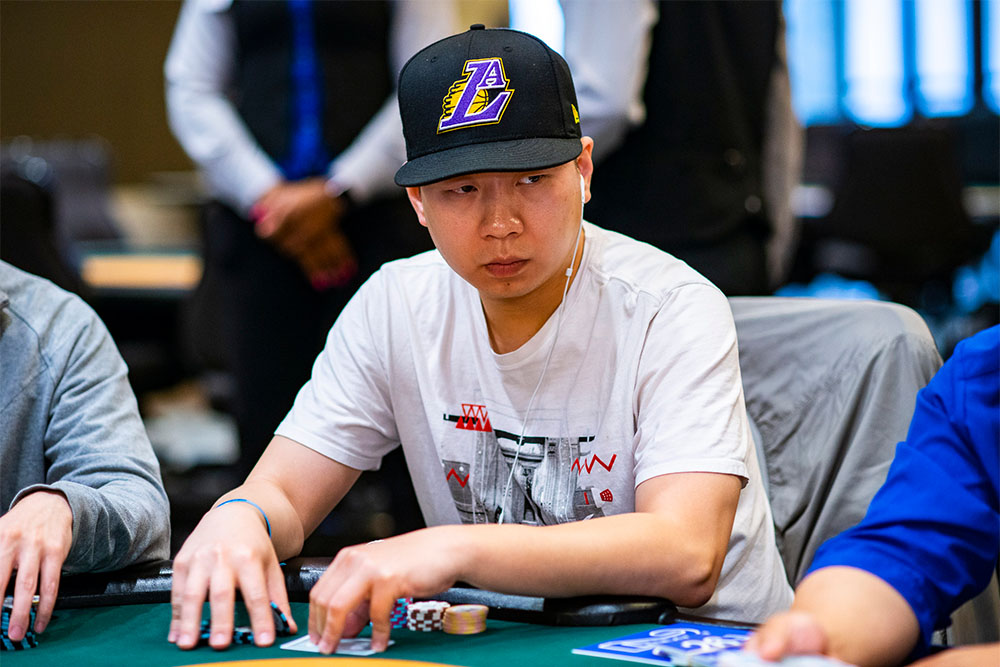 Jordan Siegel was the next to hit the rail. He ran his short stack into a 7-6-5-4-2 that was made after the first draw by Wong and was eliminated in seventh place ($31,690) after failing to make better than an ace low.

Two-time bracelet winner Brandon Shack-Harris called his final bet with a 9-8 low after the final draw, only to be shown an 8-7 low by Wong. Harris was awarded $41,270 for his second final-table finish of the series.

Vieira was at his third final table at the Rio, having joined Yoon at the final table of the $2,500 mixed triple draw lowball before making the final five in the $10,000 short deck. His latest deep run came to an end when he ran into an 8-7 low for Yoon. Vieira’s 9-8 low was second best, and he was eliminated in fifth place ($54,993).

Four-handed play continued for a few hours. Eventually, Don Nguyen was sent home in fourth place when his final few chips went in with a 6-4-3-2 draw. He was up against a pat 10-9 for Wil Wilkinson. Nguyen ended up hitting a king on the final draw to finish fourth ($74,939).

Despite earning that knockout, Wilkinson was ultimately the next to be sent home. He slid down the leaderboard until he was left with just a few bets. In his final hand, he wound up with a pair of sevens after the final draw, which was handily beaten by the 9-8-7-6-3 of Wong.