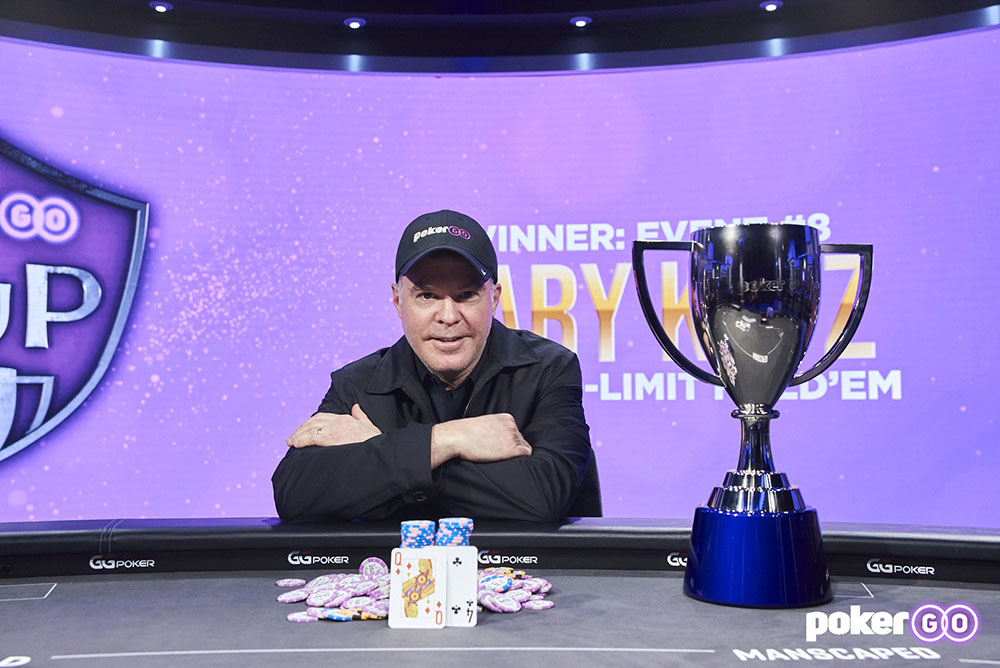 The inaugural PokerGO Cup high-roller tournament series reached its climax with the $100,000 buy-in no-limit hold’em event. The final tournament of the eight-event series was the highest buy-in event held. A total of 23 entries were made in the six-figure buy-in showdown, building a $2,300,000 prize pool. In the end, Cary Katz emerged victorious with the title, securing $1,058,000 for the win.

This was Katz’s first title and third final-table finish of the series. The 400 PokerGO Cup rankings points he earned in this event saw him climb to third in the final player of the series standings. His two previous scores during the series were a fifth-place showing in one of the two $25,000 buy-in events and a sixth-place finish in one of the $10,000 buy-in tournaments. Katz cashed for a total of $1,161,800 across the three final-table runs.

The businessman and PokerGO founder also earned 400 points towards the inaugural PokerGO Tour leaderboard. With 1,086 total points, two titles, 13 cashes, and nearly $1.9 million in earnings qualified for that tour, he now sits in eighth place in the standings.

“It means over a million dollars,” Katz told PokerGO reporters after the win. “I’m pretty excited about that score. I think it’s the first $100K of the year. I feel very fortunate because I came in second to last in chips. I doubled up the first hand and it was smooth sailing from there.”

This latest victory was the 25th of Katz’s tournament career, and his eighth seven-figure cash. The score increased his lifetime earnings to $32,441,990, which is good for 10th place on poker’s all-time money list.

Katz entered the final day of this event in fourth chip position with five players remaining and only the top four set to cash. Dan Smith was eliminated on the $230,000 money bubble when his pocket tens ran into the pocket jacks of start-of-day chip leader Sam Soverel. The superior pair held up and Soverel took a sizable lead into four-handed play.

Soverel entered the day with a chance at surpassing PokerGO Cup points race leader Daniel Negreanu for the series title. Negreanu could lock up that award, and the $50,000 in added prize money that comes with it if he were to finish third or higher. Negreanu was the second shortest stack heading into four-handed play, with Sean Winter having just more than five big blinds in front of him. Negreanu made big laydown with a pair of aces and an eight kicker after Katz put him all-in on the river. Katz held A-K and would have knocked Negreanu out in fourth place, but Negreanu was able to make the correct fold and preserved his chances of locking up the PokerGO Cup title.

Here is a look at the payouts and rankings points awarded in this event: