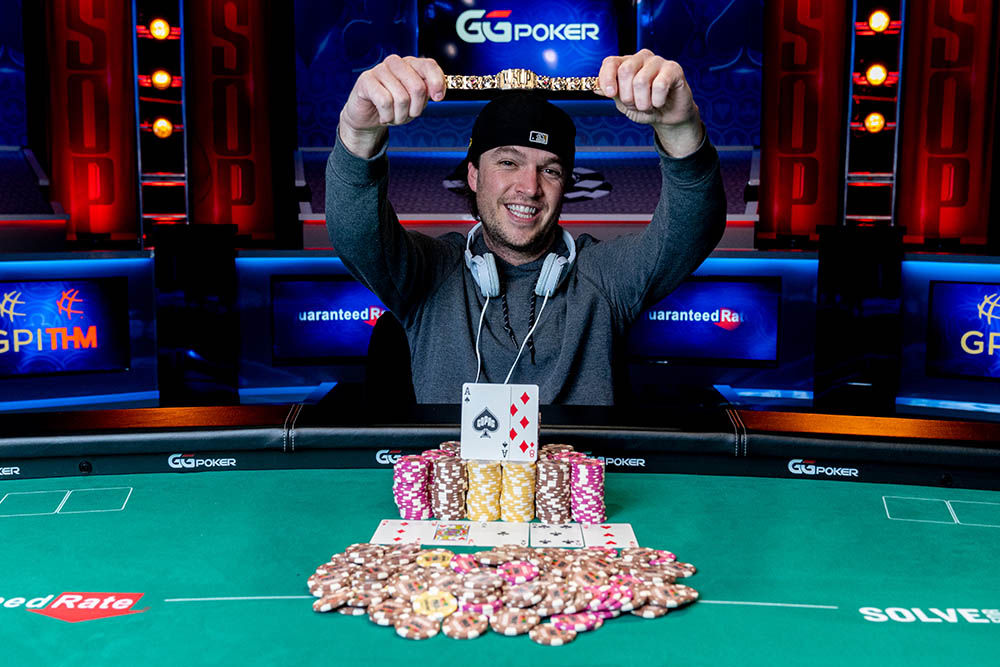 The final day of Event #46: $800 No-Limit Hold'em Deepstack has been played to its conclusion. Day 2 started with 120 players that returned to action from a 2,053-entry field and after eight hours of play, it was Chad Norton who came out victorious to win his first WSOP bracelet, along with $214,830 in his first-ever WSOP event.


"This is surreal," Norton stated after his win. "It was a quick tournament with a lot of ups and downs like always but it was a lot of fun and I'm just really grateful to come out with the win."

The win wasn't an easy one for Norton, as he had an uphill battle coming into the final day with just over ten big blinds.

"In one of the final hands of Day 1 I lost pocket kings against ace-queen for 1.2 million," Norton continued, "It would have been nice coming into today with a nice chip stack but instead I came in with 380k and fought my way back somehow."

Norton, an ex-cars salesman turned online poker player hasn't played many live tournaments and told PokerNews that this in fact was his first-ever live WSOP tournament.