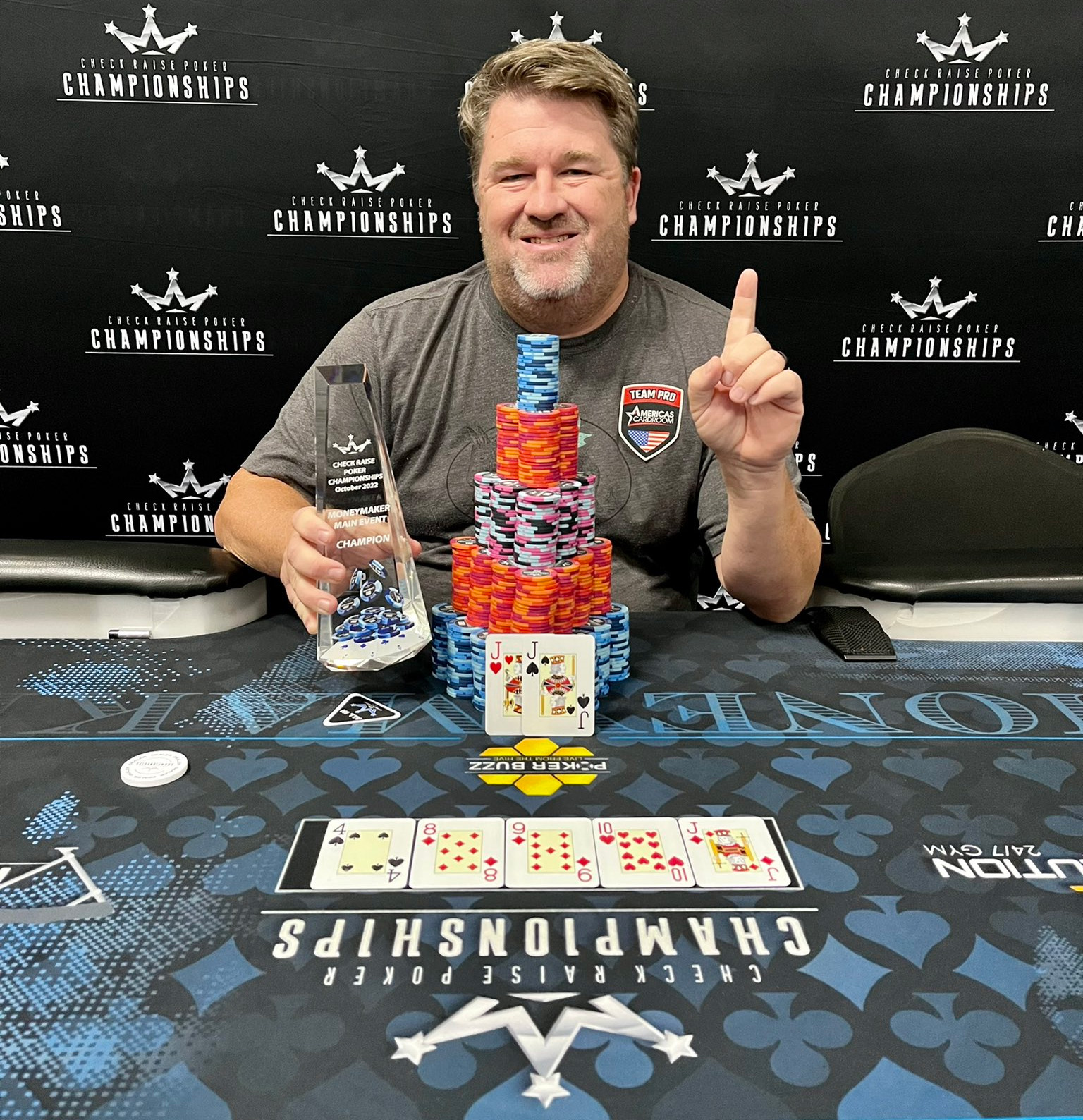 Chris Moneymaker is one of the biggest names in poker and a huge crowd magnet, even in the land down under, which was proved once again at the Check Raise Poker Championship from Acacia Ridge Hotel in Queensland, Australia.

337 players gathered to play with the man in what was called the Moneymaker Main Event with A$200 buy-in and Chris didn’t just play in his namesake event, but he took it down for A$12,000!

He came to the final table as 4th in chips with 19 big blinds, while Lachlan Crilly was a big chip leader with 63bb and the gap grew with each elimination. When there were 5 players left Lachlan had almost half of the chips in play, but Chris navigated the final table as a true champion and stayed close with 15-20 big blinds and waited for his moment. 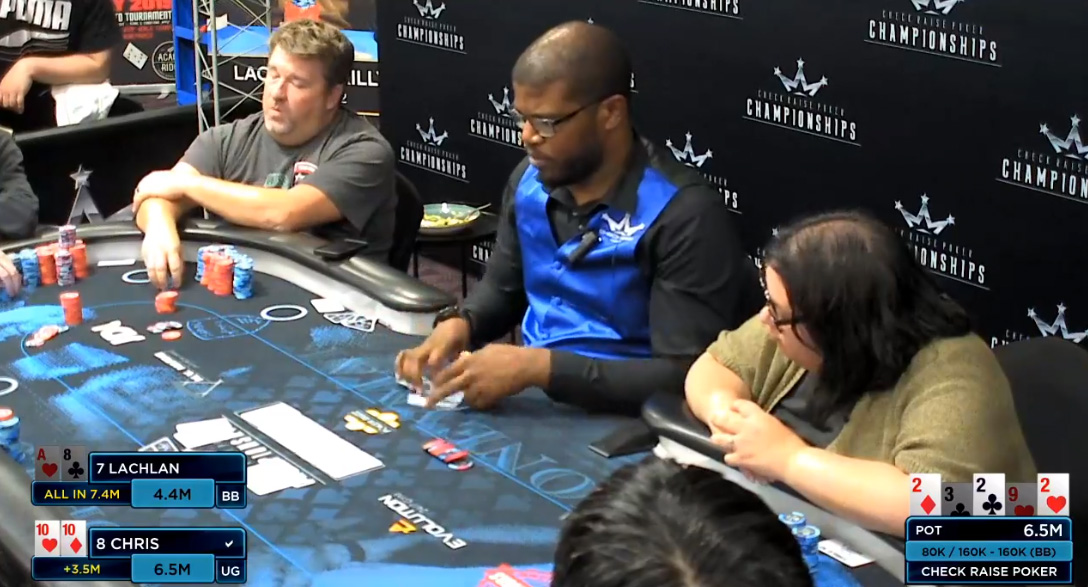 The key moment came when he was holding pair of tens while Crilly had A8o and pushed all-in, Moneymaker quickly calls, and pair of tens hold for a chip lead. After the hand he steamrolled the table as he eliminated next three players in a matter of minutes.

Moneymaker started heads-up with almost 4:1 chip lead and quite comfortably closed it down. The last hand played itself with Chris holding JJ and Lachlan having ATo in his hand. Flop came TJ9 and it seemed that it’s all over down under, but the turn 8 brought Lachlan straight flush draw with 15 outs. 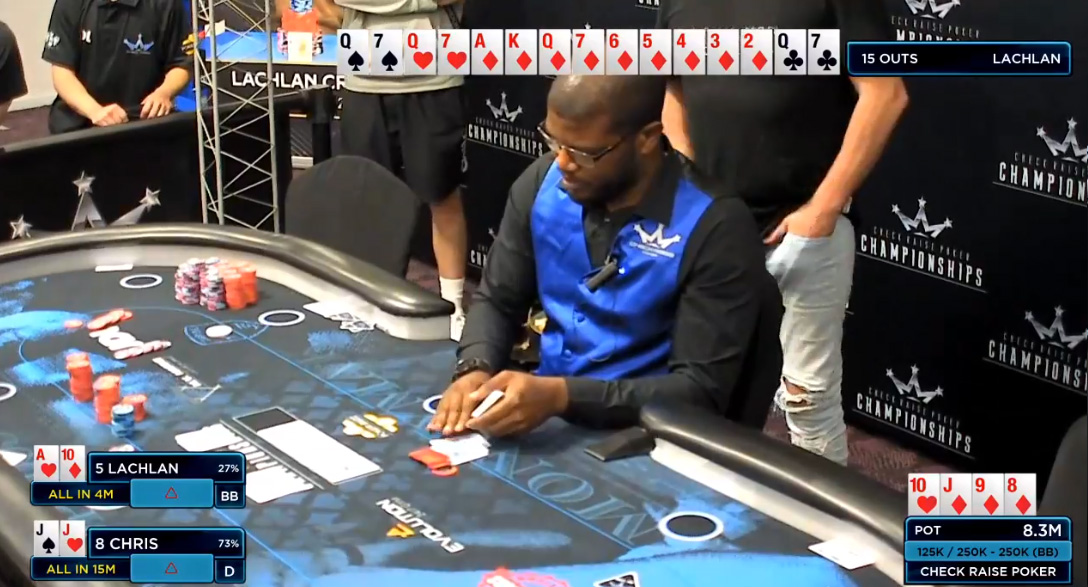 Unfortunately for him the river was a blank and Moneymaker wins Moneymaker Main Event for A$12,000! You can watch the replay of the final table here.

Chris Moneymaker is not the only player who recently won "his own tournament." Similar feat was achieved by Brad Owen, who won $12k ClubWPT Brad Owen Bounty Freeroll with 2,154 entries while livestreaming it on YouTube.