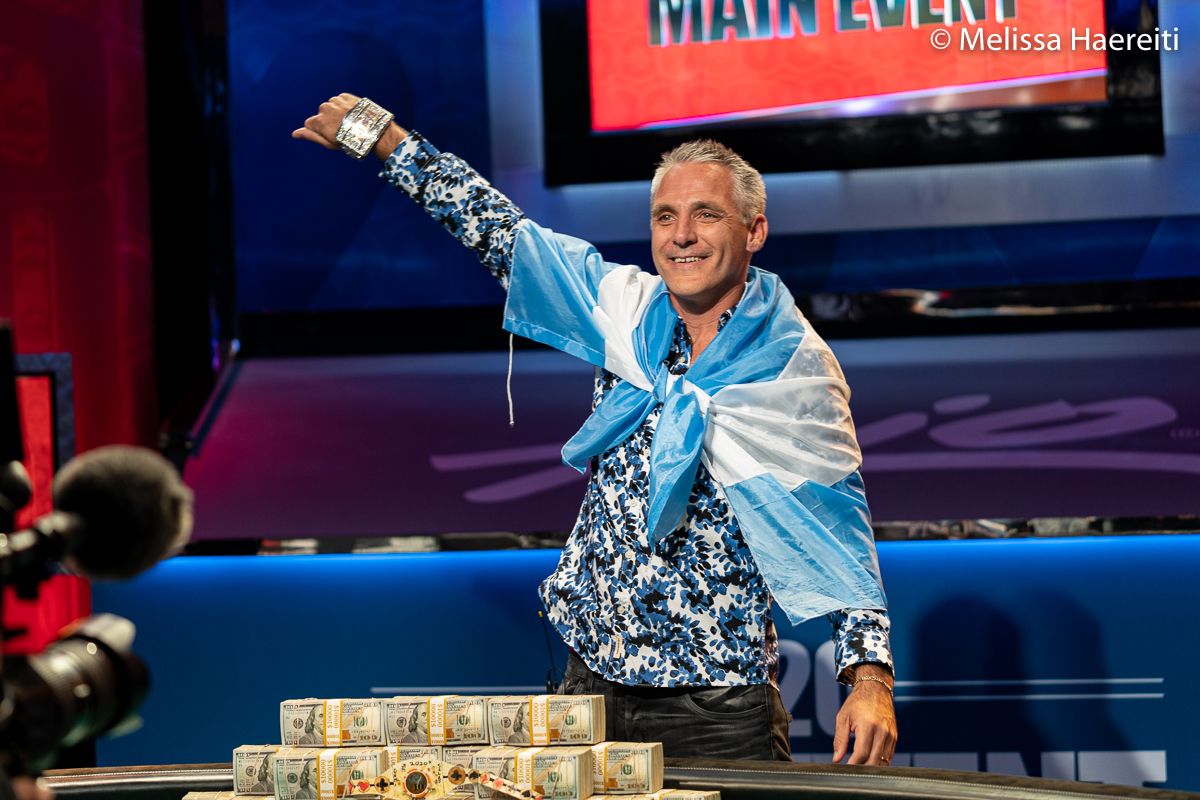 Damian Salas is crowned 2020 World Champion after beating Joseph Hebert in a Heads-Up battle between International and US WSOP Main Event leg winners. This unprecedented tournament was finished in 2021 due to COVID travel complications that Argentinian had to endure in last week.

At a stake was a title of World Champions, additional $1 million award and diamond and gold encrusted Main Event bracelet. 6 hours and 173 hands were needed to get a winner, in the final hand Salas called with KJ Hebert’s AQ all-in. King on the flop, blank turn and river and Damian celebrated his biggest win in the career. 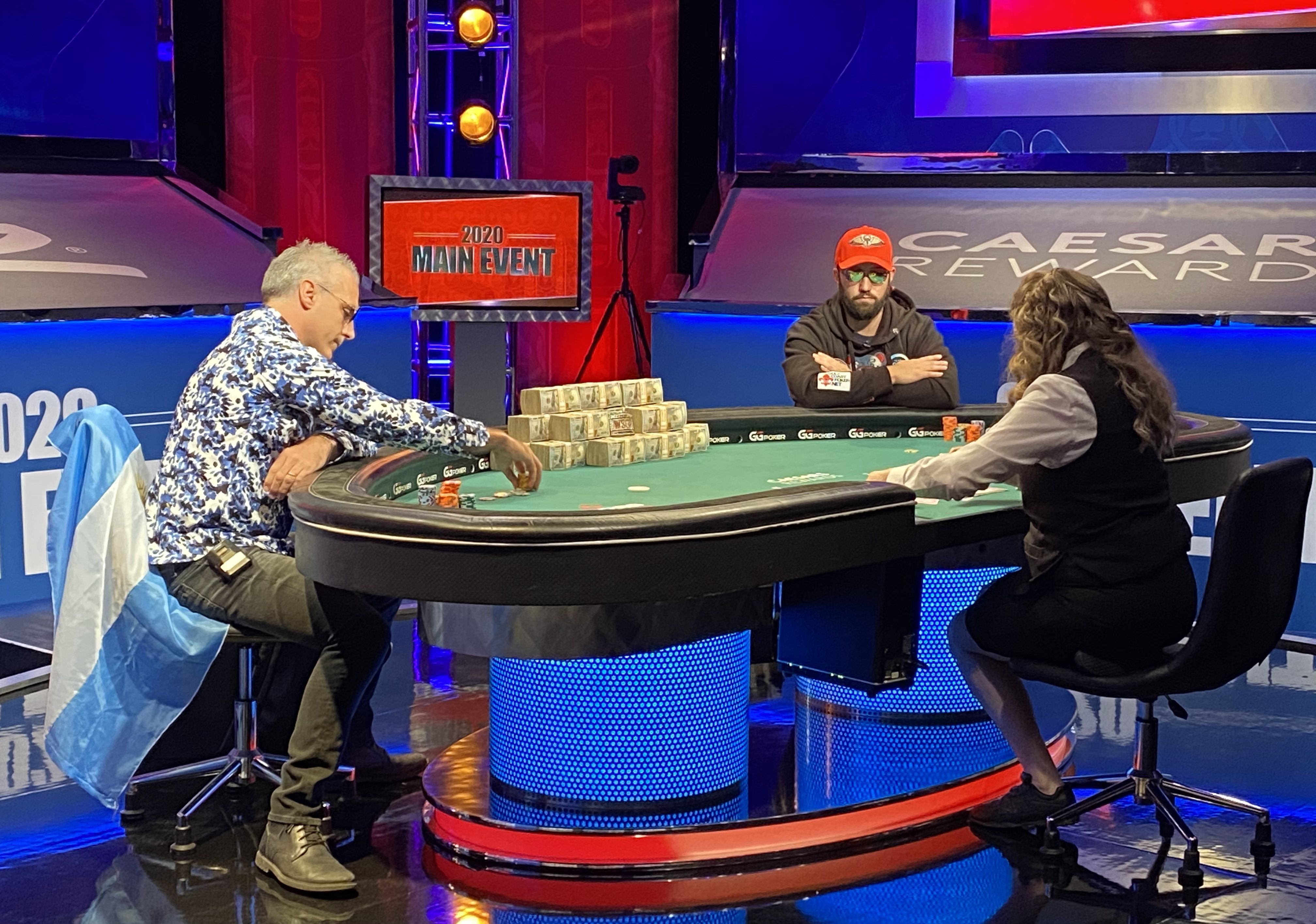 Not many get a second chance and Salas did as he already finished 7th in 2017’s Main Event. This year he came back with the eyes on a prize. In a route to World Championship he had to endure two days of online play on GGPoker, live Final Table in Rozvadov, Czech Republic, heads-up against Brazil’s Brunno Botteon, US travel ban due to COVID-19 and finally a heads-up in Vegas against Joseph Hebert.

Here's what it looks like close up to win, and lose, a heads up battle for the @WSOP Live Main Event.

Two amazing competitors, playing our game the way it should be.

Congrats to Damian Salas, & @jmh050 can be proud of his amazing efforts & humility in defeat. #ThanksGG #WSOP pic.twitter.com/vhsXnTRtl1