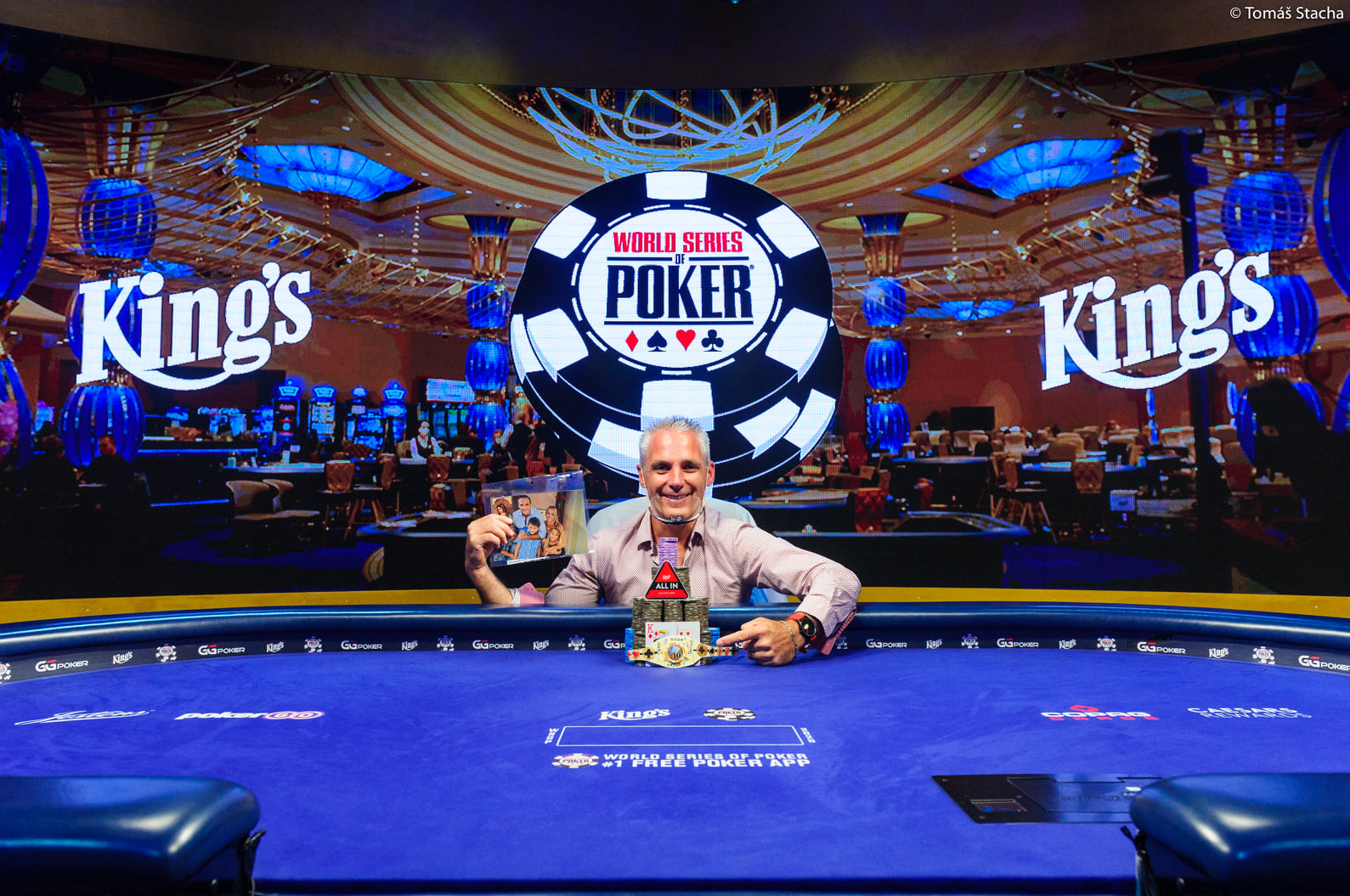 Yesterday at King’s Resort in Rozvadov (Czech Republic) the first final table of the 2020 World Series of Poker $10,000 Championship Main Event was play, and after the Latino American Heads-Up, we get the winner of the international version of WSOP Main Event Hybrid Damian Salas from Argentina!

The first two days of the tournament were played online on GGPoker with 674 entires and nine of them made the final table which was scheduled at King’s Resort in Rozvadov, but only eight players made a trip to this destination and played the WSOP final table. Chinese player Peiyuan Sun has decided not to travel and as per the rules, he finished ninth and won the $75,360 prize. 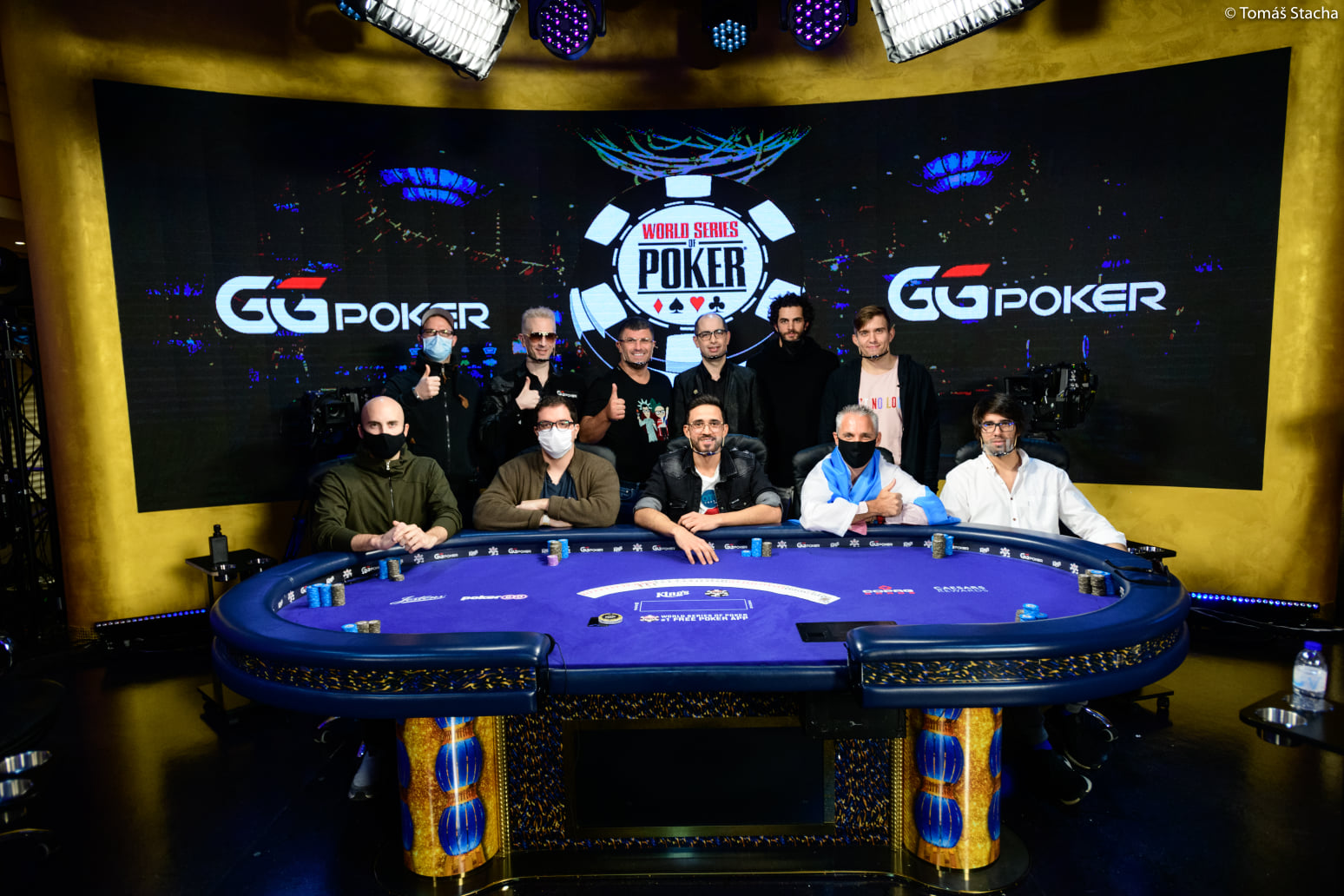 Hannes Speiser Eliminated in 8th Place:
The action kicked off with a raise to 425,000 by Damian Salas in early position and Hannes Speiser decided to three-bet jam with Qc Tc. Salas asked for a count and made the call of 1,925,00 chips with Th Ts and eliminated the Hannes in 8th places for $109,982.

Stoyan Obreshkov Eliminated in 7th Place:
The Bulgarian player opens it to 900,000 in the cutoff with Ks Th and leaves himself 650,000 chips behind, Damian Salas looked at Ac Tc on the button and re-raised to 1.75 million. Obreshkov called it off and quickly realize that he is in a bad situation. After the community cards Td 9d 7d 7s As he was eliminated in 7th place and takes home $160,512.

Dominykas Mikolaitis Eliminated in 6th Place:
Manuel Ruivo moved all-in with the pair 3c 3h and put the Litvanian player in a tough decision, Dominykas called it off with Ad Jc. Ruvio catches a bottom set on the flop and knock out Mikolaitis in 6th place, which comes with a payday of $234,255.

Marco Streda Eliminated in 5th Place:
The action started with a button raise to 600,000 by Manuel Ruivo and Marco Streda with Ah Kd called an all-in triangle. Manuel Ruivo immediately called off nine big blinds with Ac Ad. After a flop, Jc 8c 2c Marco was in big trouble and it was all over on the turn and the river officially ended Streda's run in 5th place for $341,879.

Manuel Ruivo Eliminated in 3rd Place:
Manuel Ruivo went all-in with 9d 4h on the flop 9c 4c 2d and Damian Salas snap-called with flush draw Tc 7c. The 8s turn gave Salas an open-ended straight draw on top and it was all over as the 5c river improved Salas to a flush and sent Ruivo to the rail in 3rd place for $728,177.

Heads up:
Two South American players, Argentine Damian Salas and Brazilian Brunno Botteon, competed in the heads up match. Salas started the match with a prominent advantage and beat the Brazilian and took home $1,550,969. 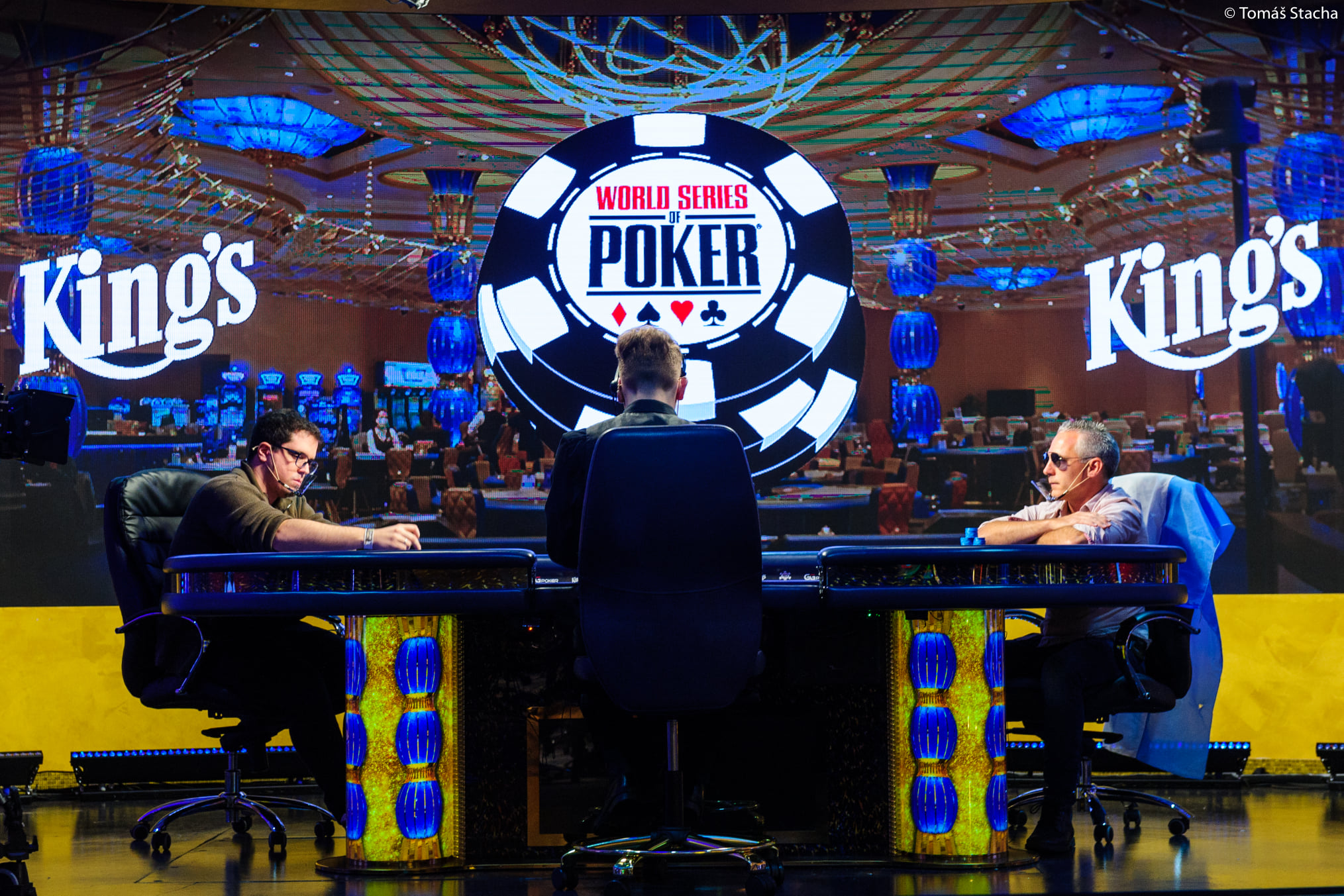 A limped pot led to the Kc 4c 2h flop on which Brunno Botteon checked his option and Damian Salas checked behind. The 6h fell on the turn and Botteon checked once again, which led to a bet worth 1 million by Salas. Subsequently, Botteon check-raised to 2.8 million and Salas made the call.

The 8c fell on the river and Botteon announced all-in. Salas asked for a count on the shove, which was deemed to be for 6.65 million and the Argentinian took off his sunglasses for the first time on the final table to study his opponent.

One minute passed without any decision, Salas then took some more time and eventually called. Botteon immediately tapped the table and turned over 7h 3h for a bluff gone wrong as Salas revealed kd 8h for the top two pair.

Damian Salas defeated Brazil's Brunno Botteon to claim the top prize of $1,550,969 and a chance to win an aditional $1,000,000. The heads-up duel for the title of 2020 World Champion is currently scheduled for Dec. 30, and Salas now awaits the champion of the domestic leg, which played down to the final nine on the WSOP.com client in Nevada and New Jersey.