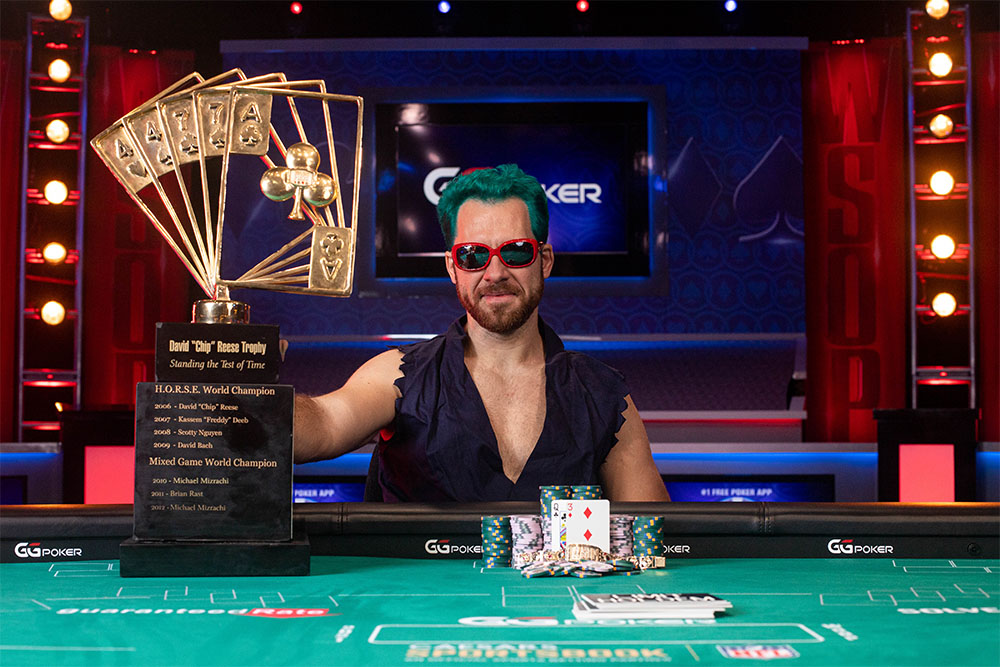 In a day and age where poker players and fans often complain that there isn’t enough personality in the game of poker, it was quite surprising to see Dan “Jungleman” Cates show up to something as serious as the 2021 WSOP $50,000 Poker Players Championship final table dressed up as a popular Japanese anime character. But there he was, blue hair and all. And at the end of what he called the “final battle”, Cates emerged victorious to earn his first World Series of Poker gold bracelet, his name engraved on the Chip Reese Memorial Trophy, and the tournament’s top cash prize of $954,020.

“It was pretty important,” Cates added about the win, “Because now I have more money to help the world and to continue a career outside of poker and beyond.” 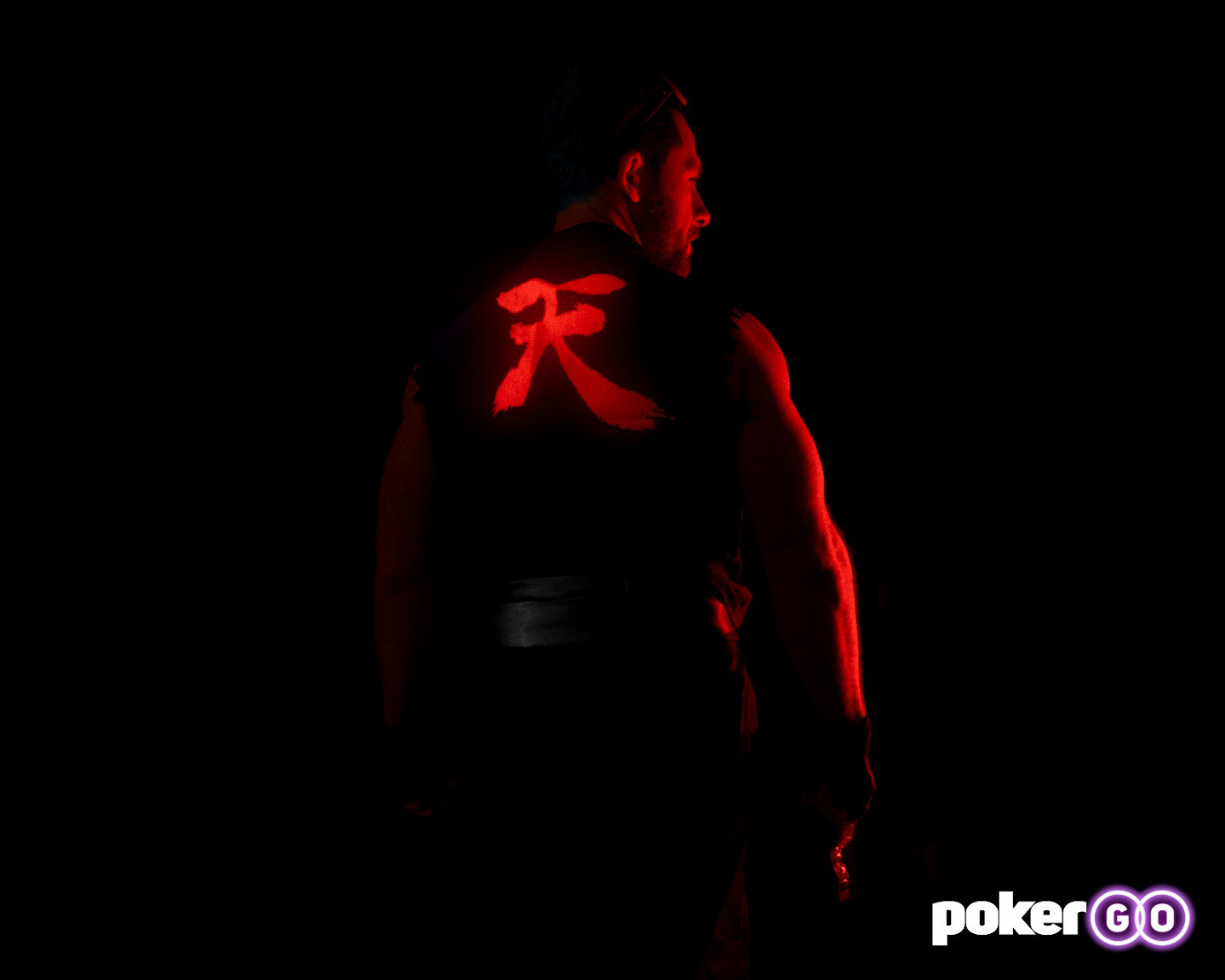 Entering the final day of play with action streaming on PokerGO.com, Cates arrived dressed as Akuma from Street Fighter as he was prepared for battle. Once Brewer was out in fifth, and Elezra exited in fourth, the three-handed battle between Cates, Leng, and Volpe, lasted over five hours as each player held the chip lead and struggled as the short stack. The hand that completely changed the fate of all three players was a limit hold’em hand where Cates raised all-in on the river after catching second pair only to have Leng bet-fold top pair incorrectly. Once Volpe exited in third place, Cates held a commanding chip lead with a five-to-one advantage over Leng who was chasing his second WSOP bracelet of the series, third WSOP bracelet of the year, and top spot on the 2021 WSOP Player of the Year leaderboard.

Leng chipped away at Cates’ lead over-and-over, but Cates would regain his advantage in response before the final hand saw Leng all-in with bottom pair against the straight draw from Cates. Cates went runner-runner two pair to lock up the victory and ensure Leng of his second second-place finish after he finished second in the Event #30: $1,500 Monster Stack following his victory in Event #23: $1,500 8-Game Mix.

Cates now leaves the list of best poker players that don’t have a WSOP bracelet, and what better way to do so than by winning one of the biggest tournaments on the WSOP schedule – the $50,000 Poker Players Championship. Cates now sets his sight on the WSOP Main Event and some of the high roller tournaments to close out the 2021 WSOP.

“I might play some poker,” Cates said about his upcoming plans. “I can’t be in God mode for the Main. It’s not fair. That’s not fair.”