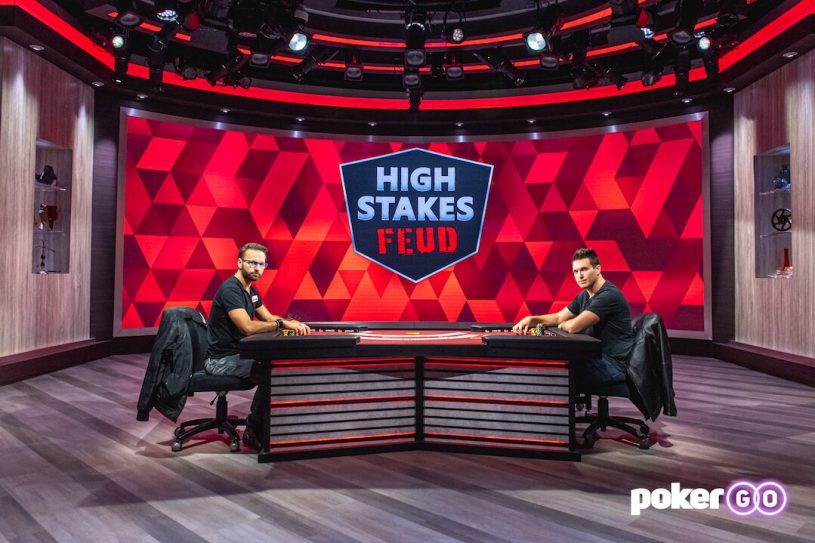 After many months of (trash) talk on twitter the time has come as Daniel Negreanu and Doug Polk played the first 200 hands of their grudge match (or "High Stakes Feud" as PokerGO is calling it).

First 200 hands were played live in PokerGO studios, where Negreanu walked away with a commanding lead of $116,500. Of course, there’s still 24,800 hands to be played so this six-figure score could be just a small blimp on a very large scale what is a months of playing HU poker.

Watch the Top 5 hands from the first night, courtesy of PokerGO:

The biggest takeaway from the match so far wasn’t the Daniel’s win, but how friendly and cordial both of them were. We were hoping expecting a much harsher tone, but apparently that’s reserved for online.

Same. I know a lot of people wanted some IRL drama but the reality is we are both there to play. Looking forward to Friday. https://t.co/wQKbkw2BCi

All online sessions will be streamed live on Upswing Twitch and Doug Polk YouTube channel.

See down below the poker setup Negreanu will be using for this match.