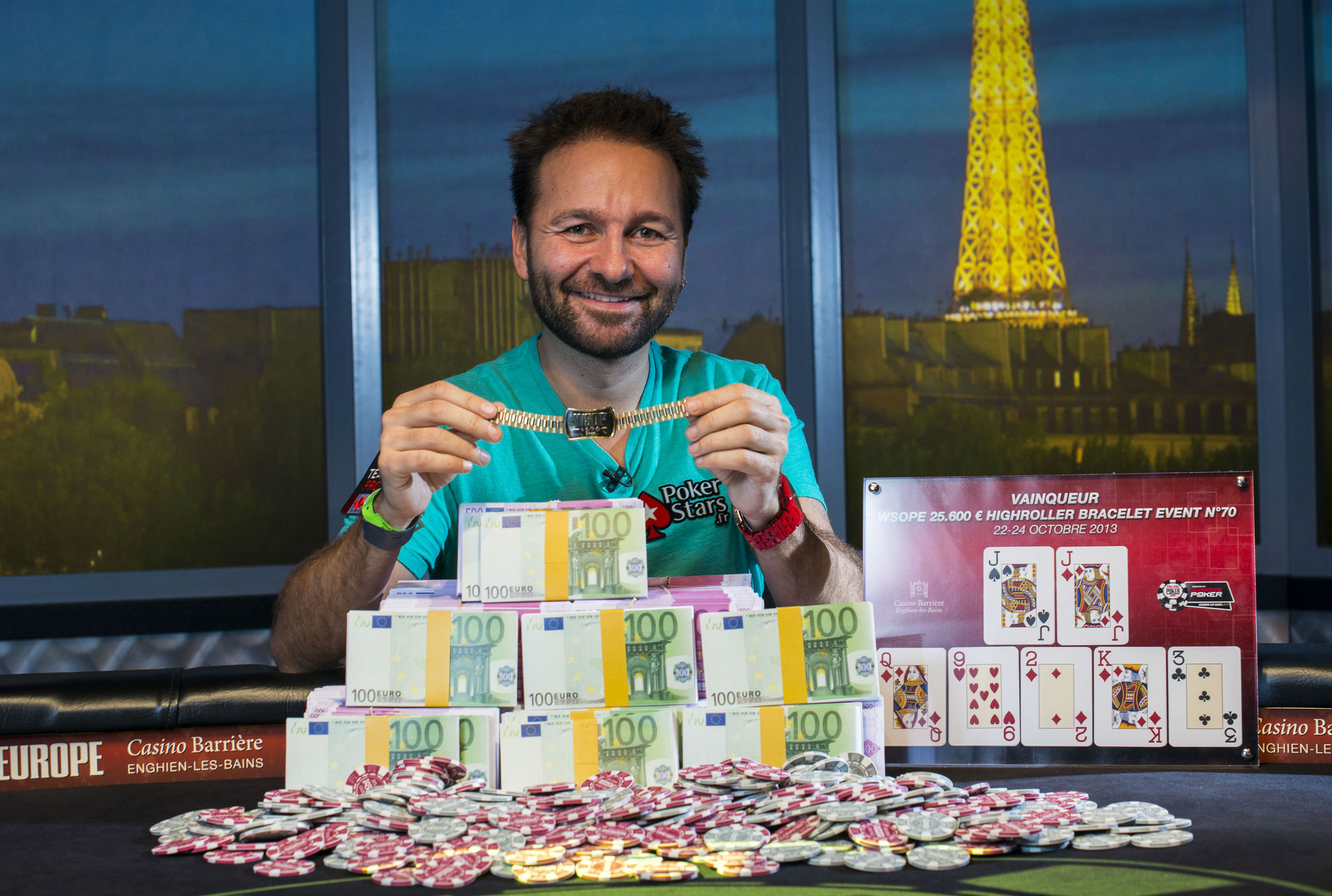 Daniel Negreanu has won six World Series of Poker gold bracelets in his career, making him one of just 16 players to have won as many or more titles in WSOP events. Playing under the screen name ‘DNegs’, the 46-year-old Poker Hall of Famer made it down to the final three players from a field of 612 entries in the 2021 WSOP Online $600 buy-in no-limit hold’em knockout event. Negreanu ultimately fell just a couple spots short of securing the final bounty and his seventh bracelet, earning $19,851 in prize money as the third-place finisher. Negreanu, who streamed his play in the event on his YouTube channel, also secured five bounties in the event for an additional $1,000.

Daniel Negreanu finally cracked an eight-year tournament drought earlier this month when he won the $50,000 Event #7 of the PokerGO Cup. That $700,000 first-place prize and his eventual PokerGO cup series title helped take the edge off of recent defeats to Phil Hellmuth in three consecutive High Stakes Duel matches and to Doug Polk in a heads-up challenge that cost him $1.2 million over 25,000 hands.

The cold streak included an incredible 10 runner-up finishes from 2013 through 2019. With his overall tournament slump now busted, the next step for Negreanu is to break through for his seventh career WSOP bracelet.

The slump could have easily ended before it began. Negreanu played his way down to heads-up in both the $10,000 No-Limit 2-7 Lowball Draw Championship and the $1,000,000 Big One for One Drop events in 2014. That was before coming up just shy of his seventh bracelet in both of those events. Negreanu had a third-place finish at the WSOP in 2015 and 2018, and four top-six finishes including a runner-up finish in 2017.

Negreanu scored an incredible 16 cashes at the 2019 World Series of Poker and made it to heads-up in both the $10,000 Seven Card Stud event and the $100,000 No-Limit Hold’em High Roller event. The 2019 series was a clear success by any measure other than bracelet count, but that’s a pretty important measure for bracelet-hungry Negreanu.

In his most recent YouTube video, Daniel Negreanu announced his plans to play in virtually all of the upcoming GGPoker WSOP Online bracelet events from Cabo San Lucas, Mexico. GGPoker announced the full online schedule earlier this week:

Negreanu also announced that he would be live-streaming his events every day except for Sundays, which he said are generally more hectic with multiple tournaments going on at once. With 33 WSOP bracelets up for grabs from August 1 through September 12th, Negreanu will get plenty of cracks at that elusive seventh bracelet.