After two months, the date of the long-awaited duel between Doug Polk and Daniel Negreanu is finally known. First hands will be played on November 1st as they already set the stakes and the rules of the match, and it is known that the grudge match will take place on the American website wsop.com. 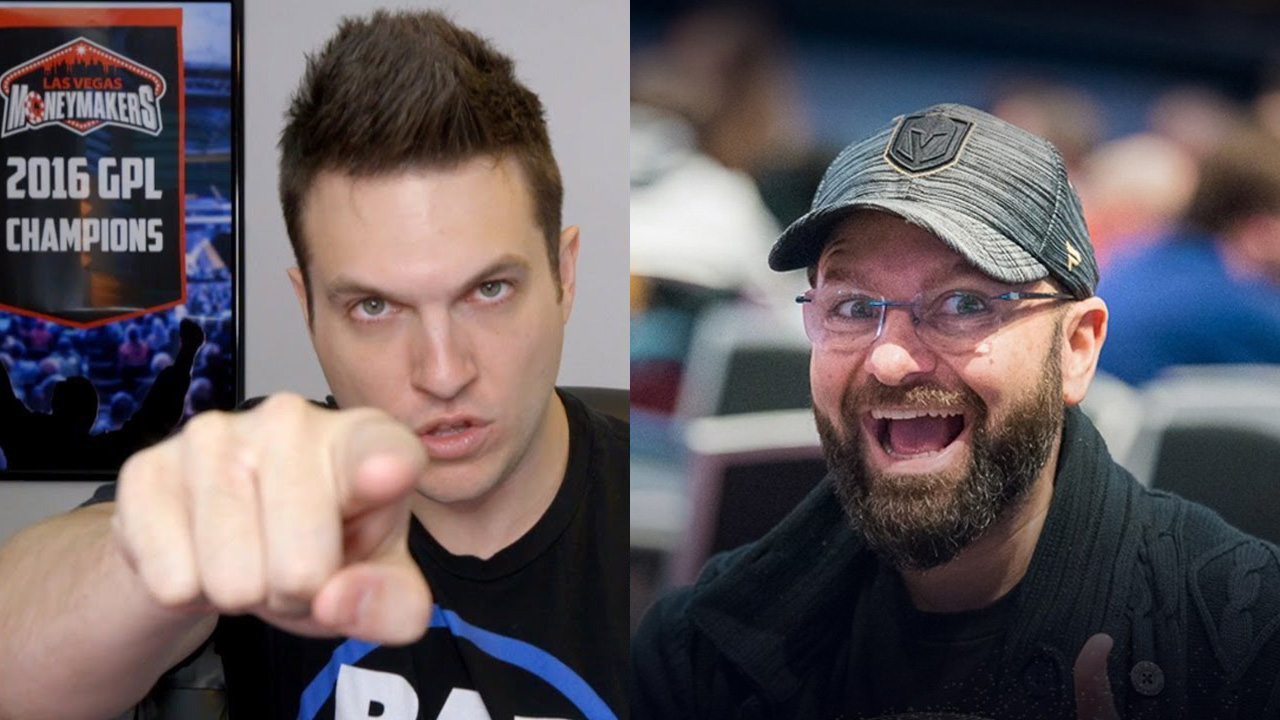 Talks about the duel resumed on October 2nd, when Doug Polk tweeted to Negreanu, saying it had been two months since they started the talks about the challenge and that he is ready to play.

Doug has also started a heads-up challenge on the WPN network during this time. If you want, you can compete with him at various limits, starting with bets of $3/$6 and running up to $100/$200. 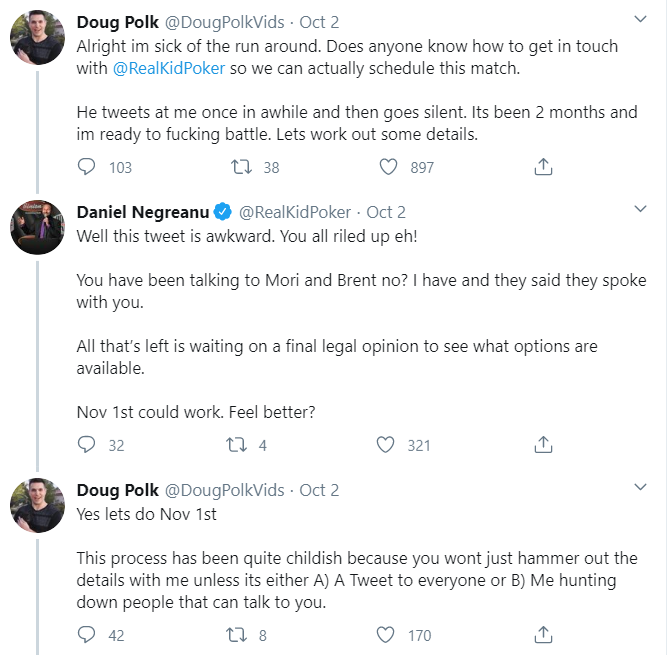 On Twitter, the poker players agreed on how they would settle the score and both agreed to play No-Limit Hold'em with bets of $200/$400. The goal is 25,000 hands with the possibility of the loser interrupting the duel after 12,500 hands played. They will play at least 2 hours a day and at least 4 or 5 days a week, and both players will have to agree for each additional hour. 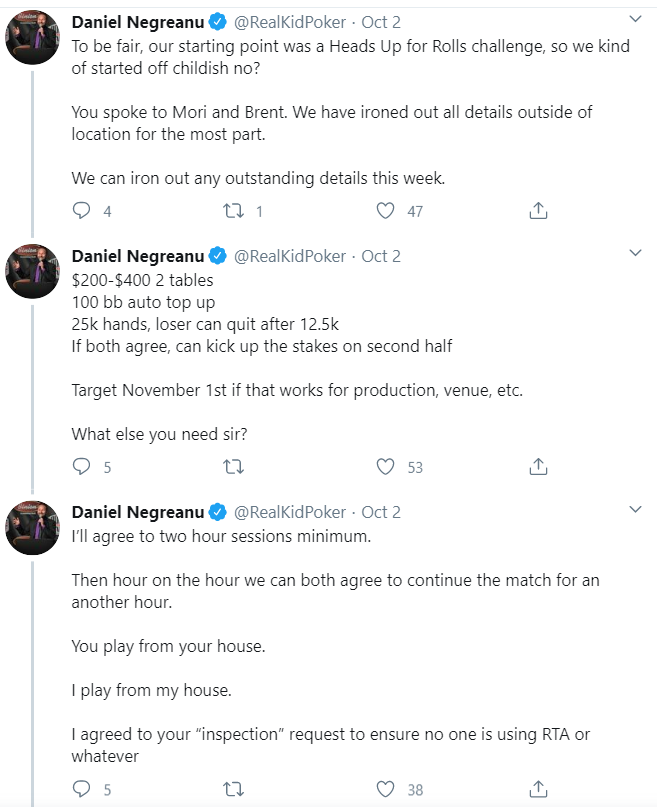 The players will also stream their game, and former professional poker player Kane Kalas will comment. You will be informed of all the other information as soon as possible. 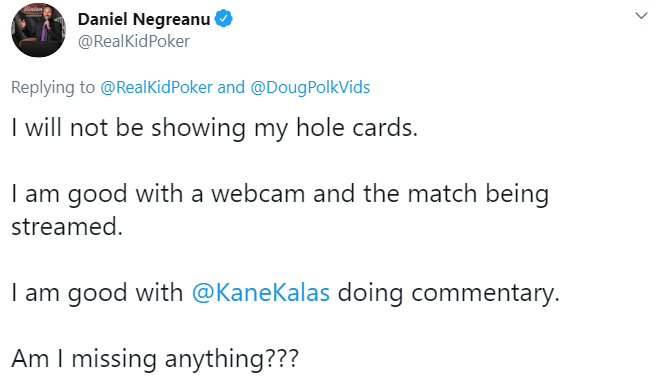