Darren Elias added the POWERFEST #15 High Roller title on partypoker to his ever-growing list of poker victories. This latest triumph came with $134,480 in prize money!

The tournament drew in 114 players who each paid $5,200 for the chance to become the latest POWERFEST High Roller champion. Only 20 of those starters won a slice of the $570,000 prize pool.

Fourth place and $43,964 went to Joakim Andersson, before Pascal Hartmann busted in third place and collected $64,143.

Darren Elias and Marius Gierse were the last two standing and they battled it heads-up for the title and the tournament’s six-figure top prize. Elias, a four-time World Poker Tour champion, defeated his Austrian opponent and took home the $134,480 top prize. Gierse, while disappointed not to win, cannot be too unhappy with his $91,515 consolation prize. 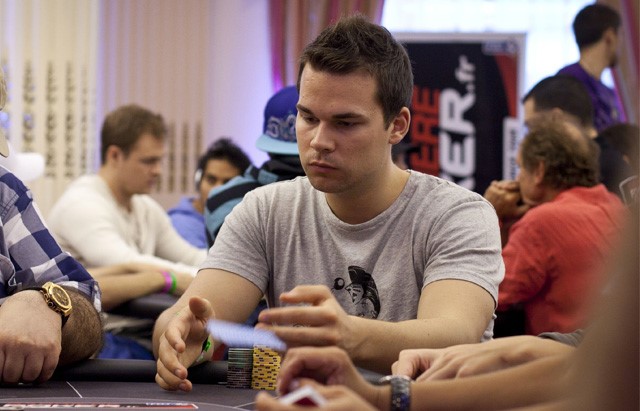 Sami Kelopuro triumphed in the $1,575 POWERFEST #14 High Roller Knockout Weekender event and is now $81,015 richer as a result. Winning poker tournaments seems easy for Kelopuro, but this victory was tough thanks to some of biggest superstars being among the final 52 who made it through to Day 2.

Roman Sanarov and Luan Hertmann exited from the final table before Thomas Muehloecker finished in fifth. Muehloecker’s total prize, with bounties included, came in at $25,155.

Theo Arnoldi was eliminated in fourth, and Simon Mattsson’s tournament ended in a third place finish worth a combined $38,179. Kelopuro and Arnaud Enselme battled heads-up for the title of champion. Kelopruo scooped a total prize worth $81,015 leaving Enselme with $52,826 for second place.