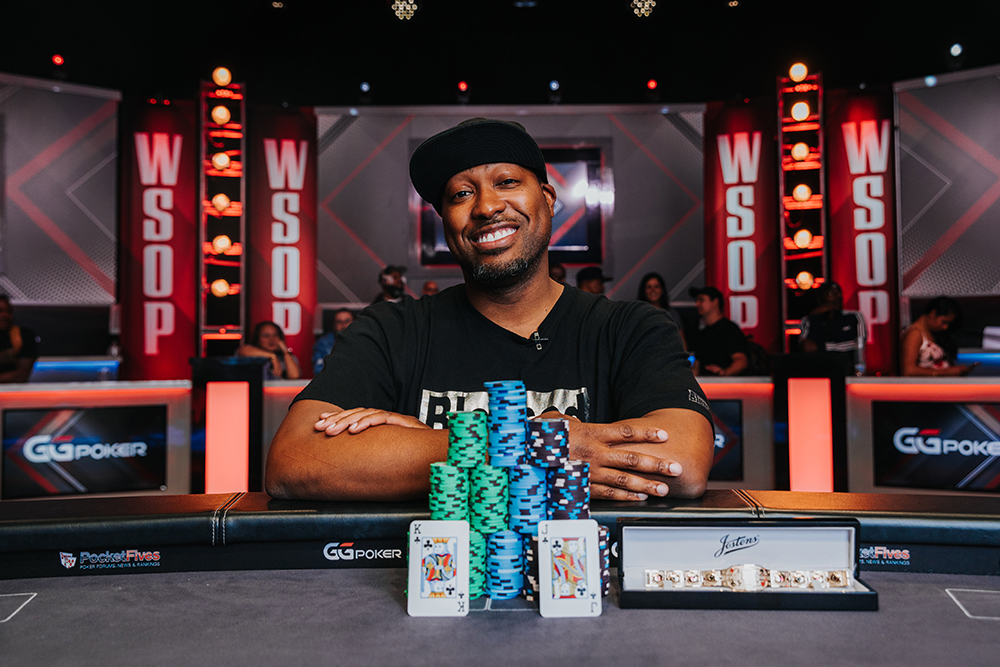 Phil Hellmuth was playing heads-up for another No Limit Hold’em WSOP bracelet but was eventually denied by now two-times bracelet winner David Jackson, who was crowned in the Event #65: $3,000 Freezout tournament.

1359 players started the tournament and after two full days of play, 10 remaining players got together for unofficial final table on Sunday where $598,173 was reserved for the winner.

Jackson started heads-up with a massive chip lead after he knocked out Jeffrey Lo in 3rd place. In the first hand already, Phil Hellmuth pushed all in on the turn and took a chunk of David’s chip. Few hands later he woke up with pocket Aces and Jackson decides to bluff at the wrong time and Hellmuth quickly took the lead.

Phil Hellmuth eats a sandwich like an absolute psychopath and the booth goes nuts 😂😂😂 pic.twitter.com/vjnFk2tevP


From that point on it didn’t go well for the "Poker Brat" as he was losing chip in pretty much every hand. The last hand of the tournament Phil limped with A7s and Jackson pushed with KJs. Phil called almost immediately and was a small favorite in the hand.

Flop opened T4T, looking good for the WSOP bracelet record holder. Turn 9 gave four additional outs for Jackson with gutshot draw, which completed on the river with a Q.

Watch the final table in the replay below.

Despite the loss, Phil Hellmuth is already looking towards the $10,000 WSOP Main Event, which started today with Day 1A. He came to twitter to ask which costume he should wear this time for his legendary annual tournament area walk-ins.

1 Still recovering from the last two days (2 twelve hours days of intense No Limit Hold’em: finished in second place). Will take tomorrow off. Meanwhile, I am coming in in a costume for @WSOP Main Event on Tuesday, which “costumed Phil” do you like: