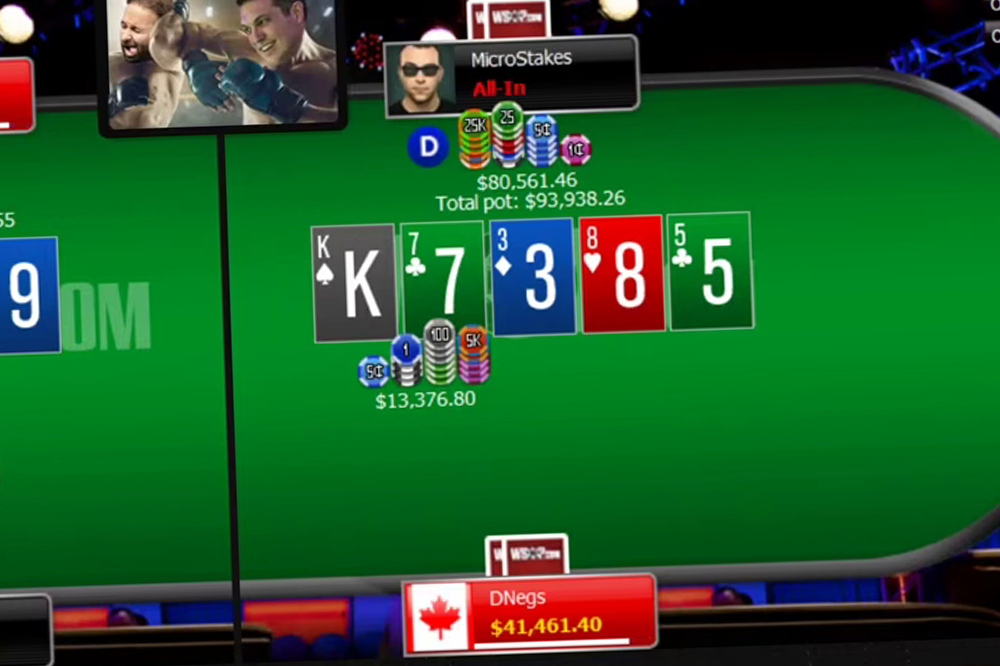 Another winning session in the books for Doug Polk after beating Daniel for $166,239. Canadian took an early $45k lead yesterday after he caught him bluffing in a big pot, but after that it was all Doug again.

The biggest pot of a day came about an hour and a half in. Doug cbets two pair with K7 on K73 rainbow flop, overbets turn 8 and goes all-in with $80k on a 5 river in $13k pot. Daniel rivers two pair himself, goes in a tank and eventually calls for $41k and almost a six-figure pot ships to Doug.

Watch the whole hand down below.

After 1006 hands Daniel is down more than quarter of million dollars. Sounds a lot but remember that guys are playing $200/$400 with $40,000 buyin, so that would equate to "only" 6.7 buyins which sounds totally standard for a HU match.


While pokershares’ odds for Daniel to win are at 83/10 (+830, 9.30), Chris Moneymaker proposes an interesting question to his twitter followers. Who has a better chance of winning, Donald Trump or Daniel Negreanu? You won’t believe the results.

Who has a better shot at winning?