This year’s WSOP Championship concluded on the 6th of September, except for the 9 players remaining on the final table of the $10.000 WSOP SUPER MILLION$ even. The tournament was paused and continued later on. The battle for the last bracelet saw 9 players from six different countries. Three players from the USA, two from Russia, and one from India, France, Kazakhstan, and Canada, respectively. 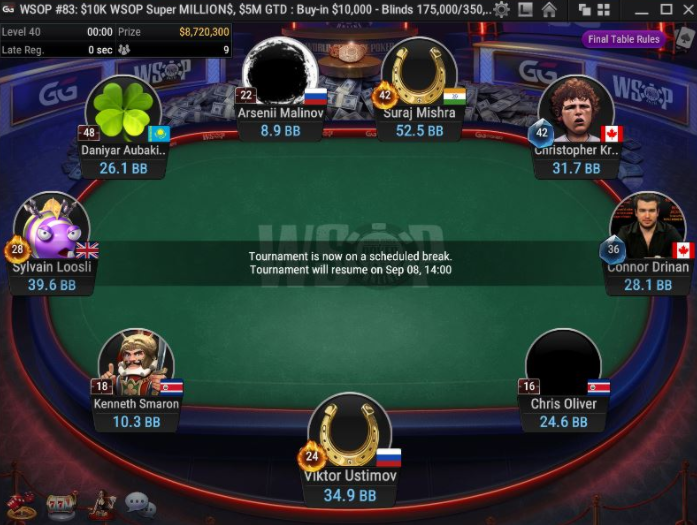 With 7players remaining, the American, Connor Drinan, took matters into his own hands, when he opened AhAc for 2,3BB and saw the Canadian, Christopher Kruk going all-in from the small blind with AsJc with his remaining 21BB. The American instantly called the shove and took the chip lead after the 9c Jc 3d 6h 8h board wasn’t enough for the Canadian.

The heads-up match saw Connor take on the Kazak, Daniyar Aubakirov. Connor had a 4:1 chip lead. In the last hand, Connor went all-in with Ac9s and the Kazak called the shove with AsJc. The last card on the board was a 9 (Ah Kh 4s 8s 9c) and Connor took down the tournament. 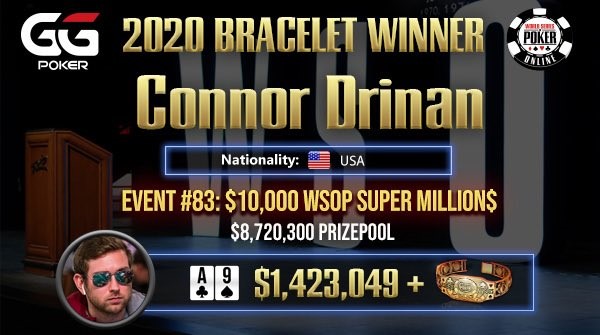 Connor won an impressive prize of $1,435,049, a WSOP Europe package, and the golden WSOP bracelet. On top of that, he won his side bet versus Daniel Negreanu, netting him an extra $100,000.