Last week Flip&Go tournaments were launched on GGNetwork and became quite a hit quickly after its debut. The premise of the tournament is that all players are forced all-in every hand until there’s one player left on the table.

After that remaining players are reseated and tournament play continues with every surviving player being ITM already. Normal betting structure commence, and blinds increase every 5 minutes. 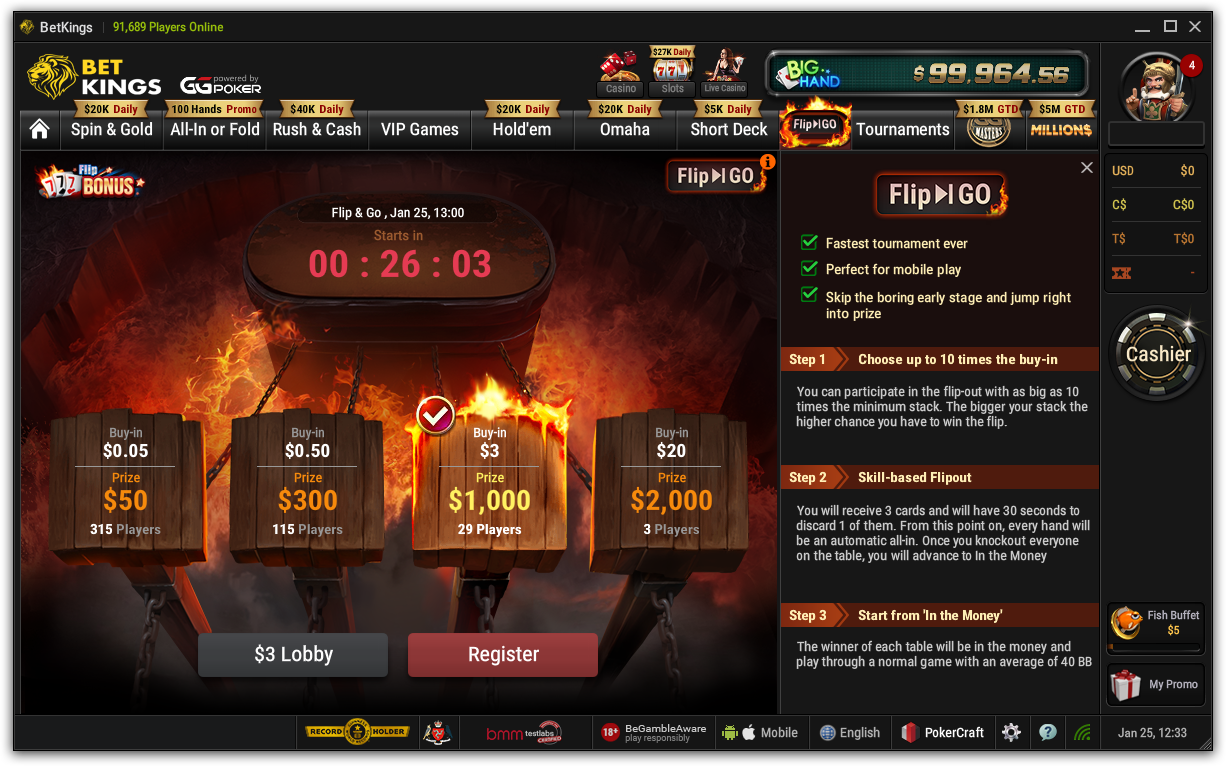 During this step, if you get dealt a great starting hand like straight or better, you’ll get a bonus to your starting stack.

Due to popular demand, buy-ins and guarantees to the tournament already increased, not even 2 weeks after the initial launch. From now own players can choose between these four buyins with following guarantees:

GG does not charge any rake on the lowest buyin of $0.05. When buying in into one of the Flip&Goes, you can choose the buy-in multiplier and start the tournament with a larger stack up to 10x. 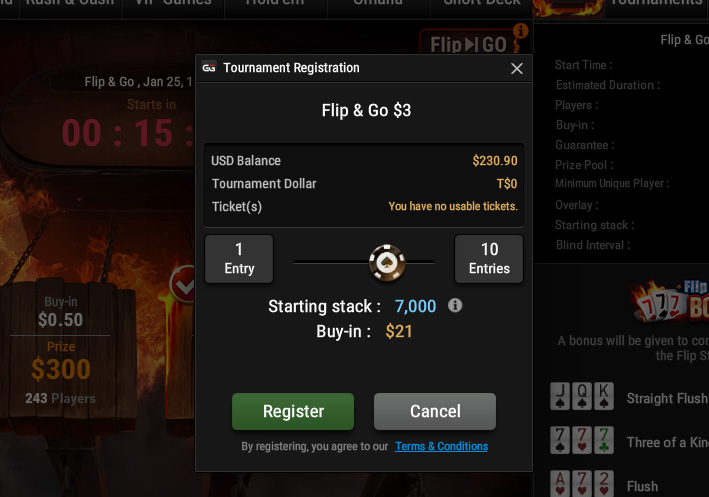 Have you tried Flip&Go already?