Daniel Negreanu almost busted his account today after another unfortunate session, where he lost two and a half buyins and is now down $784k in the Grudge Match against Doug Polk.

There’s a session scheduled for tomorrow, but Daniel has only about 3 buyins left in his WSOP.com account and needs to re-deposit another million. Because wire transfers take days, he will have to make a trip down to a casino and deposit cold hard cash and/or poker chips.

Session number 17 started good for Doug with a turned flush against Daniel’s straight. All the chips went to the middle on the river and Doug was up a buyin after 15 minutes of play. 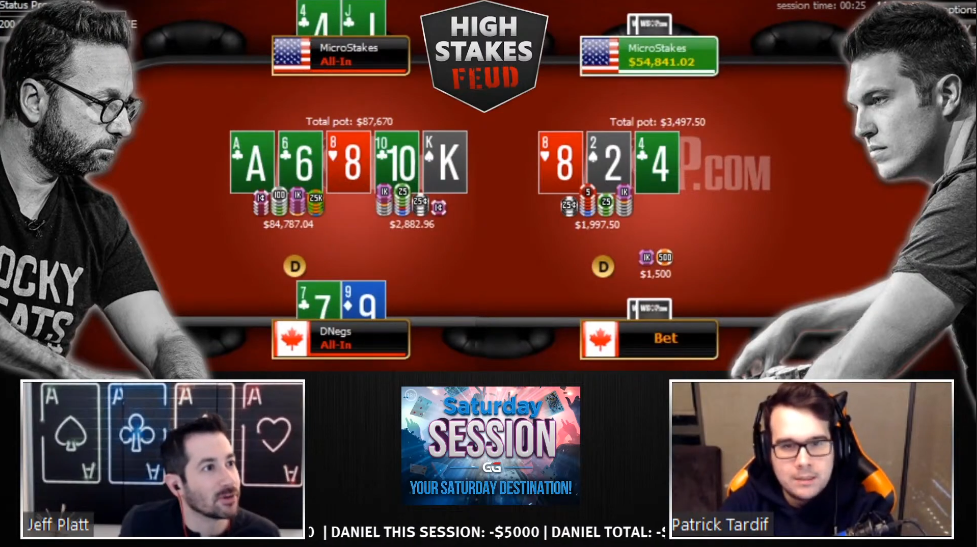 Negreanu held his ground pretty much throughout the whole session, except for the last hand where both of the guys went all-in preflop with Daniel having AKs and Doug rolling up Aces. Flop gave Daniel flush draw but didn’t hit. This hand actually produced one of the most epic post-session rants we’ll ever witness and you can watch it in video down below.