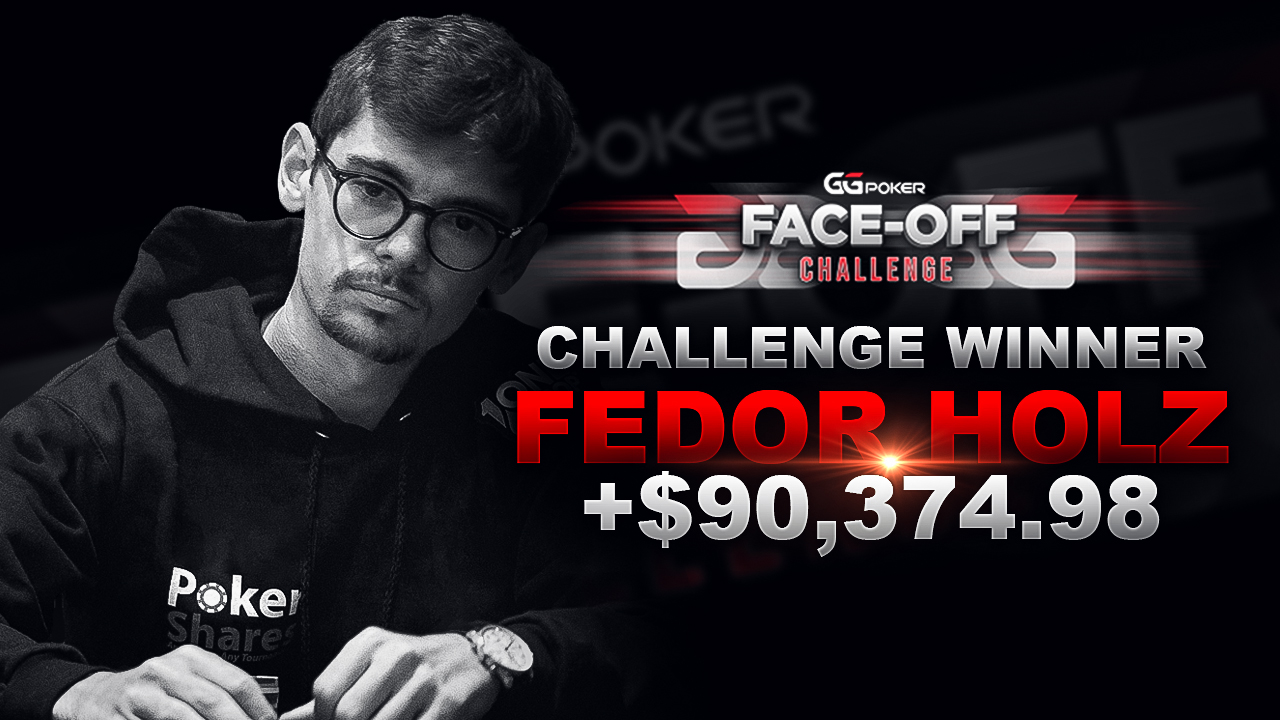 The poker pros and two of the best players in the world Fedor "CrownUpGuy" Holz and Wiktor "Limitless" Malinowski completed their Heads-Up Challenge. They've played four sessions at $100/$200 stakes of online play at GGPoker.

The match was starting to heat up before it even began, with a lot of friendly trash talk back and forth, but Holz was the one, who backed his mouth. Despite losing the final of four matches, he came out victorious overall by over $90,000.

The German superstar, who has over $32 million in live tournament cashes, continued his winning ways against Malinowski. Though ≈2000 hands is very far from conclusive evidence of anything, Holz has piled up three wins and one loss, worth a combined profit of $90,374.98. He was up by $160,268 after 3 sessions, but Malinowski did some damage repairing on the last session and reduced the loss by almost half. The whole match is available to watch on GGPoker's Youtube channel.

Of course an event like this can't get by Doug Polk, who trashed the heads-up game of both players before the match even began, and later accused Fedor and Wiktor of having staged their match. He was so disappointed in the level of play, that he ended his coverage of the first session of the competition early, saying that he had been insulted by the (non)quality of the play already during the first session. He took his disbelief to twitter and started an 'interesting' poll.

Is @Iimitless2 actually this bad or is he playing badly on purpose?

Fedor = extremely weak at hunl every reg dreams of having him sit their table. Spewtastic and punts hard.

Limitless = one of the most overated regs on the planet. His proof for being the best is saying so on a podcast. Since then lots of losing to real top dogs.


We surely don't think the match was staged, but it did feel more like a friendly duel between two friends than a high-stakes battle like we saw in Daniel vs. Doug's case.

Our match in a nutshell so far pic.twitter.com/6XDr763vnK


Or maybe Limitless played this bad on purpose to get invited to the next Triton tournaments?

Missing live poker - hope to get an invite to the next $1 million buy-in ⁦@tritonpoker⁩ event. I will wear a suit and I promise not to drink too much 🍷
Online challenge with ⁦@CrownUpGuy⁩ is back in a few hours on https://t.co/TTKfiFFk9h pic.twitter.com/nTylmfGTng