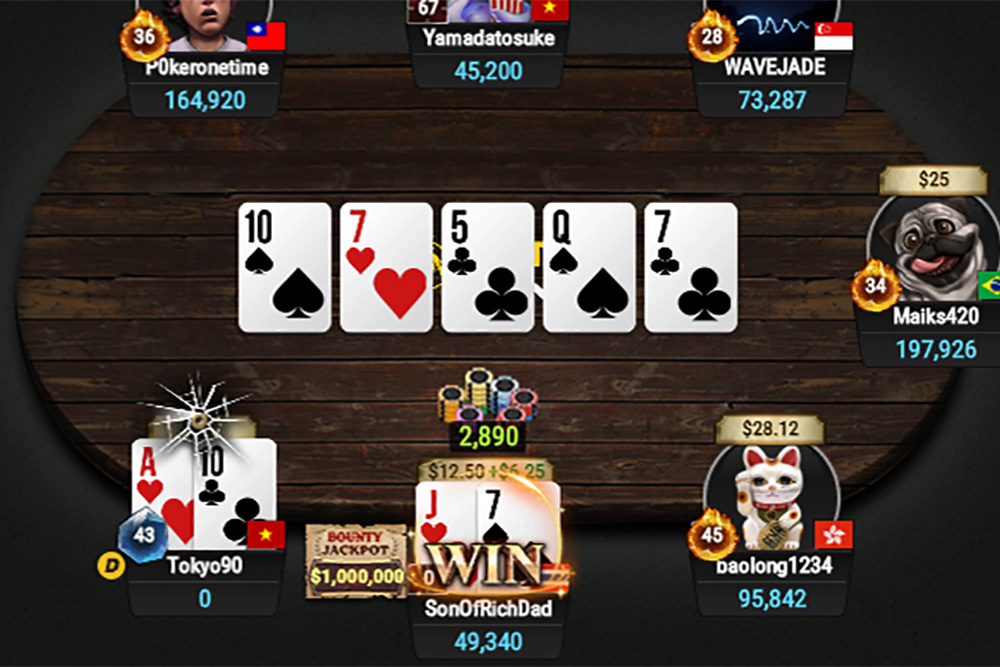 GGNetwork (GGPoker, Betkings, Natural8) has introduced Bounty Jackpots for tournaments earlier in October and it didn’t take long before someone hit the $1 million jackpot. It happened at a $54 buy-in Bounty Turbo tournament when SonOfRichDad knocked Tokyo90 out of the tournament and instead of getting only $12.50 for his bounty, the bell rang with a golden poster for a million-dollar payday! 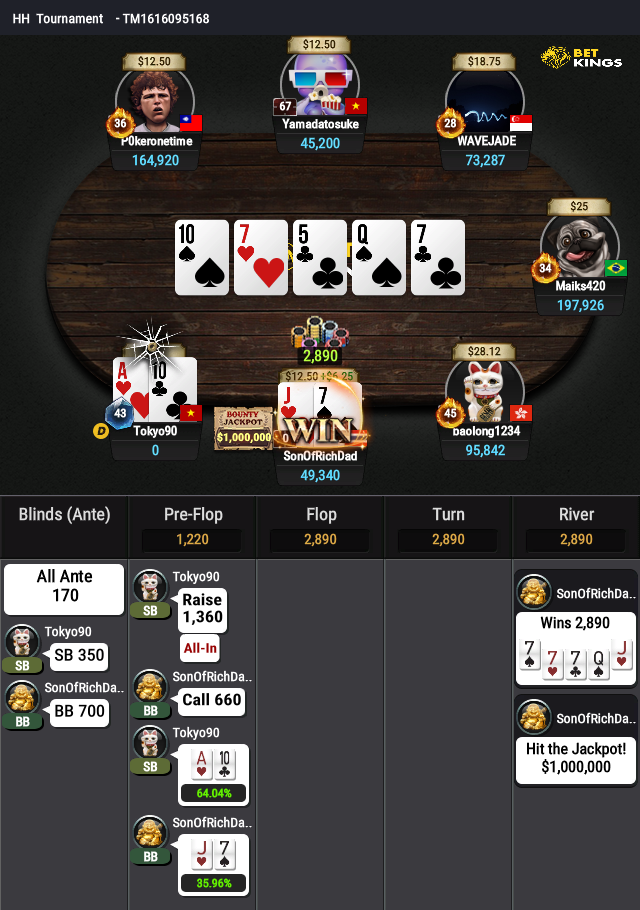 Hitting a Mega Bounty Jackpot at this buy-in level has a probability of just 0.043%, so very lucky occurrence for a player from Thailand, with quite an appropriate nickname if we might add. 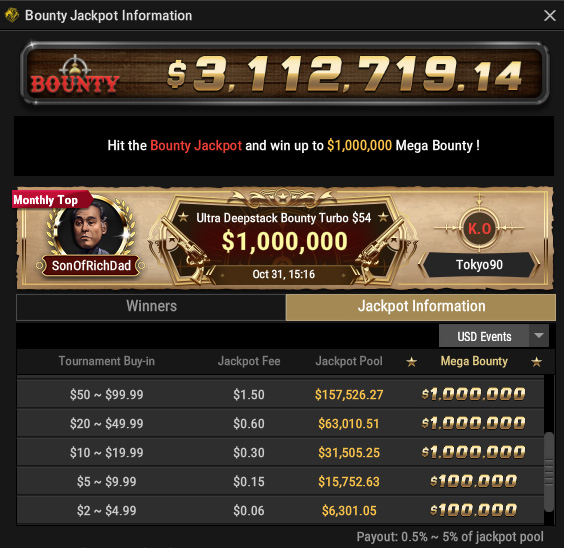 To our knowledge, this is only a third time that a bounty of $1 million has been given out at PKO Mystery Bounty tournaments. Matt Glantz won $1,000,000 bounty live at 2022 WSOP event, while Scott Ball pocketed 7 figure bounty at online version of the tournament at 2022 WSOP Online event.

What is Bounty Jackpot?

Bounty Jackpots are a mix of PKO and Mystery Bounty tournaments. Every time you collect a bounty, you also have a 0.1% chance of winning a portion of the jackpot, including the Mega Bounty set at either $100,000 or $1,000,000, depending on your buy-in level.

Bounty Jackpot is available in all the regularly scheduled progressive Bounty Tournaments, as well as in Battle Royale. Want to try it? Hop over to one of the GG Networks poker sites: