The 2022 partypoker World Championship Of Amateur Poker (WCOAP) is underway and has already crowned two of its champions online at partypoker. There is still plenty of tournaments left in this great worldwide series.

Day 1 of the opening event saw 705 players buy in for $55 and fight it out for their share of the $40,000 prize pool. The top 119 finishers won a slice of the main prize pool, but dozens more saw some prize money hit their partypoker accounts thanks to the PKO format of this exciting event.

Popular APAT member Adam Bromley put together an impressive run, but it ended in a 13th place finish, just shy of the final table. Bromley banked $261 for his efforts.

Nobody at the nine-handed final table would take home less than $450, with bounties included, for their efforts. Abid Rahman crashed out in ninth for $468 before Tomas Patka of Austria fell by the wayside and receive a $450 payout. 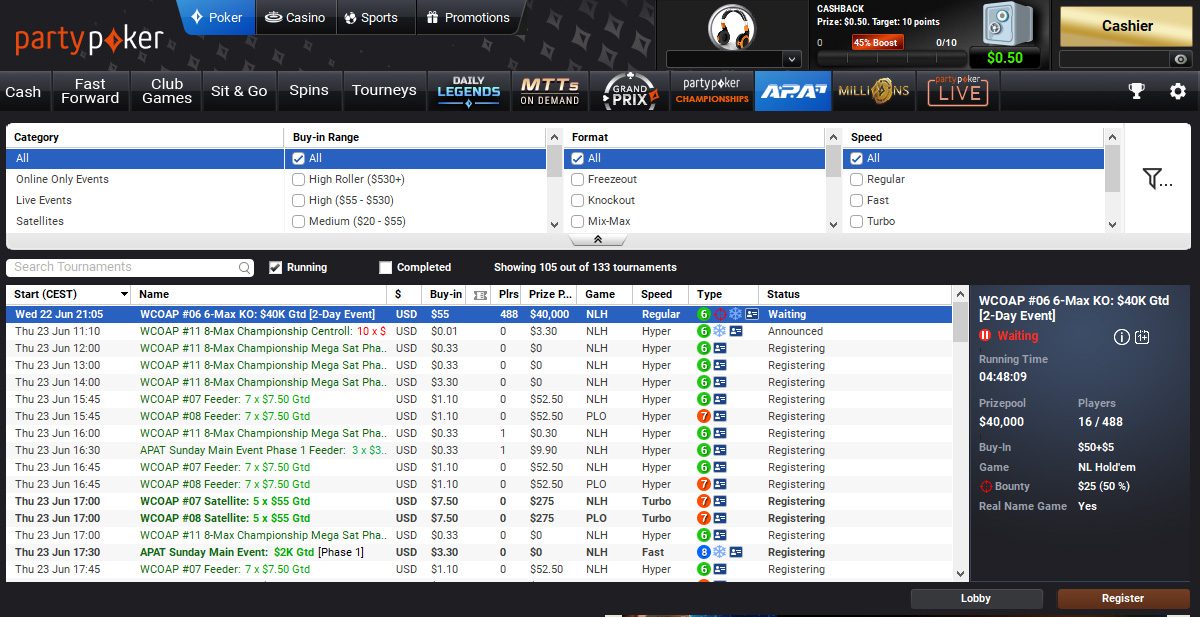 Seventh-place and $900, the last three-figure sum of the night, went to Guilherme Magaldi of Brazil, before Benjamin Sweetman and Andre Correia ran out of luck and made their way to the sidelines with $1,176 and $1,228 in tow.

German grinder Miroslaw Laborowski busted in fourth for $2,253, and heads-up was set when Hristo Dimitrov reeled in the $1,986 third-place prize from his home in Bulgaria.

Giorgi Galdavadze of Georgia and Peter Denly of the United Kingdom tangled in a one-on-on battle. The main prize pool awarded both players more than $2,770 but the final bounty payment was also four figures and most definitely worth fighting for. In the end, it was Galdavadze who receive that final, chunky bounty, which weighed in at $2,341. This lead to a total prize of $5,117 for the first APAT WCOAP champion of the series and a $3,536 consolation prize for the first runner-up. 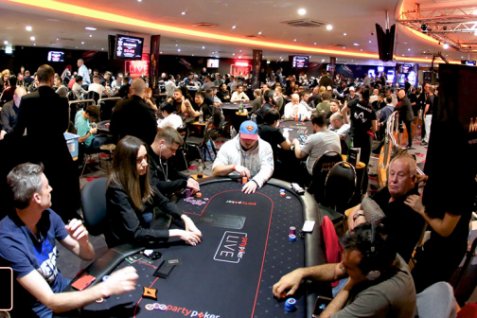