GGnetwork breaks another record, this time a tournament one 25 Aug

Not even a week has passed since we reported about the record-breaking cash game pot on GG network, and now we have witnessed another one, this time a tournament one. 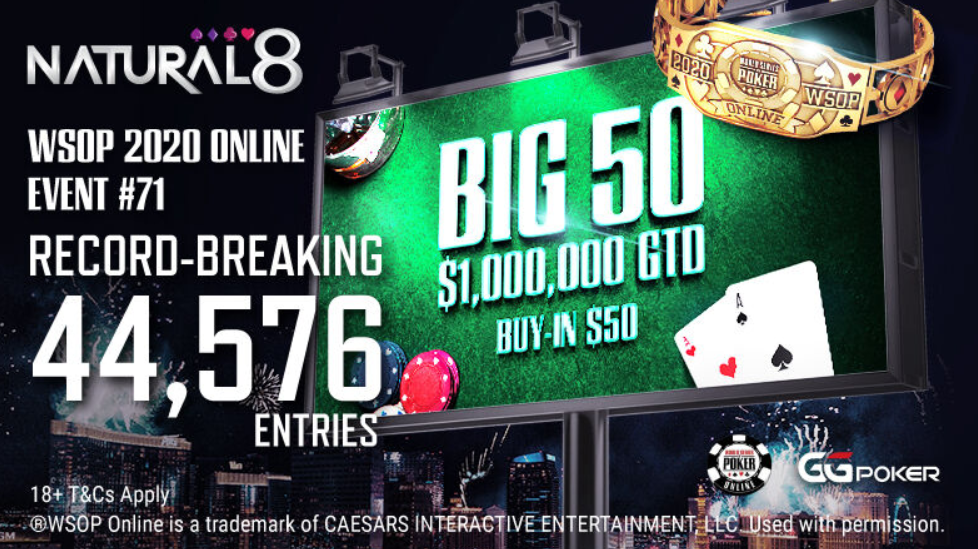 Last year the WSOP Championship had the biggest number of entries in its BIG 50 tournament, with a buy-in of $500. There was a total of 28.371 entries. But this year’s WSOP Online series on GG Network managed to beat this record at its first tournament, the event #32 $100 The Opener, with a total of 29.306 entries. The winner of the tournament has won a staggering $265,880. 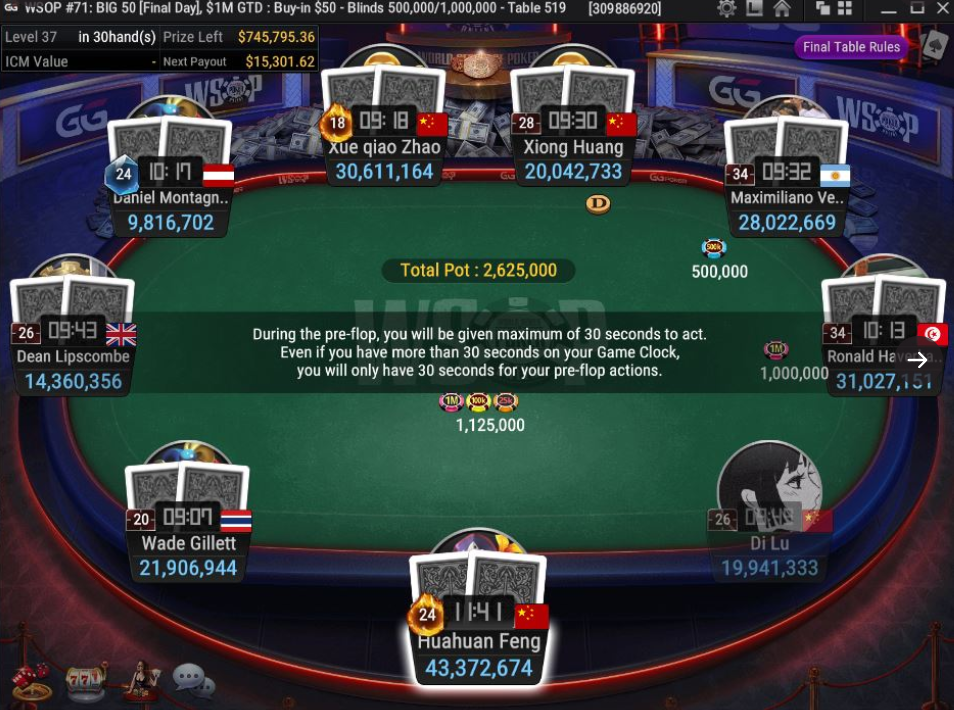 In the last hand, Zhao went all-in with Kd 6h and got called by Feng with Ad 6d. With the board being Jh Qh 2d 9s Jc, it meant that Huahuan Feng became the winner of the tournament, winning a WSOP bracelet and a staggering $223,381. 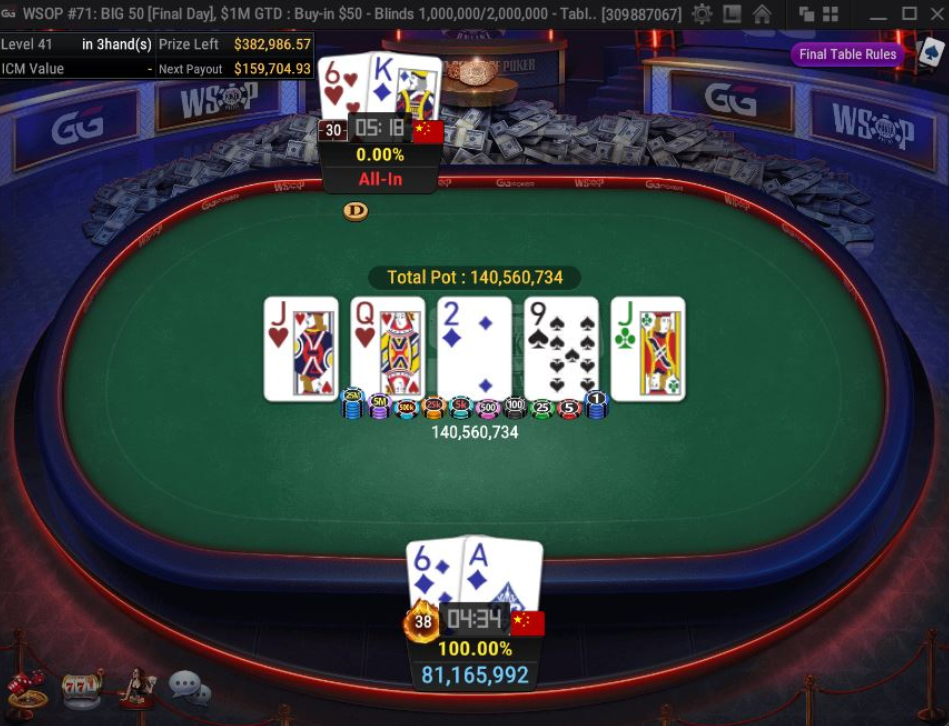