With the new update, GGNetwork (BetKings, GGpoker, Natural8, 2bet4win) has launched a new currency called Cash Game Dollars (C$), which will be used to award players in various promotions, buying into the games and to pay rake and jackpot fees.

What are Cash Game Dollars?

C$ are to cash games what Tournament Dollars (T$) are to tournaments, which have been available on GG for quite some time now. Like T$, players can choose which currency to use when buying into a cash game. 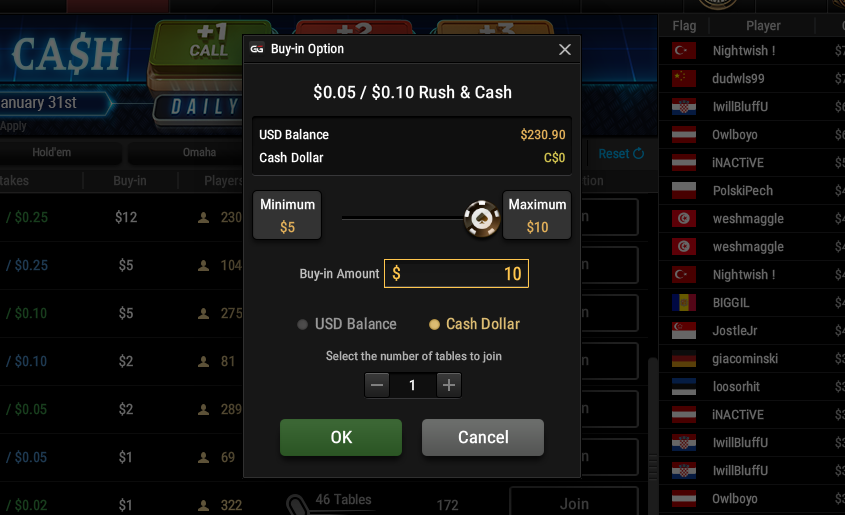 You can use C$ to buy-in into following games:

Player can choose whether to buy-in with C$ or real money. In case player doesn’t have sufficient bankroll in either of those, he can combine the buy-in. C$ will be used first and then cash balance, similar to T$. 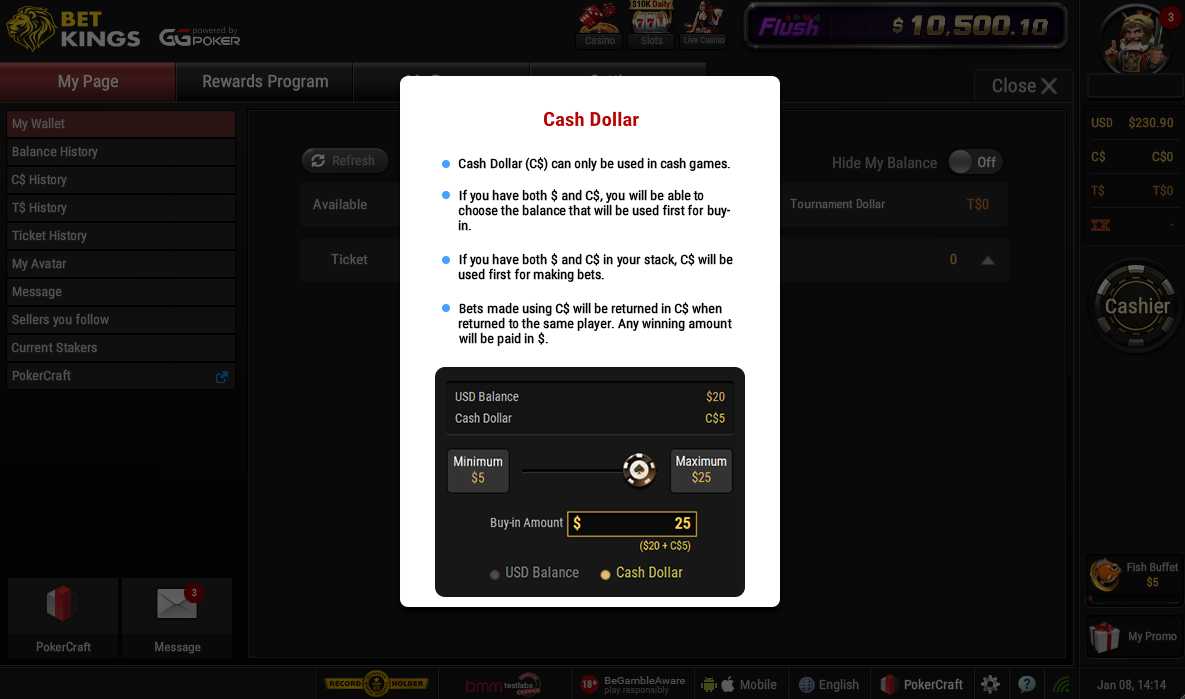 Network implemented C$ in order for players to not be able to immediately withdraw prizes won in the leaderboards, instead you now have to hit the tables and essentially clear it.

C$ will also be used to pay rake and jackpot fees. There is no other way to convert Cash Game Dollars to Real Money, but C$ balance will automatically decrease over time.