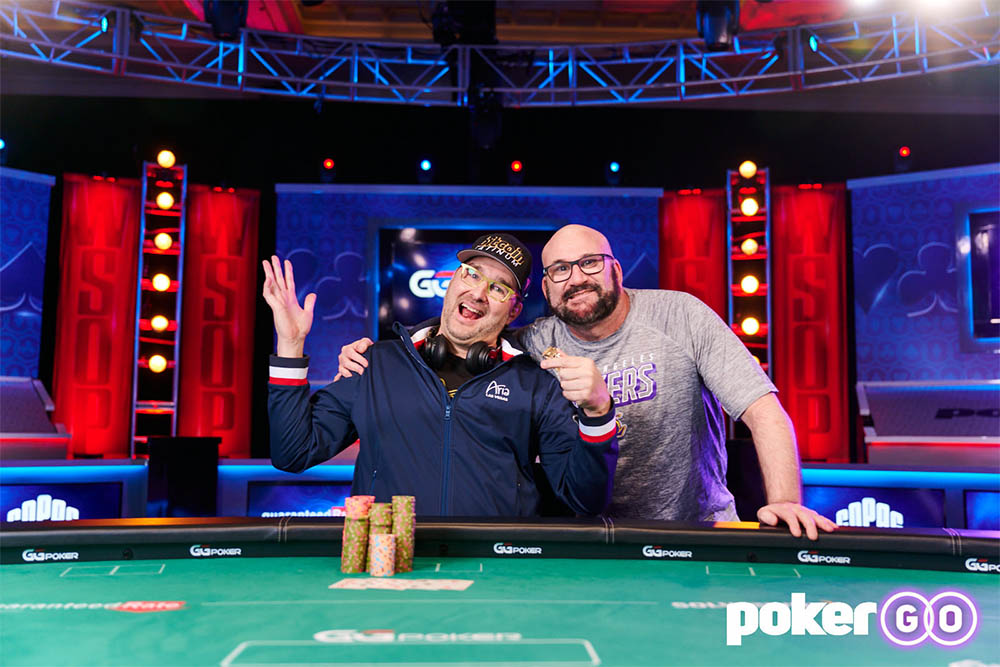 The most decorated and well known player in the history of the World Series of Poker has done it again. On Sunday, October 17, with his wife, friends, and several dozen fans surrounding WSOP main stage at the Rio All-Suite Hotel & Casino, Phil Hellmuth took home his 16th WSOP gold bracelet.

After four final tables and a lot of frustration, he finally went all the way in Event #31: $1,500 No-Limit 2-7 Lowball Draw. The win marks the sixteenth WSOP title for Hellmuth, whose incredible WSOP career includes 157 cashes and a breakout victory in the 1989 Main Event that made him the youngest champion in history at the time.

This is Hellmuth’s first WSOP gold bracelet in a deuce-to-seven poker game and his third in a non-Hold’em variation. The popular lowball variant drew a star-laden field of 272 runners and generated a prize pool of $363,120 that paid $84,851 to Hellmuth for the win.

“I’ve been fighting so fucking hard for this bracelet for so long in the deuce-to-seven,” Hellmuth said. “My game has gotten better and better and better. I’ve worked really hard at it, and I know all of these tricks because I’ve been playing it since the 1980s.”

Emotional!! Since 1990’s I’ve been wanting a @WSOP 2-7 No Limit Lowball Draw Bracelet because of the vibe Chip Reese @TexDolly Billy Baxter @ItsJohnnyChan Bob Stupak and crew brought to the event each year. I had a 2nd vs Billy and a 2nd vs John Juanda. Tonight I finally won one! pic.twitter.com/LBbI611D6P


Hellmuth now has 16 WSOP gold bracelets. The first 11 came in hold’em, and it wasn’t until his 12th gold bracelet victory that he picked one up in a non-hold’em variant, and that was razz in 2012. According to HendonMob.com, Hellmuth is the No. 1 money earner in razz at the WSOP. He won a second razz bracelet in 2015, but leading into this event it was 13 gold bracelets in hold’em and two in razz. Now with a deuce-to-seven bracelet, Hellmuth’s repertoire of success has been expanded.

He also holds the record for most cashes and is currently fourth in the all-time WSOP money list, but one title has been somehow avoiding him all over these years. That is the WSOP Player of the Year title, which is he is now the biggest contender to win finally. With this victory, Hellmuth is right there at the top of the WSOP Player of the Year race with Anthony Zinno, who won two gold bracelets in the last week.

Every bracelet Phil Hellmuth has won over his career