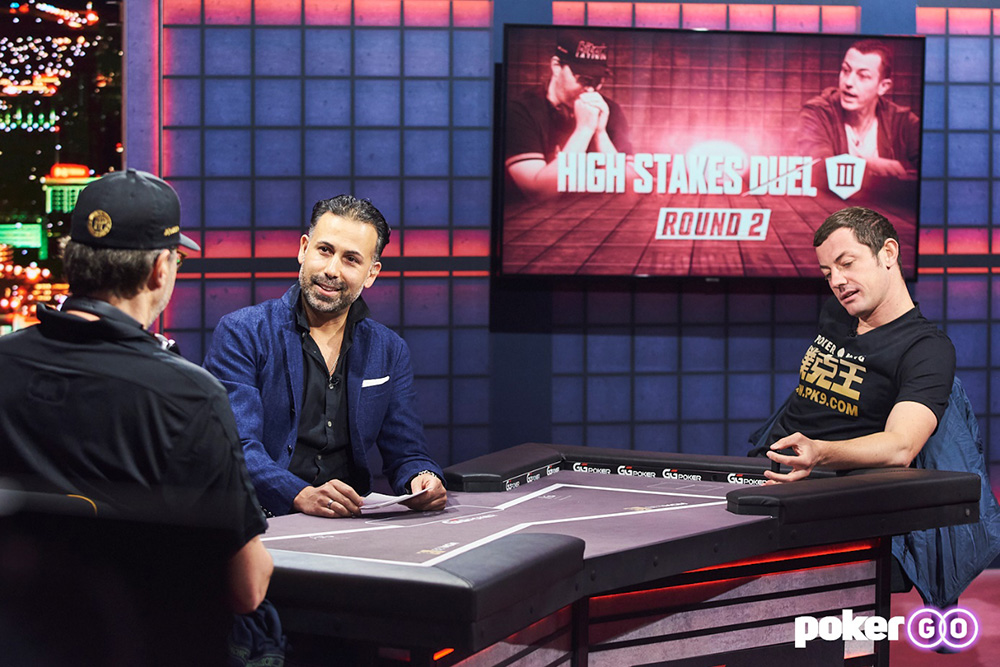 Well, 15-time World Series of Poker bracelet winner Phil Hellmuth didn’t get to the top by giving up, and apparently, he’s not going to start now. More than a week after losing in Round 2 of PokerGO's "High Stakes Duel III," Phil Hellmuth told Tom Dwan he wants a rematch. The "Poker Brat" will pay $200,000 to enter Round 3, doubling the prize pool to $400,000.
The date for the rematch hasn't been set but will likely occur prior to the start of the 52nd annual World Series of Poker, which begins September 30 at the Rio in Las Vegas.

I texted my boy @TomDwan to let him know that I am officially challenging him to a match for $200,000 ($400,000 total) in “High Stakes Duel,” only on @PokerGo App. Tom is a great great poker player, and he beat me last match. I’m sure next round will be a battle! #POSITIVITY pic.twitter.com/ITo0xV6NFP


It’s understandable that when you win 7 matches in a row, you can bend the rules a little. Originally, when past players have been ousted in the Duel, they have traditionally had 72 hours to decide if they will call for a rematch. For “The Poker Brat” it appears that PokerGO gave him a little more time to figure out his next move. Dwan originally dethroned Hellmuth in a five-and-a-half-hour battle back on August 26 and now, eight days later, the rematch has been confirmed.

The match, as always, will take place at the PokerGO Studio and air exclusively on the PokerGO app. Should Dwan win the rematch, there's a strong possibility that will be the end of Hellmuth's presence on the show. With the WSOP just around the corner, his focus will shift in that direction, potentially leaving the seat open for Phil Ivey or another big name poker star to step in and battle against Dwan. Of course, if Hellmuth wins Round 3, all bets are off on what will transpire in Round 4, if there is a fourth round.