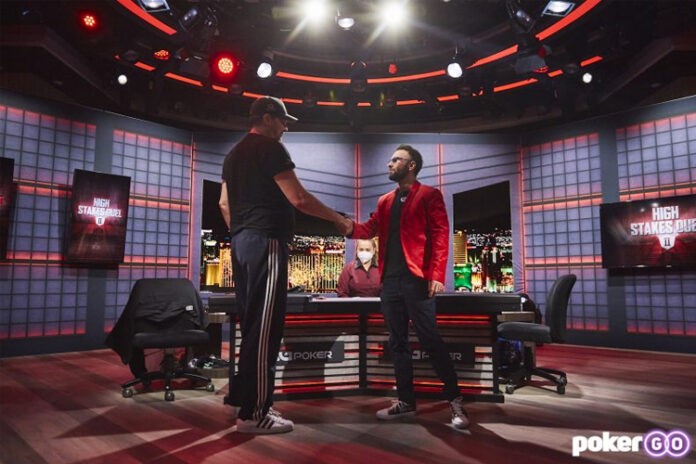 This week, the poker world will once again turn its attention to High Stakes Duel defending champion Phil Hellmuth is set to take on his arch enemy Daniel Negreanu in what will be a $200,000 winner-take-all heads-up battle.

The stage will be the studios of PokerGO on Wednesday night, while the stakes for play have gone up. Instead of the $50,000 buy-in from the first match, the stakes have gone up to $100,000 for this phase of the battle. Hellmuth, having won the first leg of the fight, will have his $100,000 already on the felt, while Negreanu will have to bring a fresh $100,000 to the table.


When these two faced off in the first match on March 31, Negreanu had the early edge and put a hurt on Hellmuth’s stack to the point where a victory for Kid Poker looked inevitable. However, as the blinds went up, Hellmuth held on and made some big hands in critical spots to double up and grind his way back. Roughly six hours into the match, Hellmuth completed his improbable comeback, winning his fourth High Stakes Duel match in a row and providing those who bet on him a reason to celebrate.


The fireworks will hit the air again on Wednesday at 8PM ET. PokerGO will feature a pre-game show at 7:30PM before the two step on to the stage. It is definitely something every poker player will not want to miss.