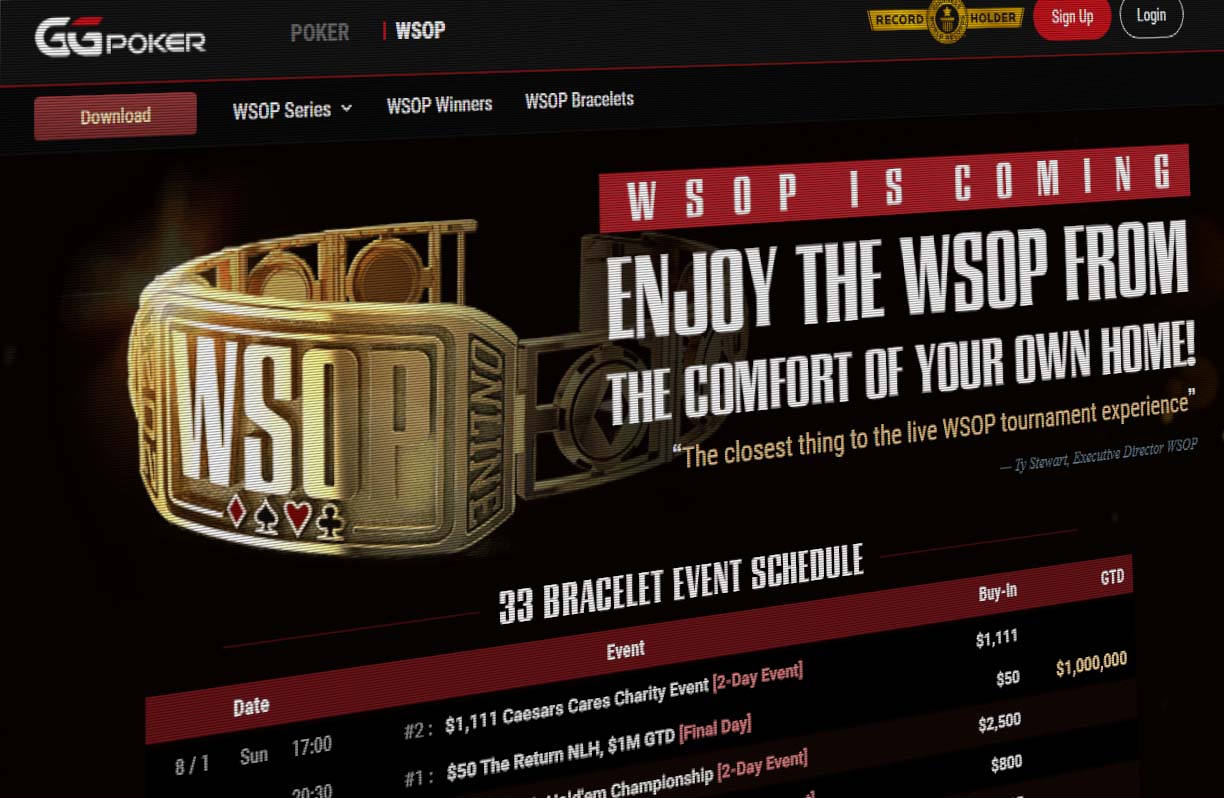 The 2021 World Series of Poker Online $1,000 buy-in double stack no-limit hold’em event attracted 5,894 entries, blowing away the $4 million guarantee to build a prize pool of $5,599,300. When the dust settled, Hinojas Jerome earned the largest share of that money as the last player standing. Jerome secured the top prize of $635,576 as well as a WSOP gold bracelet for the win.

The final day of this event began with 927 players remaining from the sea of entries that started. The top 600 finishers made the money, with a min-cash being worth $2,626. By the time the final table was set, Brazilian poker pro Felipe Ramos had battled his way into the lead. Jerome was the short stack, while 2020 WSOP Online $5,000 main event winner Stoyan Madanzhiev sat in the middle of the pack.

At the final table Stoyan Madanzhiev took over as the table captain, busting Manish "thekid" Lakhotia from the table first where both flopped a set but Madanzhiev had a higher one. Just hands later, Madanzhiev ripped it in with big slick, running into the aces of Nethanel "natykkk" Klein but a runner-runner broadway sent Klein out the door, putting Madanzhiev on top of the table with the lead.

The Bulgarian wasn't done just yet, calling a shove by Xuejian "LuckyCat00" Li. Li had ace-five but failed to catch up to the ace-nine of Madanzhiev and he finished off another player, extended his lead as she hit the rail. The reign of Jerome then began, doubling with ace-jack versus the ace-nine of Madanzhiev who was now near the bottom. Anton Yakuba tried to beat the newly acquired heater of Jerome but it was to no avail and Yakuba dropped in sixth place. The final table masher was the next to receive a payout when Madanzhiev called his stack in with ace-five from the big blind after a small blind shove by Jerome with queen-six. The board came down clean until a rivered queen, hitting Jerome with enough to drop the only bracelet winner left in the field.

Jerome quickly started opening every hand and Yi "jolen" Wang seemed to have had enough, jamming from big blind over the top of a button raise. Unfortunately, Jerome had pocket aces and the king-two of Wang failed to hit enough to crack them, sending him out in fourth place. Jerome shoved the small blind just a few hands later and Sriharsha "Upswinger" Doddapaneni called from the big blind, holding ace-queen. Jerome had nine-eight and flopped a nine, Doddapaneni failed to catch anything and was eliminated.

The heads-up portion of this event did not last long, taking just a few hands to find a winner. Jerome opened and Ramos jammed his stack with ace-jack. Jerome instantly called with ace-six and both then flopped a pair. Ramos was in an optimal spot and was looking to bridge the gap with a double but an unthinkable six landed on the river, cementing Jerome as the winner. Ramos took home a respectable $476,612 for his runner-up finish, and Jerome took home the shiny bracelet.