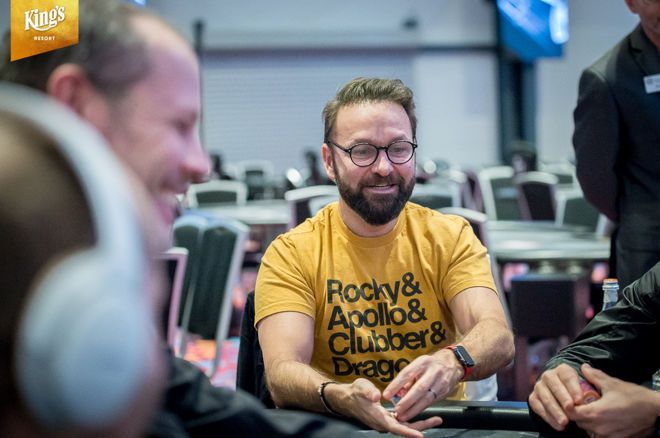 
In what was almost a 4 hours session Daniel led from the beginning till the end and was already almost $200k in front but lost some key hands (bluffs) in the last half an hour or so.

As he pointed out in the interview afterwards, his goal in 2021 is to win a bit less than one buyin each session, which should be just enough for a final win, now that the sessions are longer than at the start of the match. And he’s already ahead of the pace with two wins in 2021 totaling of $125,585.72.

We all know that poker doesn’t really work this way though, there’s bound to be some big wins and loses on each side and even Daniel himself pointed out that lady luck might determine the winner from this point on. 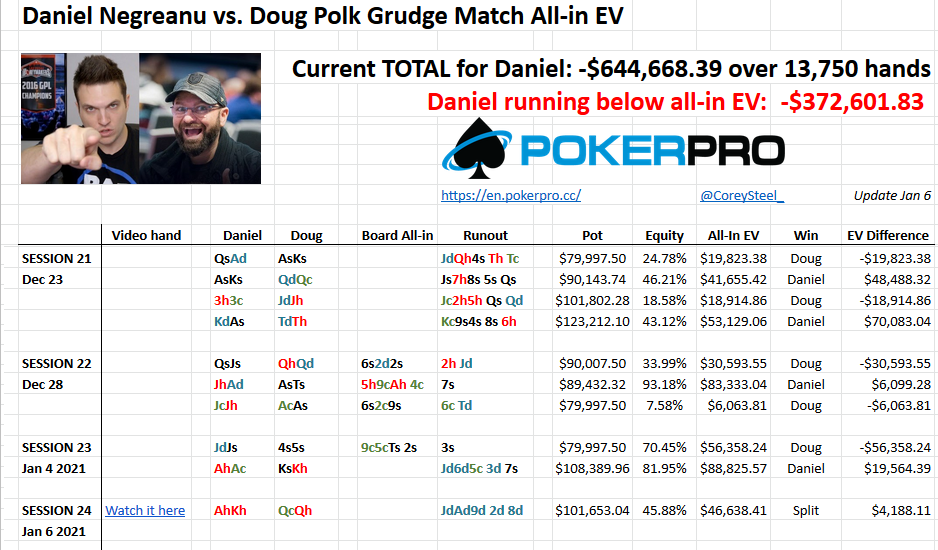 Of course, we can’t go over the fact that he’s still running $372k below all-in EV, which means that according to this he’s only down 7 buyins in EV. Definitely something that not many expected after 13,750 played hands.