The WSOP #70 $25,000 NLH Poker Players Championship tournament featured many of the most known poker players in the world, with 9 remaining players in the battle for the bracelet and the first prize of $1,800,290. The current leader by chips is Jason Koon.

The tournament was down to 57 players after only two and a half hours, with 55 players finishing in the money. The bubble saw an elimination of two superstars, Dan Smith and Michael Addamo. 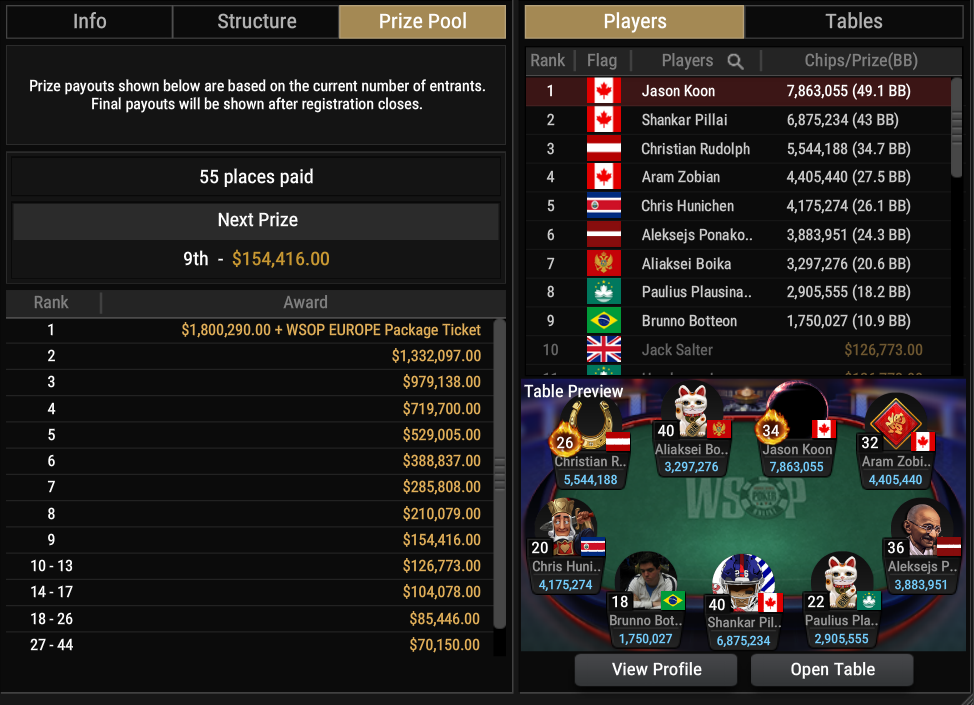 The tournament is now down to final 9 players, with the Canadian poker star, Jason Koon in the lead with 7.863.005 chips. Along with Koon, fighting for the first place and the WSOP bracelet are Shankar Pillai, Christian Rudolph, Aram Zobian, Chris Hunichen, Aleksejs Ponakovs, Aliaksei Boika, Paulius Plausinaitis, and Bruno Botteon. 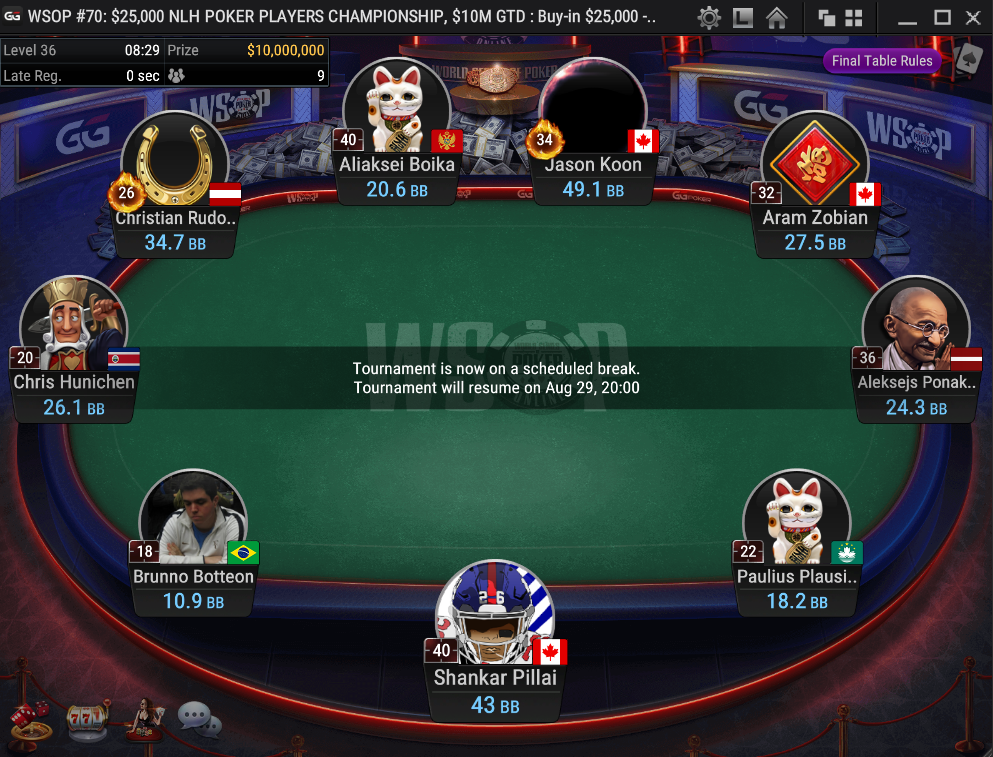 The final table resumes on Saturday, 29th of August at 20:00 CET, so make sure you don’t miss the live action on GGPokerOfficial Twitch Channel.