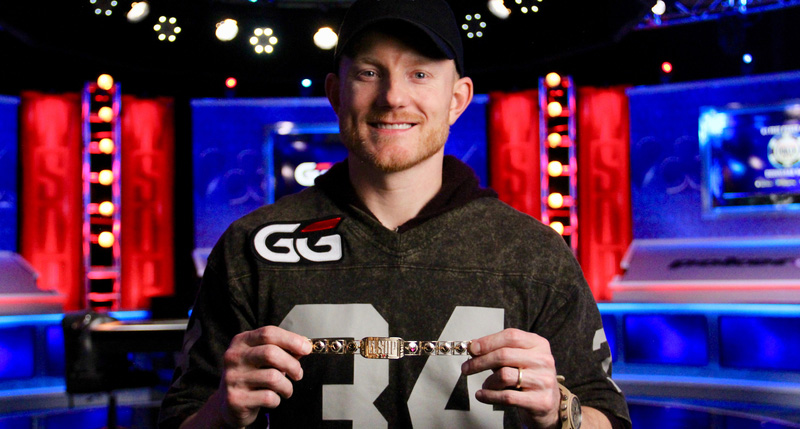 The newest addition to the GGPoker Team Jason Koon came into the 2021 World Series of Poker as one of the top ten players on poker’s all-time money list, but without a gold bracelet to his name. The 36-year-old was the second-highest earning player in the game without a title at the WSOP, with more than $33 million in career tournament earnings. 4,509 days and 49 in-the-money finishes after he recorded his first cash at the series back in 2009, Koon emerged victorious in the WSOP $25,000 buy-in no-limit hold’em heads-up championship to finally scratch his name off of the ‘best player without a bracelet’ list.

“It’s one of those things when you’re on an airplane and a person is like, ‘Do you have a bracelet?’ I’m just like, ‘Nope.’ At least I can finally say yes to that,” said Koon when asked about winning the bracelet. “I love coming here. I think I’ll play poker forever, and when it’s all said and done I think it’s inevitable I’ll have several of them.”

Koon had a whirlwind couple of weeks in the leadup to this victory. Just 15 days earlier he and his wife Bianca welcomed their first child into the world. A few days prior to this tournament’s start, the West Virginia-born poker pro was announced as the newest global ambassador for the online site GGPoker. Just hours after a press conference revealing his new sponsorship, Koon managed to make simultaneous deep runs in a pair of high-stakes events at the series, finishing ninth in the $25,000 no-limit hold’em event while placing sixth in the $5,300 online high roller by playing on a mobile device.

“I am another level of tired, honestly,” Koon said moments after coming out on top in this event. “The wife and everybody have been doing so much to help with the baby. We were up at 8:30 a.m. today taking him to a doctor’s appointment. Then I came here and played a couple of studs. Heads-up is so intense, but yeah, we got it.”

Koon had a tough road to the title. His opponents, from the first round through the semi-finals, were as follows: Chris Brewer, Nicolai Morris, Johannes Becker, Jake Daniels, and Finnish online heads-up specialist Henri Puustinen.