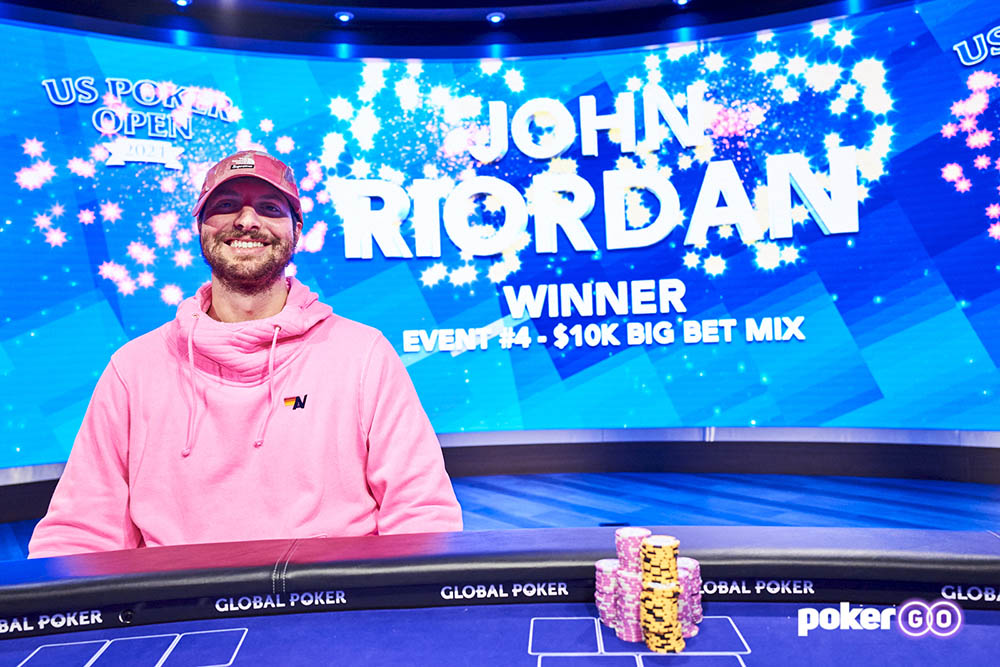 John Riordan entered the U.S. Poker Open Event #4: $10,000 Big Bet Mix with one of the shorter stacks in play before he came roaring back to eliminate two-time Global Poker Index Player of the Year Alex Foxen and Sean Perry to claim the title for $163,200. The tournament featured a rotation of three games; No Limit Hold’em, Pot Limit Omaha, and No Limit Deuce to Seven and had a 48-entrant field that also included power heavyweights Daniel Negreanu, Ali Imsirovic, and Stephen Chidwick.

During six-handed play at the final table, Jim Collopy was eliminated and Sean Perry saw his once-dominant chip lead disappear as Foxen took control. In the early goings of the PokerGO live-streamed action, Riordan chipped up while Okin waited for a chance to double up. This chance came during the Pot-Limit Omaha section of this mix, but Okin’s ace-queen-six-deuce was no match for Perry’s ace-ace-king-king. Adding insult to injury, Perry flopped top set and while Okin held hope by turning a gutshot straight draw, the river blanked and he was sent packing. 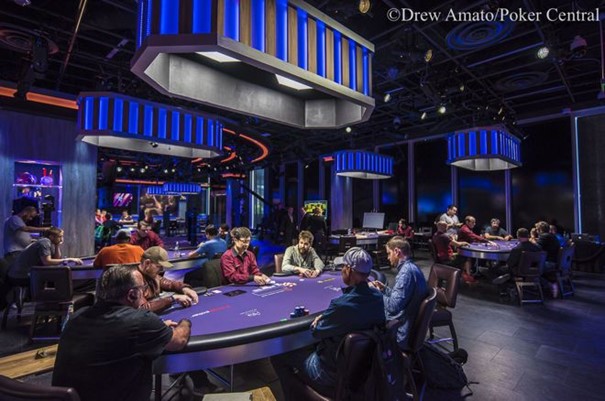 Four-handed play last several hours as no fewer than 11 all-in confrontations resulted in a double-up before Maxx Coleman ultimately got ousted. Coleman doubled up Foxen during No-Limit 2-7 Single Draw and was left with a little more than one big blind when Perry busted him. On Coleman’s final hand he was left to draw two cards against Perry’s pat queen-eight. Coleman tabled ten-nine-four and while his first card, a seven, kept his hopes alive, the nine of hearts paired his hand to seal his fate.

As the increasing blinds forced players into a shove-or-fold approach, Foxen put his final 11 big blinds into the middle with jack-nine offsuit from the small blind. Riordan gave it some thought before calling with king-eight suited and the board gave him a winning pair of kings. The final hand took place during Deuce as Riordan put Perry all-in holding nine-eight-seven-six-six. Perry called all-in with queen-ten-seven-seven-deuce, drawing two, while Riordan requested one new card. Perry received two jacks from the dealer and despite pairing his six, Riordan took down the event.