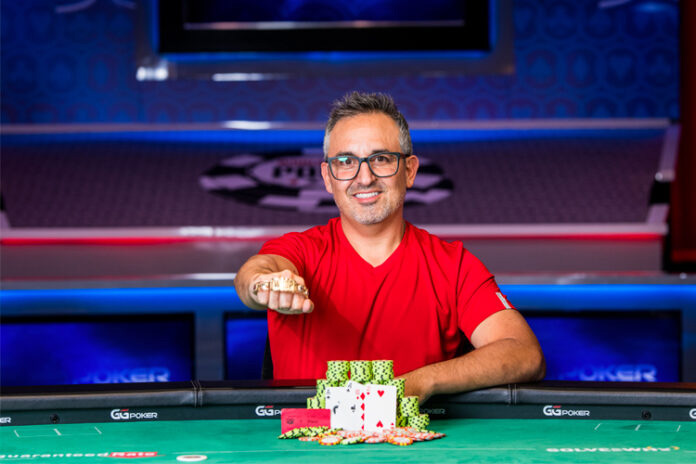 The Rio was buzzing on Friday for the World Series of Poker as six different events were taking place in various parts of the Amazon Room, Brasilia, and Pavilion.

However, all eyes were on the final table of the $1,500 Pot Limit Omaha where longtime WSOP mixed game grinder Arieh, went the distance in commanding fashion, besting the final table of five and picking up $204,766 and the gold bracelet.

At the same time, the $10K. H.O.R.S.E. brought back a stable full of bracelet winners to see who would make the prestigious final table and another two events kicked off to keep the action going throughout the weekend.

The final day of Event #39 ($1,500 Pot Limit Omaha) brought back the final six players to determine who would walk away with the $204,766 first-place prize and gold bracelet.
In the end, it was PocketFives own Josh Arieh who dominated the entire final table and earned the third gold bracelet of his career – his first since 2005 – and the sixth-largest WSOP cash of his career.