The main event of the Jackie's Poker Tour has ended last night, after a full week of tournaments in Casino Sortis, Panama. Juan Luis Ruiz from Venezuela took home the win and $101,000.

Players from Europe, Asia and America in general participated in the 5 days that were offered as starting flights. It ended on Sunday at 11:00 pm, with a deal by Victor Lemos who took $89,000 for second place and by Jose Luis Ruiz who had a bigger stack, and after the deal he take home $101,000. The original prize would be $120,000 for first place and $70,000 for second. After the deal, they flipped for the remaining $2,000 and the beatiful trophy.

The final table started with 4 very even chip leaders and the one with the fewest chips was first out Wilson Cardenas, followed by Richard Menjuca who went all in pre-flop with a pair of kings and lost to the pair of aces of the influencer Camilo Posada. After his departure the three players who were on the right side of the dealer got bigger until there were only 4 left Adrián Troya on the left side of the dealer was the last short stack who managed to double his blinds a few minutes before the break with AK against Peruvian Carlos Sobenese. 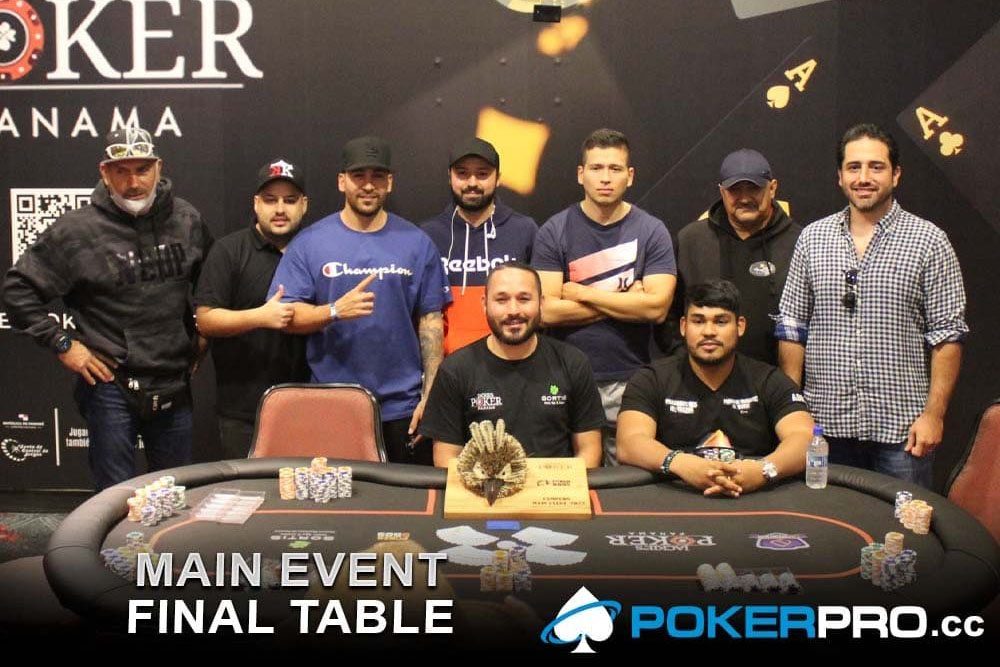 The 4 player game started after the 40 minute break with Jose Luis Ruiz leading with 4,600,000 in chips, followed by Victor Lemos with 3,400,000 in chips, in the middle of them was Peruvian Carlos Sobenese with 1,600,000 in chips and on the other side from the table the Panamanian Adrián Troya with 1,200,000 in chips.
On the second hand after the break the Peruvian doubled against the chip leader with two pair and after that the games slowed down. Lemos who was getting shorter and shorter told his opponents "Either I double or they take me out, but be quick" and the next hand with a pair of jacks he went ALL-IN pre-flop and Ruiz calls him with K3 and a king on the turn which knocks Troy off the table, but he took home about $33,300 for fourth place.

Game of three started with the blinds at 50,000/100,000 and they were very even in chips. Sobenese was the one who got his aces cracked by trip sevens and had to leave in third place and $41,400 prize.

After the elimination of the Peruvian Sobenese quickly, the two rivals that remained at the table began to negotiate a deal to share the $50,000, which was the difference in payments of the first and second place, after many proposals and having counted their chips they decided on leave 2,000 dollars and the trophy for whoever wins, dividing the money $89,000 for Lemos and $99,000 for Ruiz who also took the remaining $2,000 and the championship trophy.

The whole week of the series was organized in a very professional way, we enjoyed each tournament with players from many countries. We met new and interesting faces, our experience was very joyful. We look forward to the upcoming events in Panama.