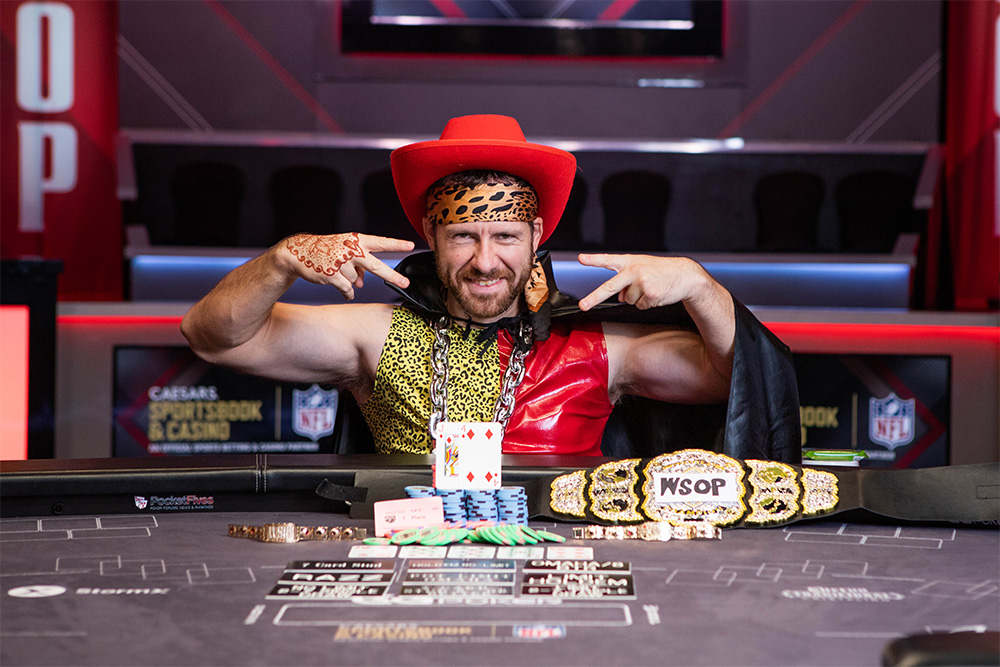 Dan "Jungleman" Cates achieved an incredible feat of winning one of the hardest and most prestigious poker events - $50,000 Poker Player Championship at World Series of Poker. Not only that, he did it for the second year in a row! This time around he defeated Brazilian Yuri Dzivielevski in a heads-up match, securing his second bracelet along with $1,449,103 money prize.

2022 PPC tournament attracted 112 entries, compared to 63-player field from WSOP 2021. Fifth and final day started with five players at the table and Jungleman came dressed for occasion once again. Last year he took it down as Japanese anime character, this year defended the tiles as “Macho Man.” 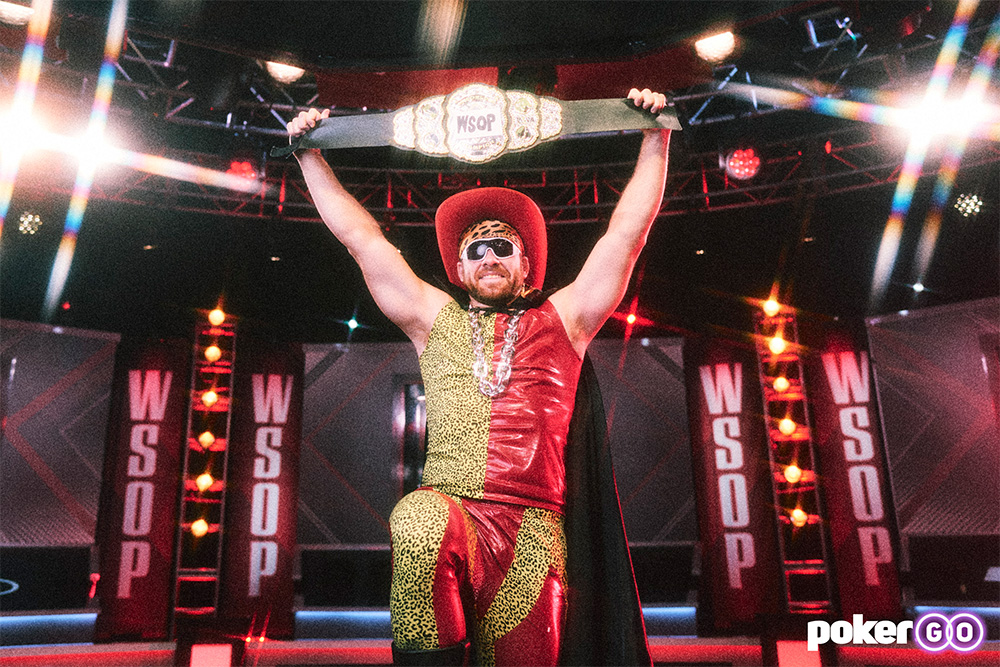 German Johannes Becker was the first one to go in No Limit Hold’em with AT against Benny Glaser’s AQ, who came into the chip lead.


Brit was one of the favorites to win it all, but Cates went on a heater against him in Limit Hold’em and later in NL 27 Single Draw games. Soon after that, Glaser was out of the tournament, Kihara making the final blow with pat 8 against Glaser’s pat 9. A huge disappointment for 4-time WSOP bracelet winner.

Rough ending for @BennyGlaser, his day ends with a fourth-place finish. Love the respect he has for this tournament at the @WSOP: pic.twitter.com/GXvTYeUpTe


The gap between Jungleman other two players in Kihara and Dzivielevski was still significant one, even though Naoya Kihara survived three all-ins. First one in Limit Hold’em with 42 against Yuri’s 86, second one in NL 27 Single Draw against Cates and the third double came in Stud8. Naoya, who is very respected Mixed Game player, was bleeding chips in between these double ups as well and eventually he finished in 3rd place for $639,257 after being eliminated in 27 Triple Draw.

Dan started the heads-up with more than a 3:1 chip lead over Yuri, but Brazilian caught up with American with a big pot in 27 Triple Draw and later in NL Hold’em. Back and forth started and not only between the players, but also on the sidelines between two camps, both cheering for their favorite.

Discord Facebook Instagram Youtube Telegram Twitter
“Macho Man” built his stack again in what is probably his best game – PL Omaha. He had a chance to take an early win when he put Yuri all-in on QT6 board holding KJ44 with a flush and straight draw, against a set of tens, but turn and river bricked.
Momentum was now on Brazilian side with Stud8 scoop, wrong hero calls from Jungleman and he came into his own 3:1 chip lead. But it wasn’t long before the guys were square again.

The heads-up battle rages on in the $50K Poker Players Championship as @YuriNerdguy pulls the trigger on a bluff.@junglemandan has trip jacks and doesn't waste time calling to double, bringing the stacks back to even.


After more than 6 hours of heads-up, limits were high, and every little mistake had a huge impact on your tournament life. It seems Cates handled that pressure better than Brazilian poker superstar.

Turning point of the match was a massive hand in Limit 27 Triple Draw, where Dan took almost all chips from Yuri with “number two” 76432 against his 87543 hand. He was left with literally a chip and a chair but managed to double up four times, before finally failing the fifth time Q5 against J4.

MACHO MAN DAN COMPLETES THE TITLE DEFENSE! @junglemandan is now the only back-to-back champion in the history of the $50K Poker Players Championship. 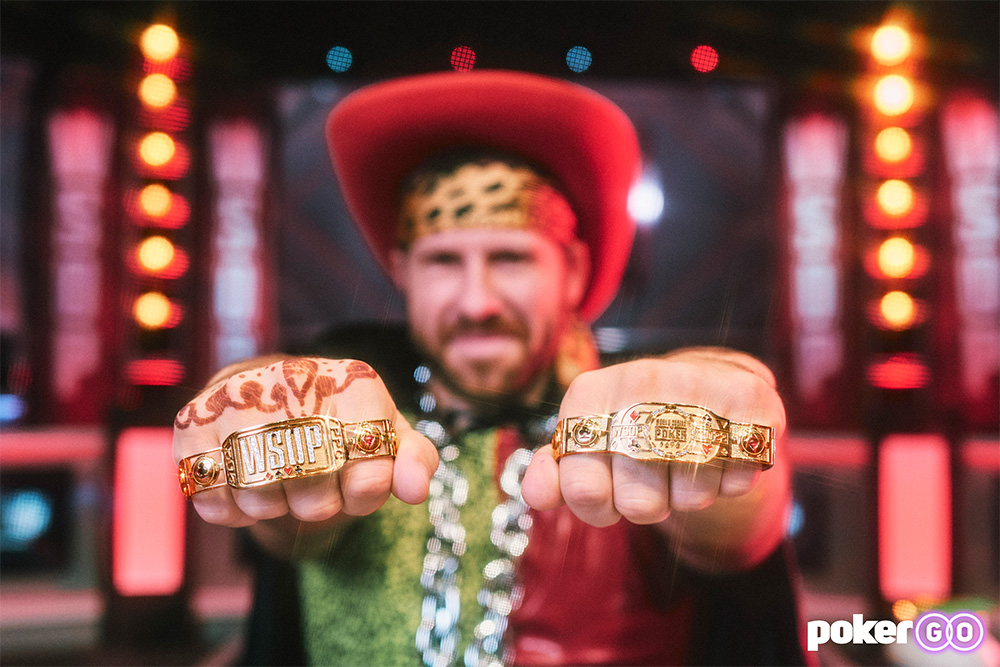